Expats in Moscow: 9 things to know about Moscow before you make the leap

Have you ever heard the phrase “Peacefully Chaotic?” I doubt if you have.

When asked to describe Moscow in a few words, I sigh and say, the Third Rome is Peacefully Chaotic.

Peaceful because you’re safe everywhere you go. Chaotic because of its fast-paced nature. If you’re not careful, you might get lost in the bustles of Moscow. 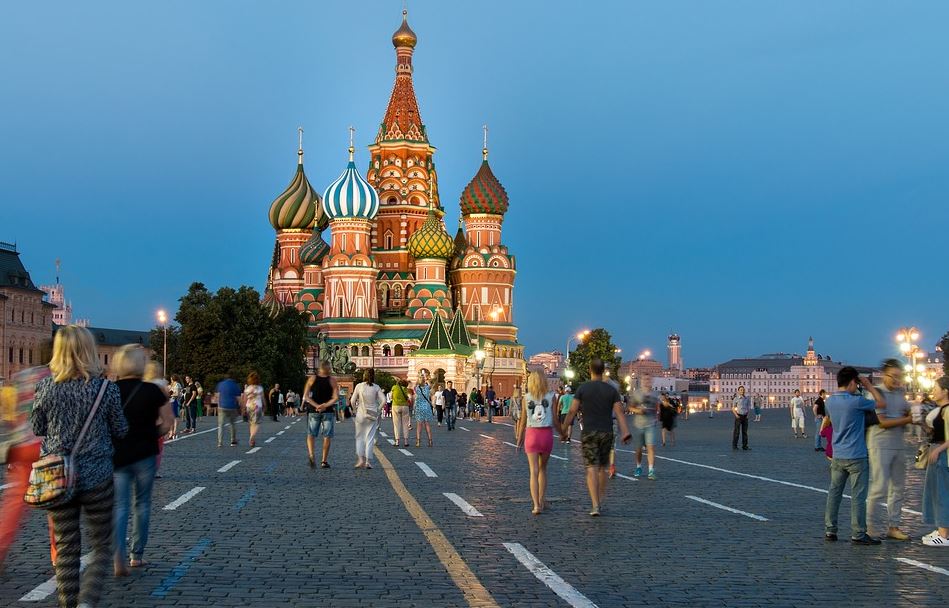 That said, whether you’re coming for the legendary museums, for business, to school, or simply to catch a glimpse of the beautiful views in Moscow, here is a list of things you need to know before making your way here.

Would you believe me if I told you the weatherman once read –42.20C in Moscow some decades ago? It happened in January 1940.

Sounds scary? I know, right. The good news, however, is temperatures are relatively more favorable nowadays. Like in most parts of the world, winter is usually the coldest months. But even then, temperatures don’t normally drop beyond –100C or thereabouts.

Currently, Moscow is in summer and the weatherman today reads 29 0C, which is sunnier than what we have in the USA (22.20C).

By and large, don’t dread Moscow’s weather. Instead, research the prevailing climate before coming so that you can know what to prepare for.

Whether you’re looking for rental apartments, like a flat, to reside in during your stay, or you’re interested in buying real estate for sale in Russia, there are so many reputable outlets waiting in the wings to help out. One such company is Moscowestates.com, which specializes in all things Moscow real estate listings.

They help expats find affordable or luxurious properties in the very heart of Moscow, Russia.

Say you plan on visiting Moscow in a few months time, you can use their extensive database to search for all kinds of real estate listings, including rental apartments with excellent views, penthouses in Moscow’s celebrated residential complexes, suburban mansions, gated community residences, palaces, mansions, and cottages.

In short, it doesn’t matter the kind of property you’re looking for in Moscow; companies like Moscow Estates can help you find it in a matter of seconds.

As expected, Moscow doesn’t speak much of the English language. Although a good fraction of residents understands and can converse in English, it’s still best to hone your Russian before coming.

If you think that’s too much to ask, you can download a couple of language translators on your mobile device, which will help you navigate your way through the heart of Moscow.

For starters, you can download Yandex Translate. It works online and offline and can translate up to 94 languages, Russian inclusive.

What’s more, it can even translate text from photos.

Most major cities in the world claim they run fast-paced societies, but rarely will you see people walking at lightning speeds in these places.

In contrast, Moscow folks walk like they’re running. Don’t be surprised if someone accidentally bumps into you while you’re making your way to the metro. He doesn’t mean to hurt you. He’s just in a rush. Everybody is in a rush here, hence the name RUSSHia (LOL.)

Your best bet is to up your walking game so that you won’t be the guy everyone shoves around in a queue or on the bus.

As an expat in Moscow, your ID is your passport. For security reasons, Moscow police officers might check people’s IDs at random. So to avoid any embarrassment or delay, you should always carry your passport around.

Perhaps you’re used to hopping on pedestrian bridges when crossing roads in your home country. You won’t find many of those here.

Moscow deals more in underground passageways. These passageways are how you navigate your way across streets.

For first-timers, navigating these underground passageways might be a bit of a challenge. But not if you’ve downloaded Yandex before coming. Yandex Metro is Moscow’s version of Google Map, albeit more reliable. The Yandex Metro is how you find your way in and around Moscow’s underground system.

Once you begin your journey, you simply indicate your “start station” and “destination,” on the app, and the app tells you which line to take, where to turn, and alternative routes to follow. What’s more, it’ll also help you calculate the amount of time remaining before reaching your destination.

Don’t get to Moscow and start waving your hands for taxis to stop for you. Like in most major cities, Moscow has provisions for ridesharing, too. There is Uber, and there is Yandex Taxi. These two are the most popular ridesharing platforms in the region.

So before you go, download either of the apps to help you connect with a driver upon your arrival.

It is true Moscow is cashless-friendly, but not everywhere runs on credit cards. So to avoid getting stranded, you should have enough cash on you as you navigate your way through Moscow’s series of concentric rings.

If there is one thing Moscow gives out for free, it is internet access. Everywhere you go, there’s free wi-fi, from bars to clubs, restaurants to pubs, hotels to metro.

You really don’t need to worry about buying cellular data. Internet access here is almost free. Unless, of course, you need to do your own thing in your apartment.