Explain VPN – How Does It Protect You & Your PC? 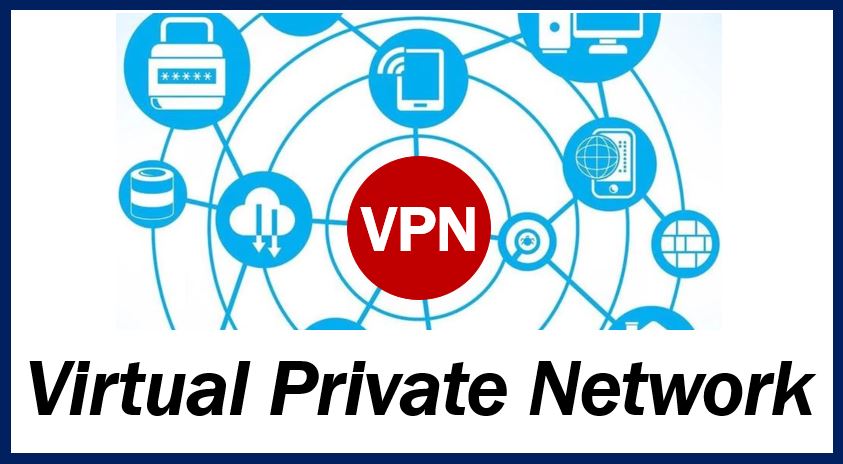 A Virtual Private Network (VPN) safeguards your privacy and filters potential outside interference from snooping to hacking by encrypting all data transferred between the computer and server. Connecting to a VPN provides access to an anonymous ID that shields your original identity on the web for security and maximal anonymity when using internet-related sites or communicating with others.

When you’re connected to a VPN, all your activities are safely carried out with perfect security and anonymity. You can avoid hacking and snooping activities while surfing the internet as VPN assigns you a masked IP address, hiding your original identity on the web.

A VPN simply creates a secure bridge between the user and the VPN server. All your outgoing traffic is encrypted and carried out through this tunnel which makes it difficult for third parties to exploit your personal information.

A VPN can do more than just change your IP address, it gives you access to the geo-restricted contents on the web, lets you stream geo-based movies and TV shows, and even lets you play your favorite AR game by spoofing your location. To know more about how VPNs work, click here.

How Does VPN Encryption Work?

Even if someone had permission to view what goes through the secure tunnel between you and the VPN server (let’s say your Internet Service Provider), they would see nothing but gibberish, which can only be decrypted with a key.

The purpose of creating the VPN has evolved over time. Now it is all about how a VPN is further strengthened to eliminate prying eyes over your personal data. There are two types of VPNs.

VPNs with remote access allow you to connect to any server on the planet (as long as that particular website is supported by the provider). You use your routine VPN daily if you want to unblock geo-restricted websites or watch different Netflix libraries.

A remote-access VPN is also used by businesses that want their remote employees to connect to the company’s internal network and access company resources.

A Personal Remote Access VPN is a VPN you use daily for your personal activities to access geo-blocked content and stream geo-based movies and TV shows.

Whereas, a Business Remote Access VPN is used by businesses to make sure their employees have access to the company resources from anywhere!

A Site-to-site VPN can be used to connect offices with multiple locations so that the networks are safely connected. If, however, one office connects another office of the same company through a site-to-site VPN, this is an Intranet Site-to-Site VPN.

If instead, a company connects to the network of another company through site-to-site VPN, then it is Extranet Site-to-Site VPN.

A VPN protocol is the set of instructions, rules by which a user’s information moves through a virtual private tunnel to reach the server. These protocols ensure routing and maintain security and anonymity on an intended destination website with encryption.

Point-to-Point Tunneling Protocol (PPTP), a protocol introduced in the 1990s by Microsoft, is available in nearly any operating system with access to a server and provides adequate security for most clients.

It has been cracked over time and as such is no longer widely used because it cannot provide the protection that clients require.

Many secure protocols have surfaced since the introduction of VPNs. Some providers even combine different codes to provide more privacy through newer, faster services.

WireGuard is an open-source VPN protocol that was only available for Linux users at first but has since been developed to work on all the most widely used platforms.

WireGuard aims for a variety of benefits including allowing you to access region-restricted websites and improving security when accessing public WiFi networks.

It is smoother, less restricting, easy to audit and maintain as it has only 4000 lines of codes, comparing it to OpenVPN which has over 75000.

IKEv2, also known as “Internet Key Exchange Protocol version 2”, is a popular protocol among VPNs and has been used with IPSec to create secure tunnels. IKEv2 features 256-bit encryption just like OpenVPN, but it is not open-source like OpenVPN.

L2TP and IPSec are merged together to form a stronger encryption method than PPTP to secure user traffic. Layer 2 Tunnel Protocol is less popular but more secure than PPTP.

When implemented, L2TP/IPsec provides web browsing and messaging privacy over an encrypted connection which is extremely difficult if not impossible to crack.

When connecting to a VPN server that is remote from the original location or in general, it’s smart to choose OpenVPN as your protocol. First of all, AES256 encryption makes this option one of the safest available with very strong security.

Moreover, this open-source protocol also gives developers access to its code so they can work on improving it, making it even safer for everyone connected.

Why Use A VPN?

One reason that VPNs are so popular is that they come with a lot of benefits. For instance, if you like to stream movies, shop online, or play geo-based mobile games, then a VPN might be what you need since it will provide an encrypted connection and masked identity.

If you are traveling outside of the country, don’t be dismayed if you find that your favorite region-restricted websites do not load. You can use a Virtual Private Network to view these sites by ‘spoofing’ an IP address from another location and accessing geo-blocked content which would otherwise be inaccessible.

Virtual Private Networks are a great way to protect you when using public WiFi simply because hackers may use these WiFis as an opportunity to steal your personal data.

Properly explained by AARP (American Association of Retired Persons) in its “Scams and Fraud” article about Public WiFi Scams that how hackers can set up bogus wifi networks and exploit your personal information by tricking you to fill some form with your details.

Using a VPN will also work well for protecting your privacy while overseas in the event that cybercriminals take advantage of unsecured networks.

A VPN, or Virtual Private Network, allows you to create a secure connection over the Internet that is more difficult for websites to track and encrypts your internet activity towards advertisers.

When you allow cookies on the purchasing websites, they can track your purchasing behavior and analyze a percentage of the money you spent on products previously. With this, the products you buy in the future might have arbitrary prices according to the profile and geo-location the websites set for you.

In order to save on products, you need to connect to a VPN and mask your identity to make sure that the website doesn’t track your purchasing behavior. More than that, you can also change your location and get your item at the cheapest price as purchasing websites put prices on their items according to different regions.

It can be frustrating when you are unable to find your favorite movie or TV show on streaming platforms like Netflix or HBO Max. With a VPN, you can unlock international libraries and use a Netflix of some other region with large movie and TV show libraries, like the US or Japan.

How to Choose A VPN?

Before choosing a VPN, you have to make sure it fulfills all your needs and offers plenty of useful features which might come in handy. A reliable VPN service should be offering these features.

You need to make sure that your VPN offers the latest protocols available. A protocol is basically instructions to route traffic, which includes encryption and other basic security features.

OpenVPN currently stands out as being among the better options because it performs well in both speed and security, relative to the majority of options available now.

One of the many considerations that users should make when choosing a VPN is how many servers it has.

It is in your best interest to research the number of servers as well as where they are located so you know what type of connection speed to expect, which can vary based on server location.

It also works if you want to try out many server locations to access streaming platforms of different regions.

With a paid VPN subscription from SurfsharkVPN or IPVanish, or by setting up a router-based connection, you can connect all devices to one subscription.

A VPN kill switch ensures that your online activity is automatically terminated if the VPN suddenly goes offline. Although it is not likely that a trusted VPN would crash, still, a kill-switch is necessary to be hundred percent sure that you don’t expose your online identity if your VPN crashes unannounced.

Evident from TNW’s article on how VPNs sell user data to third parties, most VPN providers (Free VPNs) earn their share by logging user data and selling that data to concerned parties for marketing strategies.

VPN services with strict logging policies will not store personal data and make sure their customer’s data is anonymous. Reliable VPN providers are audited by third-party firms to prove their transparency about logging policies to customers.

In recent years, VPN services have proven themselves to be one of the most popular and vital tools for online security. They work wonders in all scenarios: you can get onto any site or website censored by your location, even if it’s restricted; stream videos that are inaccessible on any platform without having to resort to sketchy downloads; protect yourself from government censorship and intrusions into personal privacy.

You may be interested in: Benefits Of VPN You Didn’t Know Yet