Prevalent Eye Diseases: A cause for better eye care

If we all went to our regular eye tests, millions of people would enjoy better vision today. In fact, some blind people would never have lost all their eyesight.

Glaucoma, conjunctivitis, cataracts, macular degeneration, and diabetic retinopathy; these are only a few of the most common eye diseases. According to the World Health Organization, approximately 2.2 billion people globally are blind or have a vision impairment. One billion of them have eyesight impairments that have not yet been treated or could have been prevented.

The incidence of eye disease and vision impairment varies significantly across nations. In low-income countries, for example, the leading cause of vision problems is congenital cataract. In most of the advanced economies, on the other hand, it is retinopathy of prematurity.

Let’s have a look at some of today’s leading causes of vision impairment: 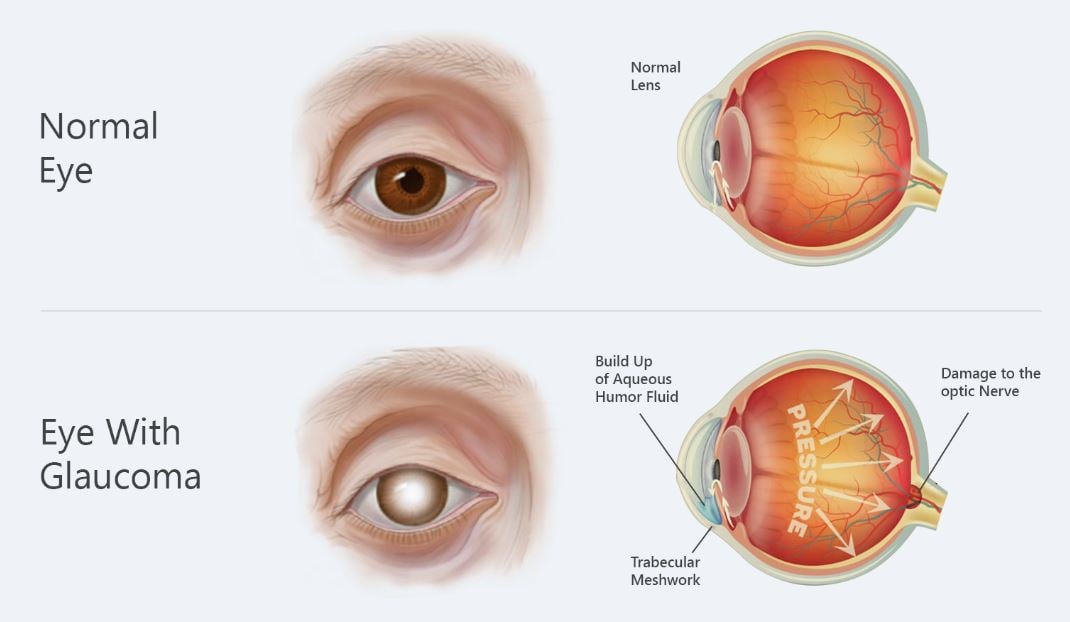 Glaucoma, a condition that damages the optic nerve, is relatively common. It is caused by inflammation of the eye, eye injuries, or blocked blood vessels caused by a build-up of pressure within the eye.

There are four types of glaucoma:

Glaucoma can emerge without any symptoms and may eventually cause permanent loss of vision. This makes it paramount that people go for an eye test regularly, even if they think their eyes are fine.

In many countries, health authorities offer eye tests nationwide. According to Specscart, which has details of opticians in Manchester, if a close family member such as a parent has glaucoma, your risk of developing the condition is greater than average.

If detected and treated early, it is possible to prevent the patient’s vision from deteriorating severely. An ophthalmologist can diagnose glaucoma with an eye pressure test, gonioscopy, visual field test, and/or optic nerve assessment. You can get further information on this page: OCT for Glaucoma. 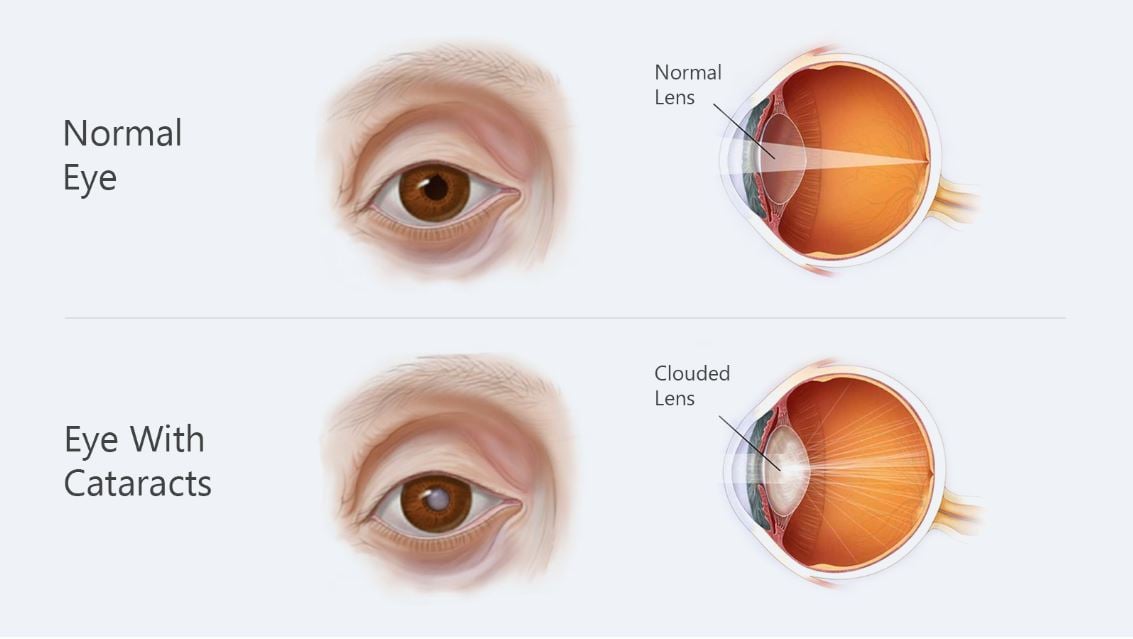 A cataract is the clouding of the lens of the eye. It is due to protein clumping and tissue breakdown. The main causes of cataracts are aging, diabetes, cortisone (medicine), trauma, and some other diseases. Most people who reach a very old age have cataracts.

If you are sensitive to light or glare, or have blurred or double vision, you should get your eyes tested.

People who live in very sunny places can delay and sometimes prevent the development of cataracts if they wear sunglasses regularly.

Fortunately, eye surgery can cure cataracts. It involves removing the cloudy lens and replacing it with an artificial one (intraocular lens). The surgeon places the intraocular lens exactly where the patient’s natural lens was.

Some people with certain types of eye problems, unfortunately, cannot have an artificial lens. Contact lenses and special glasses may help them after their cloudy lens is removed. 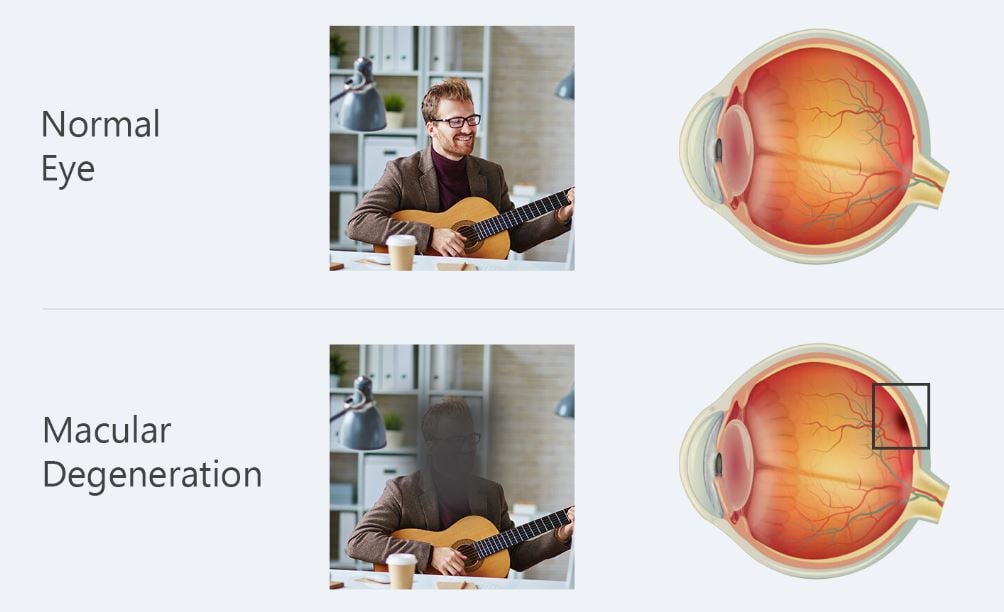 Macular degeneration, like cataracts, is much more common among people of advanced age compared to their younger counterparts.

With age-related macular degeneration or AMD, the middle part of the person’s vision is affected. Even though it does not lead to total blindness, it can make recognizing faces, reading, and performing many everyday activities challenging.

The patient’s blurred central vision is due to the thinning of the macula, part of the eye’s retina which is responsible for clear vision. Specifically, clear vision in the person’s line of sight.

Most patients develop AMD in one eye, and then later in the other. If detected and treated early, it is possible to significantly delay the progression of AMD.

There are two types of AMD: 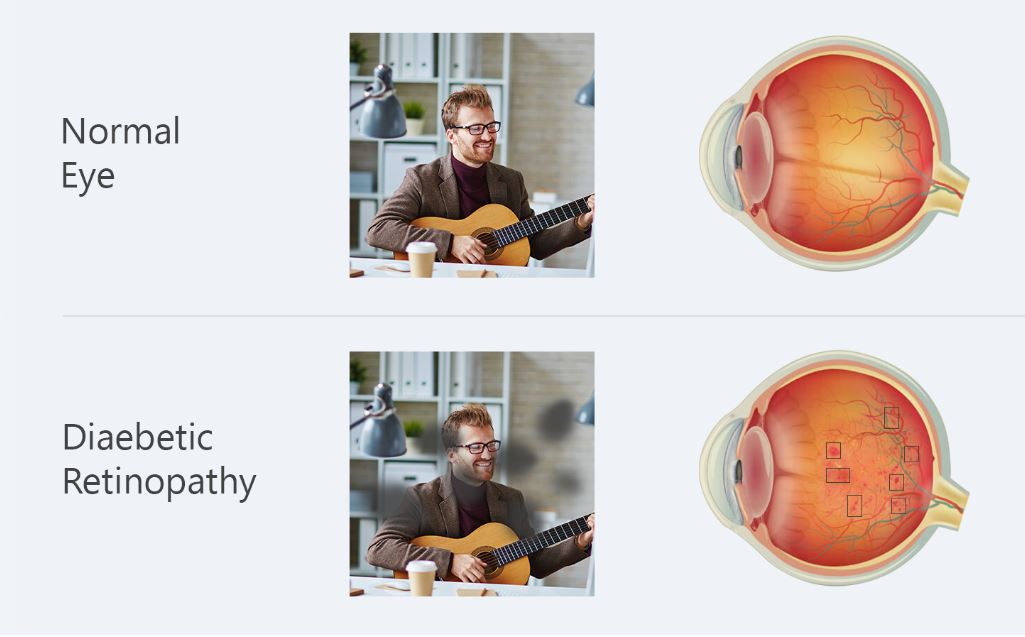 This disorder affects some patients with diabetes. It is a complication of diabetes. The blood vessels in the retina become damaged, which eventually affects the individual’s eyesight. If symptoms worsen, the patient may go completely blind.

Initially, there may be no symptoms. That is why many people with diabetic retinopathy don’t know they have it. If you have diabetes, it is important not to miss your scheduled eye tests. Even if you have no vision problems, that does not necessarily mean your eyes are healthy. 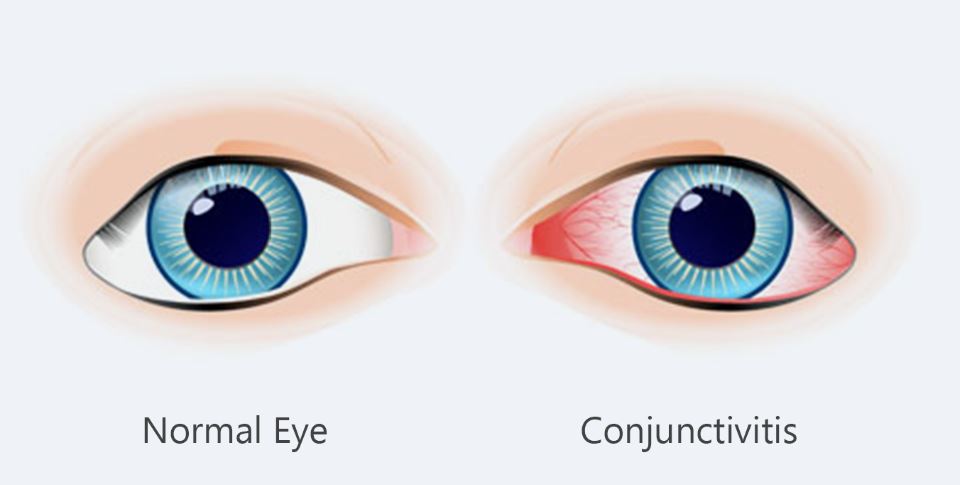 Most of us have had conjunctivitis or will have it one day. Many people refer to it as pink eye or red eye. The condition may be caused by a bacterium, virus, fungus, amoeba, or irritant. People with allergies, such as hay fever, and those who are very sensitive to contact lenses are at high risk of developing conjunctivitis.

If it is caused by a bacterium or virus, for example, it is an infection. If an allergy or irritant caused it, it is not an infection.

Below are some symptoms related to conjunctivitis:

The condition is rarely dangerous and usually clears up in a week or two. 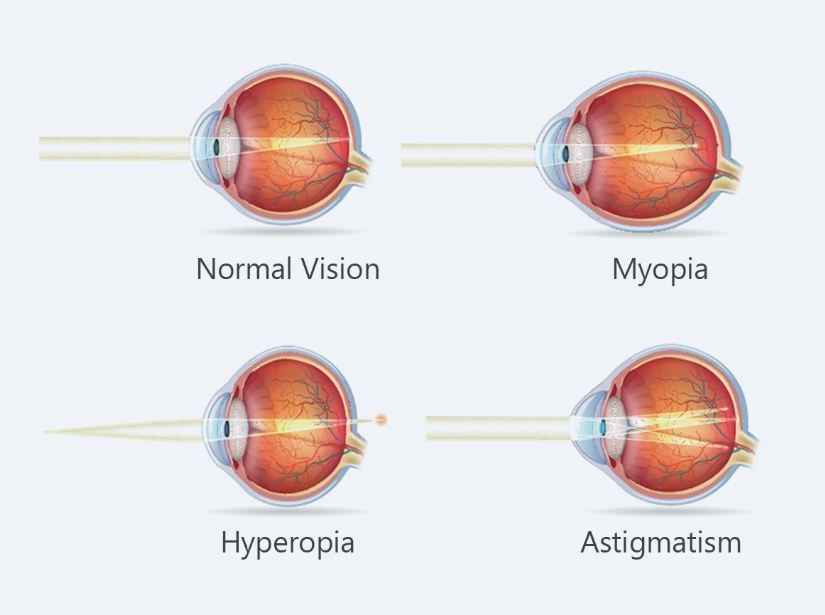 When your eye has a refractive error, it does not focus light properly (accurately) onto the retina. This happens because the eye has a slightly wrong shape.

Below are some examples of vision problems due to refractive error:

Treatment includes contact lenses, glasses, or refractive surgery. A combination of all three is also common. Some people find that wearing blue light glasses helps reduce the incidence and severity of headaches caused by eye strain.

If you want to prevent eye complications from occurring, make sure you have an eye test once every two years (once a year if a family member has/had glaucoma).

In the UK, many opticians such as Specscart offer free NHS eye tests. You can also place an order for spectacles online with them.