What are the major factors that affect the result of sports bets? 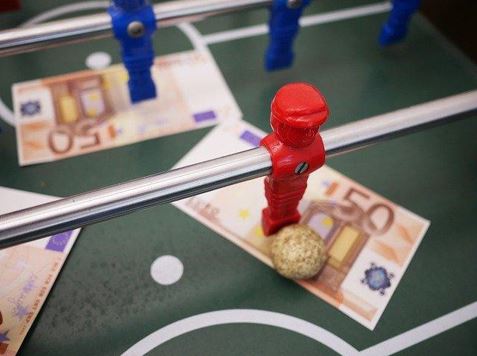 If you have ever wagered consistently on sports whether as a casual bettor or sharp punter, then there is a good chance you have experienced your fair share of losses. At the same time, you most likely won some pretty profitable bets and experienced a nice return on your bets. For most bettors, however, there is often a feeling that more bets end up as losers than they do winners. Of course, sports bettors of all types can use the Caesars casino bonus offer or other promotions to improve their chances of making profits, but winning a bet every time isn’t always possible.

Not all sports bettors are created equally. Therefore, plenty of punters take ridiculous chances and wager on longshot that end up doing what was expected: losing. Successful bettors that limit their risks also lose bets.

Both sides, casual and professional bettors, capable of losing a bet anytime, anywhere, and there are some external factors that weigh heavily on the results of sports bet.

Form is one of the major factors of any sports event. An athlete’s form is how well they are playing at any one time. Depending on the sport, individual form can be a significant factor in the outcome of a game. Soccer, basketball, and ice hockey are two sports in which form are major factors and a game’s outcome can be dictated by it. Soccer fans are anticipating the returns of the top-tier leagues around Europe. When the games return, bettors can get this Caesars casino offer and wager on the teams they believe will win.

Baseball and NFL football are not always influenced by a singular player. Both sports can be impacted by multiple players working together and the structure of the game. The physical fitness of players is also important and can impact the result of an event. If fitness isn’t 100%, an athlete’s form can suffer because of it.

American women’s soccer great Mia Hamm once said, “the most important attribute a player must have is mental toughness.” Mental strength is more important than ever in sports today and players that lack it struggle to reach the top.

Some players and teams are more emotional than others. This makes it a risk to wager on those clubs. Mental weakness can be the catalyst to a poor performance and the reason, a team goes on a losing streak or doesn’t win that big game.

Researching a team’s form is one thing, but you must also pay attention to a team’s schedule. Although an NBA team may be winning game after game, the matches could start piling up. Teams could go from playing twice a week to three or four times

The added pressure of more games, fatigue, and injuries can turn a consistently winning team into one that is inconsistent. The same can be said for soccer and ice hockey.

Wins and losses are heavily influenced by a team’s schedule. Playing at home is different than playing on the road. A team can play fantastic soccer at home in front of their own fans. Yet, going to an opposing team’s stadium to play can see them capitulate. This goes back to mental strength. Will the team you wager on have the mentality to win a difficult game on the road?

For sports like NBA basketball and NHL ice hockey, teams go on long road trips and may play three of four games on the bounce away from home. This has a major effect on game outcomes. Players are living out of hotels, travelling each day, and in some cases, playing on back to back nights. Schedules can create fatigue and ruin a team’s momentum.