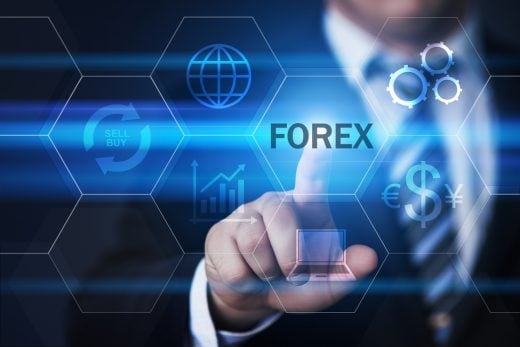 Apart from factors like interest rates and inflation, the exchange rate of a currency is one of the most important indicators of economic health of a particular country. Exchange rates play a vital role in a country’s level of trade, which is critically important in most of the free market economies in the world.

For this reason, exchange rates are followed and analyzed by many economists.

Regardless of where you’re located though, there are some common major forces that can be behind a currency’s exchange rate movements.

Differences in the inflation rate

In normal circumstances, a country with a consistently lower inflation rate tends to exhibit a rising currency value as its purchasing power increases compared to other currencies. During the last half of the 20th century, countries with low inflation rates included Germany, Japan, and Switzerland. At the same time, Canada and the USA achieved low inflation later on at the end of the century. Countries with a higher inflation rate saw depreciation in their currencies against the currencies of the countries they were trading with. High-interest rates typically accompany it.

The impact of higher interest rates is normally mitigated, but if the inflation that is in the country is very high as compared to what is in the other countries, or there are additional factors that serve in driving the currency down. A relationship that is opposite does exist for interest rates that are decreasing, which means the lower interest rates will reduce the exchange rate.

This refers to the balance of trade between a country and its trading partners. It reflects all the available payments between the countries for goods, services, dividends, and interest. A deficit  shows that a country is spending more in terms of foreign trade than what it earns from it, and that it is borrowing a lot of capital from foreign sources to make up for its deficit.

Countries will be able to engage in a deficit of large scale to finance public sector projects as well as funding for the government. While activities like these might stimulate the local economy, nations that have large public deficits and debts tend to be less attractive to foreign investors. The reason being that large debts usually encourages inflation, and when inflation is high, the debts have to be serviced and thus paid off using cheaper real dollars.

In a worst-case scenario, the government might decide to print money to pay part of its large debt, but when the money supply is increased, it causes automatic inflation. And in case the government doesn’t service the deficit via the domestic method like selling domestic bonds,  increasing supply of money, then it has to increase its supply of securities for sale to foreigners.

With that, prices are lowered, and at the end of the day, a large debt might prove too concerning for foreigners if they have a reason to believe that the country is likely defaulting on its obligations. It will make foreign investors less attracted to the county and not willing to own any securities denominated in the currency that is at risk of default, especially if the risk is high.

A ratio that compares import prices to export prices, the term of trade is closely related to the current accounts and the payment balances. If a country’s export prices rise by a higher rate than its imports, it means that its terms of trade have improved favorably.

When the terms of trade have increased, it means there’s greater demand for a country’s exports. In turn, there’s an increase in revenue from the exports, which then provides a high demand for the currency of the country and a currency that goes up in value.