Fantom (FTM): an overview of one of the most promising cryptocurrencies in 2022

Fantom is an advanced cryptocurrency launched in 2018. We cannot say that the project was in great demand and sensationalized in the crypto community, but it still has some success: for example, in 2019 the native token of the project was added to Binance listing, and the project shilling is constantly engaged by Andre Cronje.

The project has a complex technical organization that differs from other blockchains we know of.

The architecture is divided into three levels:

Each has its own options. So, it is on the base level that consensus is reached between nodes, on the medium level participants are rewarded and payments are made, and on the upper-level APIs are placed for those who want to interact with the previous level.

Another important feature of the project is the use of DAG technology – such a solution, especially at the time of its launch, was considered innovative.

It is worth noting that the project is considered quite environmentally friendly. As we know, Bitcoin requires a lot of processing power and electricity, so it is important for many developers to release more environmentally friendly blockchains. The Fantom ecosystem uses as little as 0.00000301 kW per transaction – 300 million times less than that of Bitcoin. 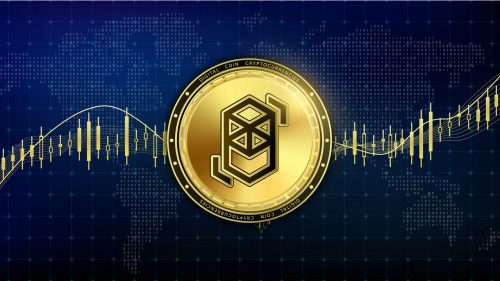 Phantom does not yet boast a high value, especially against the backdrop of more popular altcoins. According to CoinMarketCap, the asset’s price as of June 13, 2022, is only $0.20. The historical high is around $3.3.

The project’s market capitalization for the same period is $0.5 billion.

With a capitalization of about $0.5 billion today, the price of the token could easily grow several times over.

Despite the fact that the project is quite old by industry standards, something interesting happens to it from time to time. For example, in April 2021, a network update called Go Opera was released.

Apparently, it created a furor among investors, because the value of this digital asset almost immediately increased by 52% – from $0.4 to $0.7.

It was recently reported that Fantom is preparing for another major update. The update will affect Ethereum Virtual Machine (EVM) – it is planned to move to Fantom Virtual Machine (FVM). This will be one of the biggest updates to the project.

Also, developers of various multi-currency wallets regularly announce support for Fantom. In general, all kinds of wallets add FTM quite actively. Today the choice of wallets for Fantom storage is quite extensive.

Also note that there are more and more online wallets for storing FTM. One of the most convenient Fantom web wallets is available at – https://fantomwallet.network/. Easy registration and enhanced security are the key advantages of this wallet. Also note that, unlike multi-currency wallets, it is designed exclusively to handle FTM.

In the end, I would like to say a few words about the reputation of Fantom. The good reputation of this project is evidenced by the expansion of the project’s ecosystem and its inclusion in various ratings: not so long ago, the token was included in the top 15 digital assets according to Lunar Crush Galaxy Score.