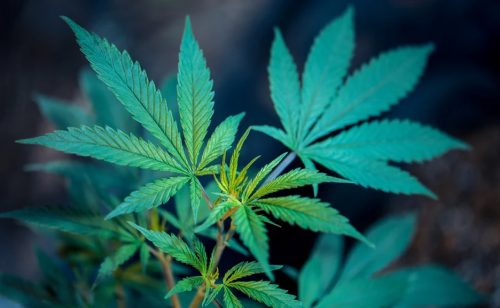 Right now, Delta-8 is the most saleable cannabis product. It observed that Delta-9 THC is the natural active component of the cannabis plant and is banned, still the Delta-8 THC is legal and has identical effects on humans. The Delta-8 THC was legalized by default when the 2018 Farm Bill was signed into law by the previous administration.

There is a plethora of Delta-8 THC-infused products available in both online and offline markets. They come with variety of forms, including tinctures, soft gels, gummies, and a range of other edibles.

This industry has been flourishing in Texas and numerous other states. Now a day, the Drug Enforcement Administration (DEA) is trying to control this via a new rule declaring that all “synthetically-derived tetrahydrocannabinols remain a schedule I controlled substances.” While this is a technical point, hemp-derived Delta-8 THC does require a step that the description of “synthetically-derived THC would cover.” This rule is not supposed to apply wholly to Delta-8, however, the updates were substantial for some states to stop Delta-8 production after the release of DEA’s recommendations.

On the other hand, some state legislators want to outlaw it outright, and they’ve just taken a step closer to doing so. Cannabis reforms argue that the move will hurt the cannabis and cannabinoid industry if they succeed.

How did we get here?

In 2018, when the US Farm Bill was introduced, this removed hemp with less than 0.3% THC from the Schedule I list of controlled substances. In 2019, Governor Greg Abott approved and signed House Bill 1325, making it legal to cultivate, possess, and sell less than 0.3% Delta-9 THC.

When state said nothing about Delta-8 THC, farmers have been producing it profusely along with additional compounds such as Delta-10 THC.

It’s been flying off the shelves in Texas stores. It is saying, rhetoric recently added in two cannabis reform bills may put a stop to the fun.

if enacted, House Bill 2593 would be the first time since the 1970s that state lawmakers have eased marijuana penalties. The possessing 2 ounces of THC concentrates would be classified as a Class B misdemeanor rather than a felony under the measure. State senator Charles Perry submitted an amendment to the bill before it cleared the Senate Water, Agriculture, and Rural Affairs Committee, allowing THC potency in legal hemp products to be calculated by counting all types of tetrahydrocannabinol.

Effects of cannabis and hemp veterans have to say about the looming ban?

With time, the demand for Delta-8 THC grows, so does the amount of infighting in the hemp and cannabis industries. Few hemp activists claim they are opposed to Delta-8 THC because it is intoxicating. It is analysis that Cannabinoids can only be either intoxicating or nourishing, and according to the U.S president of Hemp Authority, hemp is nourishing.

another argue is that Delta-8 is harmful and that there is limited knowledge on the health effects of the substance especial health fitness tips. In an article called “The Health Risks of Delta-8 THC,” the United States Cannabis Council labeled Delta-8 THC’s rising popularity a fast-spreading crisis, claiming that Delta-8 THC presents a local health concern of possibly broader consequence than the vape disaster.

A veteran of the cannabis and hemp industry and long-time producer of various hemp-derived products Robert Johnson, questions how Delta-8 THC is a crisis, and for whom. He says that leaders should to address the concerns about Delta-8 THC production and provide regulatory supervision to protect consumers, and most of these critics are not as concerned with public health as they are with their own bottom line. No one interested another vaping catastrophe, but Robert thinks disparaging a newly popular cannabinoid or attempting to prohibit it won’t address the problem of an unregulated market.

In this developing sector, consumer accountability is crucial. When investigating the seller, you’re buying from, we recommend exercising care and due diligence.

It is too risky to drive while intoxicated and experiencing physiological and psychological symptoms due to cannabinoid use. While inebriated is never a good idea during driving or operating heavy machinery.

If you are a cannabusiness, ensure that your products are properly contained in child-resistant packaging.

However, zero cases of cannabis overdose have been reported in humans, so try to keep cannabis products out of the reach of children. This is entirely your responsibility.