Fight to Fame, M-1 Global, and the PFL are Rapidly Expanding

The sports industry is very competitive. Sports promotion companies are continuously coming out with bigger and better products. Some are using technology to change the narratives in the world of sports, while others are building and rebranding what has already been in existence. This has led to a situation whereby weak companies are fading out while the strong and savvy ones are reaping the rewards and expanding. 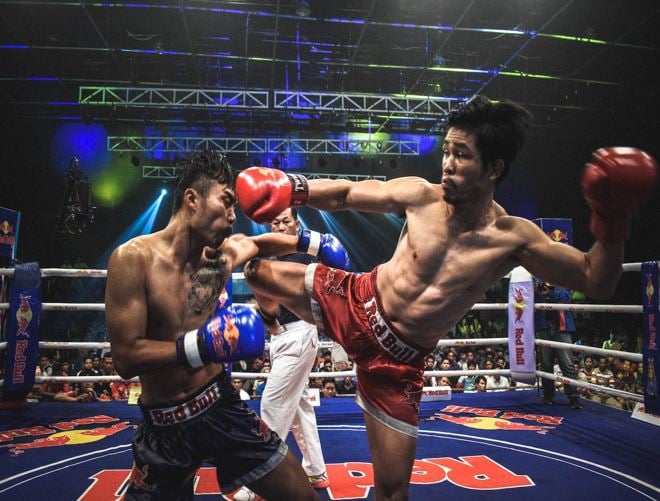 Many of these companies are coming out with innovations that will enhance fan engagement and make sports business more profitable. They are expanding to increase their reach and to attract more customers (in this case fans and athletes) to their brand.

The competition is generally good for sports development. With expansion projects, there is a chance for small promotion companies to gain enough fanfare and take business away from the bigger ones.

Here are three sports promotion companies that are expanding globally at a very fast pace.

In the area of sport, Fight to Fame just expanded to Europe leading a worldwide competition in MMA and other combat sports to discover the next action film superstar. They are backed by industry leaders and international championship fighters to discover and allow new talent to shine at the world stage. South Africa’s boxing world champion, Chris Van Heerden just joined Fight to Fame in its expansion to Europe in search of the next action movie star.

Fight to Fame is using blockchain technology to improve global fan engagement. They are helping fans to engage with sports like never before. And to create more transparent monetization opportunities for fighters.

M-1 Global is a mixed martial arts promotion company based in Russia. The company organizes between 10 and 20 competitions annually and they have been said to be one of the fastest-growing MMA companies in Europe.

It was announced in 2018 that UFC agreed to partner M-1 Global. And part of the deal was that M1 will serves as the farm league for UFC. The company will be scouting Russia and other European fighters for UFC. They are also to organize new shows in Russia. It was contained in the deal that M-1 champions would have the chance to sign for UFC.

M-1 Global organizes events worldwide in search of the next world martial arts superstar. They have already made their mark in the MMA industry. Many International MMA fighters are in their ranks, they include Keith Jardine, Adam Yandiev, Yushin Okami, Mansour Barnaoui, and many others.

The company has held over 100 events including the M-1 Selection and M-1 Challenge. It has also co-promoted Strikeforce cards in the US.

The Professional Fighters League is the first professional MMA promotion company to present MMA in a format in which fighters compete in a regular season. The company adopts the format used in professional sports leagues like the NFL and NBA. There are a championship, regular season and playoff. Unlike other platforms, titles are not awarded but earned.

In a PFL regular season between June and August, championship bouts are in six weight categories with about 72 fighters. This is then followed by playoffs in October. The winner of each weight class earns the title and prize money in millions of dollars.

PFL is growing and expanding by the years but will have to face an uphill battle with UFC. Before now, the UFC has been the major promoter and beneficiary of MMA sport. Other major MMA promotions are Viacom’s Bellator and Singapore-based ONE championship.

MMA is usually a star-driven sport. Most casual MMA fans are not yet familiar with PFL stars and they are not used to the new tournament format. These are some of the challenges that PFL has to overcome.

But aside from these, the sports company is gaining more grounds and it’s expanding spontaneously. The PFL is planning a reality series that follows the journey of up and coming professional MMA fighters. The fighters will train and compete for a UFC contract and the winner will also earn a slot in the PFL playoffs.

The Chairman of PFL, Donn Davis thinks that there is room for both UFC and PFL to co-exist. According to him, he said, “No one is better than the UFC at doing pay-per-view events. The second sweet spot for MMA fans is what the PFL is doing with regular season, championship and playoffs”.