Fill your fruit bowl with these delicious Slots 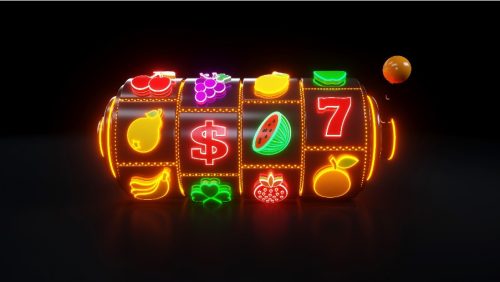 With summer fast approaching, fruit salads are most definitely on the menu. And that is also the case for online Slots, as retro-inspired games remain one of the most popular gaming options around. If you’re familiar with the history of online casino games, then you’ll know that they are heavily influenced by their brick-and-mortar counterparts, which began the craze so many years ago.

Taking the best of those now-archaic machines, you’ll now find the iconic fruity symbols appearing throughout so many of the top slot ventures. In fact, you’ll now be quite hard-pressed to spin a set of reels without finding some hidden cherries or sour lemons ready and waiting to spill out some well-earned wins.

To help you in grabbing your own slice of the action, we’ve pulled together some of the best fruit-filled Slots on the market. Read on to find out more.

This slot acts as a well-appreciated throwback to the classic slot machines that started off the gaming craze that we participate in today. To keep things up to date, Fruit Stack One also includes an innovative health bar along the side of the screen, which can dish out even more beneficial boosts to your bankroll when filled. What’s more, thanks to the wonders of technology, you can play this game just about anywhere, as long as you have a suitable device and a decent internet connection.

The symbols are the key to bagging the big bucks in this game, as well as playing into the fruity theme of the slot. Expect to find a selection of watermelons, oranges, cherries, grapes and lemons spinning across the reels, alongside the classic BAR and lucky 7 symbols that any true slot fan will recognize.  The wild comes in the form of a dazzling diamond, with the all-important power of replacing all other symbols on the reels to create even more winning combinations. The only icon that the wild cannot substitute for is the scatter, which brings along benefits of its very own. The scatter is represented by a classic golden bell, going on to reward you with up to 15 free spins. It’s also worth noting that rolling in three or more of each base game symbol will gradually fill up the health bar, resulting in even more wins.

Another classically themed game, but with an exciting modern touch, the developers at Bet Digital have combined the winning power of modern slot games with a slice of nostalgia reminiscent of those physical machines that are found in our favorite brick-and-mortar locations.

The action plays out across four reels, three rows, and ten pay lines – giving you plenty of room to hopefully roll in those winning combinations. Across those pay lines, you’ll need to look out for a selection of juicy fruits such as lemons, watermelons, and cherries, as well as bells, lucky 7s, and the iconic BAR symbol. Turn on the Hi Roller options if you want to take your gameplay to the next level, increasing the amount of mega-charged fruits that appear on the reels, such as the Mega Plum, Mega Melon, and Mega Grapes.