What is bioenergy? Definition and meaning

Bioenergy is renewable energy produced from biomass – organic matter that can be used to produce heat, transportation fuels, and electricity. Bioenergy is considered a renewable energy option, because unlike coal or gas, organic plant and animal matter can easily be regenerated.

Woody biomass has traditionally been used for bioenergy. However, advances in technology have expanded potential resources to include oil seeds, algae and agricultural residues.

How do you create energy from biomass?

There are three processes that turn organic matter into energy:

The process used depends on the type of biomass. For example, dry feedstocks are burnt in furnaces, while wet feedstocks are left to rot in sealed tanks where they create biomethane gas.

According to the International Energy Agency (IEA), bioenergy accounts for approximately roughly 9% of world total primary energy supply. The IEA says that more than half of this “relates to the traditional use of biomass in developing countries for cooking and heating, using inefficient open fires or simple cookstoves with impacts on health (e.g. due to indoor smoke pollution) and the environment.” 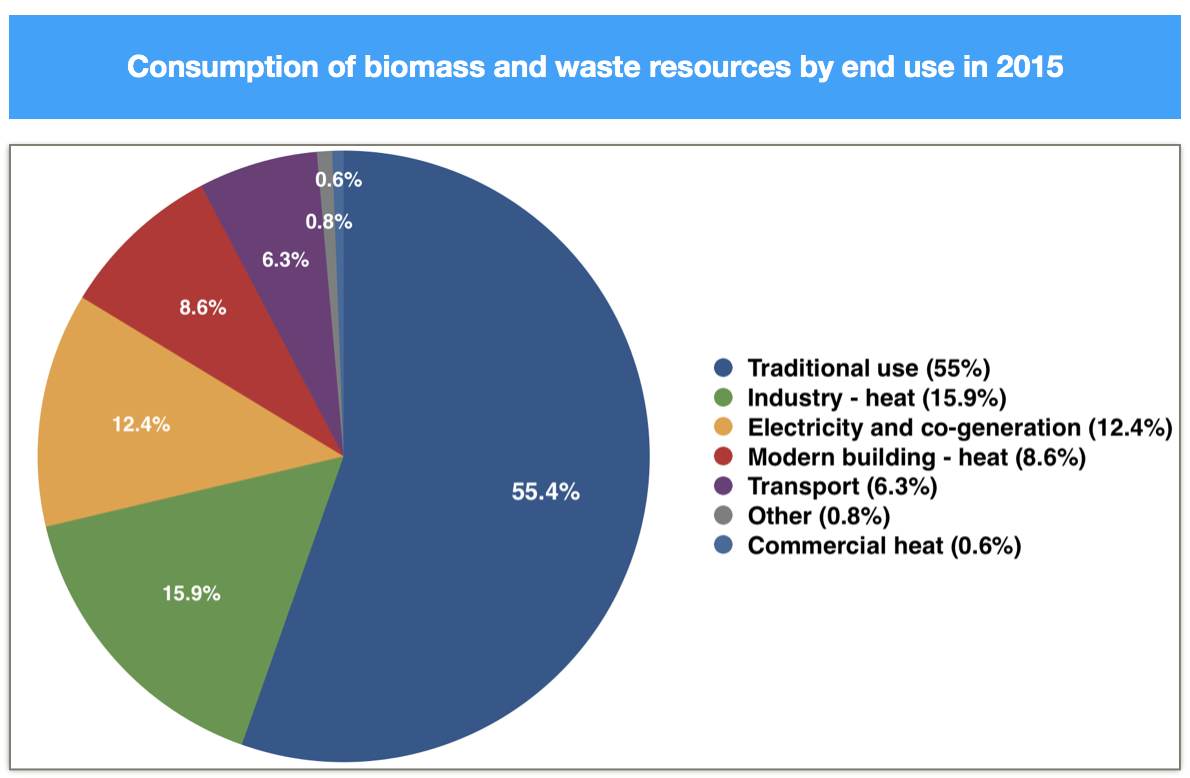 Plants that are the source of biomass capture a nearly equivalent amount of CO2 through photosynthesis while they are growing (which can make biomass a carbon-neutral energy source). However, environmental organizations such as Greenpeace have raised concerns about the impact of forest bioenergy.

“Using forests to produce energy is like pouring gasoline to put out a fire” said Larry Edwards, a Greenpeace-US forest campaigner. “Science shows that it can take decades for new trees to absorb the carbon that escapes when we burn timber from existing forests.”