What is mad cow disease? Definition and examples 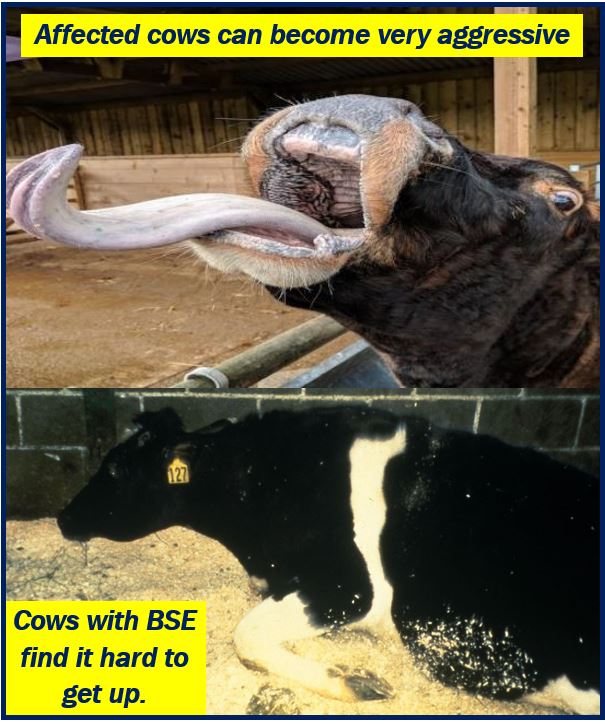 Mad cow disease is the layperson’s term for bovine spongiform encephalopathy or BSE. The disease affects the nervous system of cattle, and also their physical state.

When cattle get BSE, holes form in their brains. Their brains become spongy, hence the term ‘spongiform.‘ Their brains gradually waste away.

An animal with mad cow disease becomes violent and shows signs of mental disorder. They find it difficult to move. This difficulty gets progressively worse.

The incubation period of a disease is the length of time between becoming infected and the appearance of first symptoms. If I am exposed to an infection and start getting a fever four days later, its incubation period is four days.

BSE was an uncommon disease until the second half of the 20th century. In 1996, the British government announced that BSE could be contracted by humans. Experts say that the spread to humans causes variant Creutzfeldt–Jakob disease or vCJD.

The body of a diseased cow is completely unaware of the abnormal prion’s presence. Therefore, its immune system does not try to get rid of it. 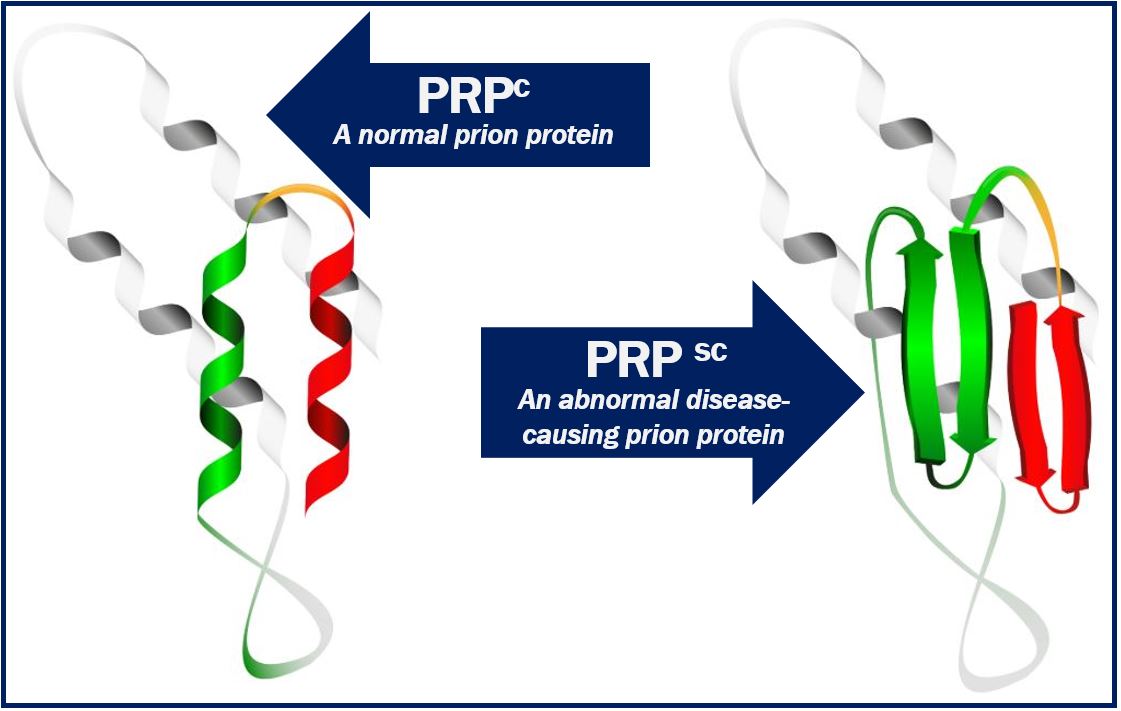 Signs of BSE in cattle

The most common sign of mad cow disease is lack of coordinaton. The sick animal has problems walking. It also has trouble getting up.

A cow with BSE can become very nervous and even violent. Hence, we call it ‘mad’ cow disease.

As soon as a cow starts showing symptoms, there is nothing veterninarians can do. The animal gets sicker and sicker until it eventually dies, usually within six months. Sometimes, death can occur two weeks after the first signs appear.

There is no vaccine or treatment for BSE.

According to the US Food and Drug Administration (FDA):

“Currently, there is no reliable way to test for BSE in a live cow. After a cow has died, scientists can tell if it had BSE by looking at its brain under a microscope and seeing the spongy appearance.”

“Scientists can also tell if a cow had BSE by using test kits that can detect the abnormal prion in the brain.”

The FDA is the US regulatory agency in charge of medical devices, medications, foods, cosmetics, and tobacco products.

BSE in the United Kingdom

BSE was first recognised and defined in the UK in 1986. In 1988, it became a notifiable disease. Over the following few years there was a mad cow disease epidemic. In 1992, there were 37,000 cases of cattle with BSE.

The British government had to cull millions of animals. It was devastating for the country’s livestock farmers.

To date, there have been more than 183,000 cases of BSE nationwide.

According to the Scottish Government:

“BSE occurs in adult animals in both sexes, typically in four and five year olds. It is a neurological disease involving pronounce changes in mental state, abnormalities of posture and movement and of sensation.”

“The clinical disease usually lasts for several weeks and it is characteristically progressive and fatal.”