Rotation in office: Definition and examples

Rotation in office is a practice that limits the number of terms that an individual can serve in a particular role. The expression can also refer to a system in which two or more persons of equal rank take it in turns to occupy a more senior role. 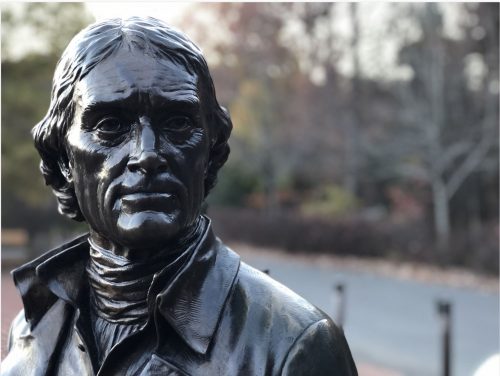 The main point of the principle is that it limits tenure. In other words, the occupier of a role must vacate it after a defined period.

Webster’s 1913 dictionary defines the practice as that “of changing public officers at frequent intervals by discharges and substitutions.”

Thomas Jefferson, American founding father and third president of the United States, was reportedly a firm supporter of the “rotative principle.” He defined it as an “obligation” on the individual occupying a role to vacate it “at a certain period.”

A typical example of rotation in office – in the sense of limited tenure – is the presidency of democratic countries. For instance, in the U.S., an individual may only serve a maximum of two terms as president.

The federal presidency of Switzerland also exemplifies the method – in the role-sharing sense. That office has operated by rotation since the 1890s. Members of the Swiss Federal Council – of which there are seven – take it in turns to be president. They also make decisions jointly. Some attribute the landlocked nation’s political stability to this shared form of government.

The presidency of Bosnia and Herzegovina also works by rotation in office. It comprises three joint members, each representing the country’s main ethnic groups: Bosniaks, Serbs, and Croats. Every 6 months, the incumbent hands over to one of the other two. As well as a president, there is a Council of Ministers that effectively governs the state.

Some have suggested that the Balkan country’s form of government is likely the most complicated in the world. The system has been in place since the signing of the Dayton Peace Accords in 1995, which ended the 3.5-year conflict in which more than 100,000 people died.