What is a trade war? Definition and meaning

A trade war is a situation resulting from extreme protectionism in which two countries attack each other’s trade with tariffs or quota restrictions.

Cambridge Dictionary defines a trade war as “a situation in which two or more countries raise import taxes and quotas (= limits on numbers of goods) to try to protect their own economies.”

A tariff is a type of tax imposed on products made abroad. Customs officials collect tariffs and the revenue goes to the government.

A small trade dispute between two nations can eventually lead to a full-blown trade war if the two continue to retaliate. When one country raises tariffs on another it can prompt the other country to impose retaliatory tariffs. This can set off a string of tit-for-tat responses, resulting in a trade war.

Trade wars usually start when one nation imposes trade barriers against another to protect a specific domestic industry.

Stages of a trade war: 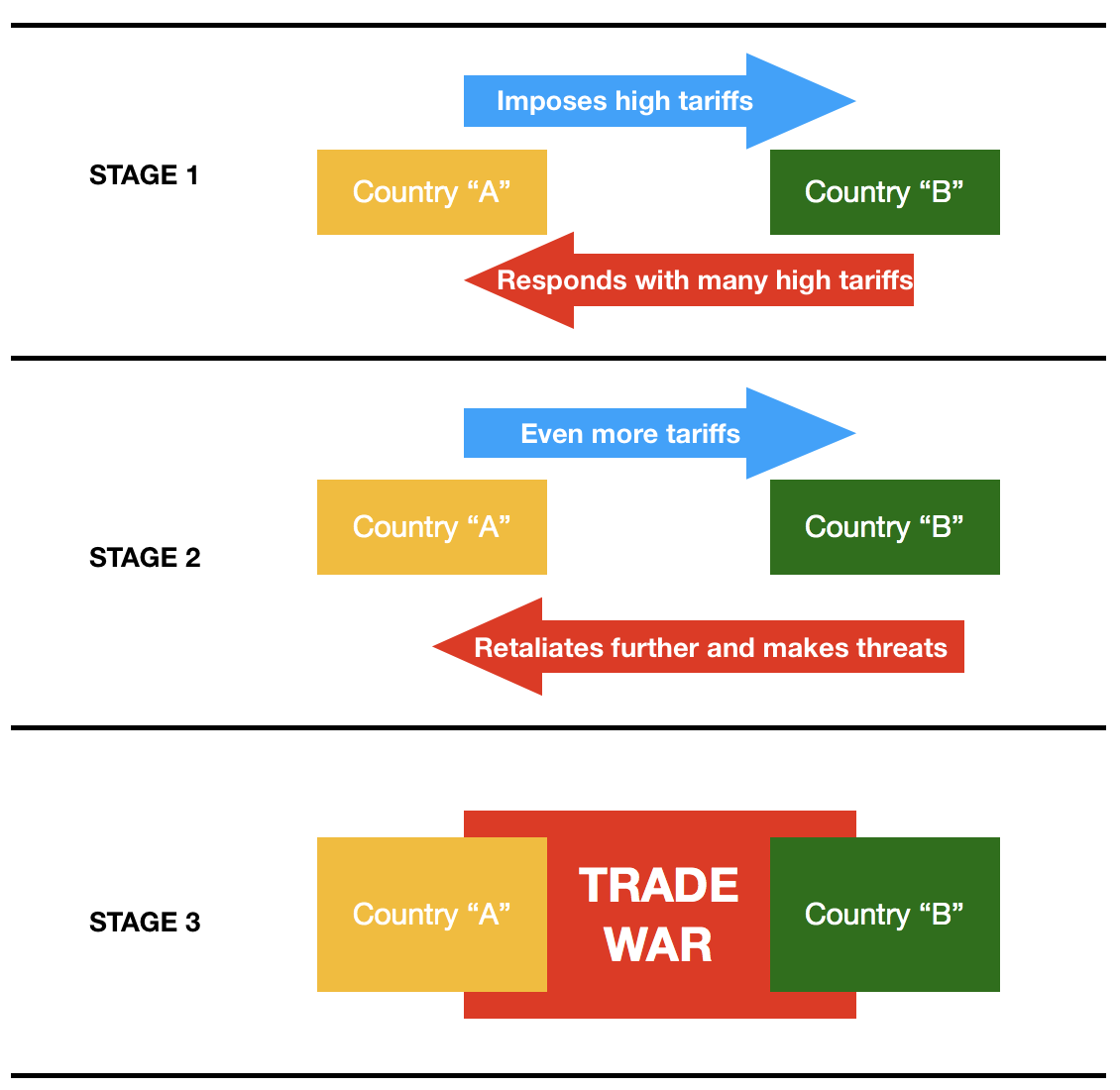 Because of the retaliatory nature of a trade war, it is difficult to stop. It can also take a long time to undo all the tariffs imposed during the economic conflict.

The video below explains how trade wars work and who they impact:

Trade wars have existed for centuries. In some cases, they have led to military conflict between countries.

For example, in 1839, the Qing government blockaded its ports and confined British traders. In response, the British government dispatched its navy to China, triggering the Battle of Kowloon and First Opium War.

Trade wars can also have awful economic effects. One of the most significant trade wars happened in the US in 1930. Under the Hawley-Smoot tariff act, tariffs were slapped on over 20,000 imported goods to the US. The US imposed the tariffs because they thought it would protect American farmers and secure the nation’s economy. However, America’s trading partners retaliated and the trade war that ensued made it harder for the US to pull itself out of the depression it was going through at the time.

Claude Barfield, a resident scholar at the American Enterprise Institute, was quoted by History.com as saying that the Smoot-Hawley Tariff Act “prolonged [the depression] and possibly deepened it around the world, not just in the United States but for other countries,”