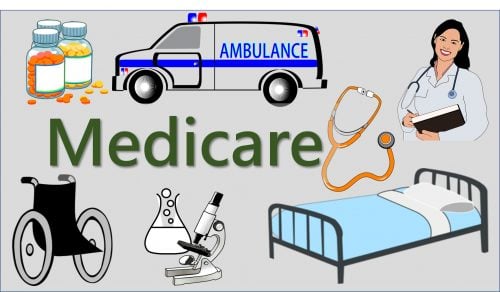 Medicare helps U.S. seniors to manage and contain their medical costs as they get older. However, it does not cover all the costs of medical care.

To get the best out of Medicare, individuals need to know the rules on enrolment and coverage. A thorough assessment of needs and budgets will go far in helping to choose the right options. It is also important to review plans regularly.

This article is an indicative summary of Medicare. Much of the information here comes from the U.S. government’s Medicare and the AARP’s Medicare Made Easy websites. Readers should refer to these sites for more exhaustive information.

What is in Medicare?

There are pros and cons with both options, and they vary with individual circumstances.

The majority of those who qualify for Medicare are U.S. residents aged 65 and older. The scheme also covers younger people with disabilities, and those with end-stage renal disease and amyotrophic lateral sclerosis (ALS), or Lou Gehrig’s disease.

People in receipt of social security benefits when they turn 65 are automatically enrolled in Part A and Part B. If they want Part D as well, they will have to enrol themselves.

Those not in receipt of social security when they turn 65 have to sign up during a 7-month period around their 65th birthday. If they miss this window, they could be subject to penalties.

Medicare is a different program than Medicaid, which offers health and other services to eligible low-income people of all ages.

Part A covers most of the costs of hospital stays. It also includes care in a skilled nursing facility, such as rehabilitation after a stay in hospital due to a broken hip or stroke. In addition, it covers hospice care and certain types of healthcare for those who are homebound.

Most beneficiaries don’t have to pay insurance premiums for Part A because they have already paid through tax on their earnings for sufficient years.

However, this does not mean that there is nothing to pay. Each time a person goes into hospital, Medicare charges a deductible.

The Part A deductible covers a share of the costs for the first 60 days of inpatient care. After that period, there are additional daily payments called coinsurance.

Every year, the Centers for Medicare & Medicaid Services (CMS), set the amount that people have to pay for deductibles and premiums.

People can buy additional cover called Medigap to insure themselves against Part A deductibles and certain other out-of-pocket Medicare costs.

Part B involves more costs than Part A. Some working seniors with insurance cover through their job – or from a spouse’s health scheme – may prefer to put off joining Part B.

However, beneficiaries who don’t have another insurance plan and put off Part B when they first enroll in Medicare, are likely to have to pay higher monthly premium.

For 2020, the CMS have set the standard monthly premium for Medicare Part B at US$144.60. They have set the annual deductible at US$198. In addition, beneficiaries have to pay 20% of the bills for doctor visits and other types of outpatient services.

Medicare Advantage is an all-in-one alternative to Original Medicare from a private health insurer.

The private insurer contracts with Medicare to provide all the Part A and Part B benefits. Most plans also include Part D coverage for prescription drugs. In this way, most Medicare services are covered through a Medicare Advantage plan.

It is important to read all the details when deciding on a Medicare Advantage plan.

For instance, there could be differences in the management of primary care and access to specialists.

Typically, with an HMO plan, you choose one physician for primary care and they will refer you to a specialist. A typical PPO plan offers access to a network of doctors and facilities and you most likely will not need a referral. The latter could be more suitable for someone who is not resident in one place.

Part D covers prescription drugs. The plans are purchased from a private insurer. Each plan must cover at least a standard minimum level set by Medicare.

Plans can vary the prescription drugs that they cover. These are set out in a list called a formulary. Many plans – to keep the costs down – offer drugs in different tiers in their formularies. Different plans arrange their tiers differently and also cost them differently. In general, the higher the tier, the higher the cost of the drug.

For example, a Part D plan might arrange its prescription drug tiers as follows:

Each Part D plan generally incurs some premiums. They typically also have out-of-pocket costs: some plans charge them as a flat copayment per drug or as a percentage of the cost. They may also incur an annual deductible.

Until 2020, drug plans had a coverage gap, also known as the doughnut hole. However, in 2020, there will be no more doughnut holes and beneficiaries will likely pay no more than 25% of the cost of their prescription drugs.

Because the formularies, or lists of drugs covered, change every year, it is important that people check them regularly to ensure they have the right plan.

The following short video from AARP explains some of the common terms in Medicare’s vocabulary.