The financial implications of COVID-19

Since it first emerged in Wuhan, China towards the end of 2019, the coronavirus has rampaged across the world, reaching all four corners of the planet and leaving behind a trail of death and (in no small part) social destruction in its wake. 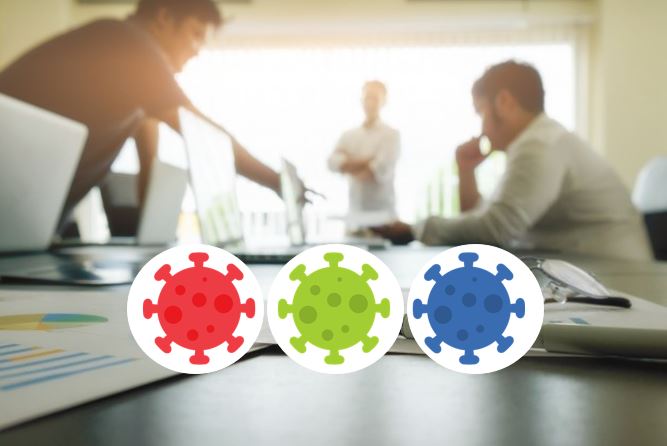 The virus has turned our lives upside down with new rules and laws regarding distancing, isolation, and lockdowns common across almost all countries globally.

A year dominated by COVID-19

Now, as we near the first anniversary of COVID-19, the death count is still rising and an anticipated second wave is seemingly almost upon us. With the US tally currently sitting at over 225,000 coronavirus deaths and over 8.5 million cases of infection, America holds the unenviable title of the country most affected by the virus, (India comes some way behind with around 120,000 deaths).

However, while much has been reported on the health implications of COVID-19, considerably less has been discussed regarding the financial and economic repercussions. In a year that has seen unemployment figures soar globally and the collapse of countless businesses, the wider picture of the effects of the virus is only just starting to become clear.

US unemployment figures have risen steeply

At the start of August, it was estimated around 30 million Americans (approximately 11% of the total population) were claiming unemployment benefit as a result of businesses nosediving through the effects of distancing and lockdowns.

While there has been a slight rally in the jobs market in the run-up to the pending US election, it still hasn’t been enough to save countless thousands of people seeking help from Insolvency practitioners for problems caused through business closures or personal debt liabilities.

Nonetheless, the figures are still an improvement when compared to those back in April at the height of the pandemic when US unemployment hit a record high of 14.7% triggering an emergency congressional support package of $2.2 trillion.

The contraction of the US economy

The second quarter of 2020 saw the US economy shrink by around 9.5% compared to the preceding three months. Taken as an annual rate, this contraction amounts to almost 33%, the steepest shrinkage in decades. With COVID-19 still virulent in many states across the country, many experts believe the US is far from over the worst of the pandemic and it’s likely there will be further problems ahead.

The effect on stocks and shares

While most people don’t invest directly in the stock market, fluctuations in share values can have a dramatic effect on the value of pensions and savings accounts – meaning drops often have catastrophic consequences for the public at large.

COVID-19 impacted the world’s major stock markets and the FTSE, Dow Jones, and Nikkei all recorded massive falls as the virus took hold. Indeed, both the FTSE and the Dow witnessed the biggest quarterly drops from 1987 through January, February, and March.

The very real risk of a global recession

The International Monetary Fund (IMF) has stated it expects the global economy to shrink by around 3% this year – the worst decline since the Great Depression during the 1930s.

However, despite the fact COVID has caused a “Crisis like no other,” there are strands of optimism and the IMF also suggests a potential bounce-back effect of 5.8% growth through 2021 if the spread of the virus can be contained or halted moving into next year.

Interesting Related Article: “The Bright Side Brought (somehow) by COVID-19 Pandemic to Businesses“