Firewalls Are Not Enough; Your Organization Also Needs These 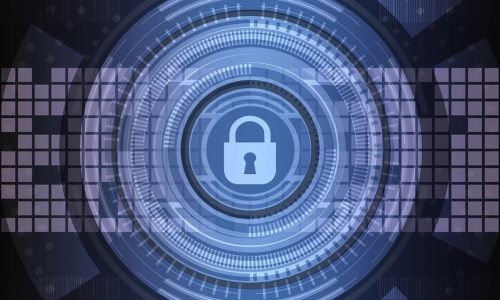 A recent study involving various pen tests and security assessments found that 93 percent of networks are vulnerable to security breaches. To emphasize, that’s more than 9 in every 10 networks, a truly shocking number that should be taken seriously.

Despite the many cybersecurity solutions available at present, an overwhelming majority of organizations still struggle to implement defenses that  protect their IT assets adequately. Many rely on firewalls, for example, to shield computers or networks from malicious or harmful network traffic. However, this is often not enough.

To ensure dependable protection from external threats that find creative ways to defeat firewall protection, it is advisable to consider the following lesser-known but effective cybersecurity controls.

The most recent revision in the NIST Special Publication 800-53, released in September 2020, has two new inclusions. One of which is the Runtime Application Self-Protection (RASP) requirement.

With the NIST SP update, the crucial role of RASP security in reducing cyber risks is given due recognition. NIST acknowledges that automated application security instrumentation is essential in reducing the risks that are associated with software vulnerabilities. It allows software development teams to release apps with solid security out of the box without necessarily delaying production schedules.

Another cybersecurity method added in the NIST SP 800-53 is Interactive Application Security Testing. Together with RASP, IAST makes it clear how important application security is nowadays. The threats to apps across different kinds of devices and operating systems are something organizations and end-users cannot downplay or ignore.

IAST, alongside RASP, is a successor to Static Application Security Testing (SAST), Dynamic Application Security Testing (DAST), and Web Application Firewall (WAF), which are regarded as first-gen technologies. The latter three have been in existence for around a decade, and they served their purpose well. However, the cyber threat landscape has been changing, and new approaches are needed to effectively fend off risks and attacks.

IAST was created to ensure the accurate and rapid identification of common vulnerabilities in real-time. It analyzes an application’s code to detect weaknesses while an app is running. The app may be run by a human tester, an automated test, or some other method that activates the app’s core functions and enables interaction. Again, Interactive Application Security Testing identifies vulnerabilities in real-time, which means that it does not prolong the CI/CD pipeline.

IAST delivers optimal results when deployed in a quality analysis environment that involves automated function testing. It sits inside an app to test the entire app or codebase, which makes it notably better than both SAST and DAST.

Zero trust, as the phrase implies, is about making a system inherently trustless or untrusting. As such, every aspect of it requires some form of verification or authentication. Before devices are allowed to connect to a network, they are first verified to make sure that they do not bear any malicious software or vulnerabilities that can be used as a stepping stone to infect or compromise a network.

In other words, no device or incoming connection is considered trustworthy. Verification is undertaken even for devices that have already been used in the network before or those used by employees or the management.

A zero-trust system can be achieved by using a comprehensive cybersecurity platform. It is also possible to implement it with the help of existing cybersecurity tools such as next-generation firewalls (NGFWs), security information and event management (SIEM) systems, as well as tools designed for asset discovery.

Organizations that embrace the zero-trust approach are able to attain intelligent network visibility, which is important in getting rid of security blind spots and ascertaining that the connections allowed are only those that are confirmed to be legitimate or safe.

Zero trust may entail the use of special tools such as network packet brokers (NPBs), which aggregates and filters traffic coming from the edge, data centers, as well as private and public cloud environments. The NPBs are designed to distribute traffic intelligently to ensure the efficient analysis of all traffic by all the cybersecurity tools and monitoring solutions deployed in an organization.

Hardware and software security solutions have significantly improved over the years. However, all the improvements are still not enough to keep up with the evolution of cyber threats, especially with respect to the human factor of cybersecurity weaknesses. People continue to be the weakest link in the cybersecurity chain.

To address this problem, the idea of establishing a “human firewall” is important. This may sound hifalutin, but the human firewall is essentially the establishment of measures to prevent the people in an organization from becoming unwitting tools in defeating security controls.

Until now, many organizations continue to have naive employees who fall for phishing and other social engineering attacks that lead to the neutralization of cyber defenses. Even the most advanced cybersecurity equipment and software become useless when the people who have privileged access to them are tricked into doing things that support the goal of threat actors.

Having a human firewall means creating a structured and sustained program to educate everyone about cybersecurity and empower them to have the ability to identify threats or instances of attacks. Preventing people from becoming clueless accomplices to cybercriminals is difficult to achieve even with highly sophisticated tools. It requires a systematic and continuous approach that presumes that people are always prone to social engineering and other deceitful attacks.

There is no default configuration or standard idea as to what a human firewall is. Essentially, what it means is anything that addresses the tendency of many people to be tricked into playing a role in disabling or weakening their security controls.

Perimeter protection such as firewalls can create a perception of security. However, they are no longer enough in view of the rapidly evolving and aggravating cyber threats encountered worldwide. Firewalls are a great first line of defense, but they are not foolproof or flawless. As such, it is important to consider other security strategies, mechanisms, or solutions.