Investing in the stock market can be perilous. For everyone who’s ever made a fortune spending money on stocks and shares and watching their holdings grow, there are another hundred people who’ve made the wrong move at the wrong time and been left to count the cost. If it was as easy as some would have you believe, everyone would be doing it, and nobody would be poor. Taking away more than you put into stocks and shares requires tenacity, bravery, knowledge, and experience – all of which you’ll lack when you’re brand new to it. Such things can only be learned in time, and some expensive mistakes can be made on your way to learning them. 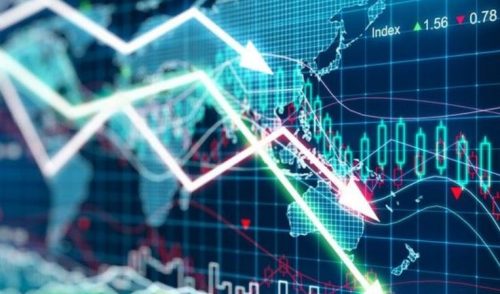 If you’re savvy enough to subscribe to investment newsletters and do some reading and studying before you start spending your money, you should be able to avoid the biggest mistakes. That still leaves some of the smaller ones open, though, and it’s those small mistakes that can be the difference between having a flat or mildly unprofitable portfolio and having a portfolio that demonstrates strong and constant growth. Cut those little errors out, and you should be looking at a profitable future. That’s the aim of this article.

If you know what those small mistakes are (and, more importantly, how to avoid them), you and your money should be a lot safer on the markets. Read on, and we’ll highlight five of the most common of those errors.

Just because you like something doesn’t mean it’s successful or profitable. When people are new to the stock market, they have a habit of only buying stocks they recognize, which is often a big mistake because some of the most profitable companies that trade on the market aren’t household names. Perversely, you might make more money from investing in a company you can’t stand. Often, companies are hated purely because they’re so big and make so much money. If you limit yourself only to the companies you’re already familiar with, you’re limiting your potential right from the start, and you’re unlikely to score any big-hitters. Think less about what a company means to you and more about what the company means to the market.

2. Trying A Bit Of Everything

This is, in some ways, the reverse of what we’ve just suggested. While diversifying your holdings is a good thing, if you spread yourself too thinly, you’ll probably end up not having enough money in any one place to make significant profits. The stock market is often compared with online slots, so let’s explore that comparison. If you were to log onto an online slots website and start playing games, what would you do? Would you spin the reels of every single online slots game on there once or twice in the hope that you might get lucky and win something, or would you stick with the same one or two online slots and stay with them until they give you a return on your spend? The people who win the most money from online casino do the latter, and so should you with your investment portfolio. Diversify, but don’t leave yourself too exposed or spread too thinly. A good financial adviser will be able to help you with this.

3. Forgetting The Most Basic Rule

It’s a cliche to say that the secret of making money on the stock market is to buy when stocks are low and sell when they’re high, and yet far too many people forget it. When a stock starts rising in price, people react too late and buy it when it’s already at or close to the top, and so they lose money when it heads back down again. Similarly, people ditch their stocks when they start falling and end up selling them for less than they’re really worth, only to kick themselves when they see the stock regaining value in the weeks and months that follow. Someone who can read the market well will be able to spot a rising stock before it hits its peak, and will also be able to see when a stock has bottomed out and is due to rise again. Picking up bottomed-out stock in bulk and then watching it shoot back up is the ultimate thrill for any investor, and it’s not that hard to do when you know what you’re looking at.

Human beings are sometimes blinded by percentages. 5% might not sound like a large fee for a broker to take, but 5% of $100,000 is five thousand dollars. If your $100,000 investment grows to $110,000 in the first year, you’ve lost five thousand dollars of your profits. That’s a big deal. While we strongly advocate using an adviser or a broker when you’re inexperienced, we also strongly advocate minimizing the associated costs wherever possible. There’s no good reason to spend more than $20 on fees for every $1000 traded, and you shouldn’t let anybody tell you otherwise. You might be new to all this, but that doesn’t mean that anyone else has the right to take advantage of you. Never be afraid to walk away from a broker or a trade if the fees are too high. If fees cover five percent of your investment, your investment has to grow by at least six percent for you to make any money at all. Suddenly that projected growth figure doesn’t look quite as exciting.

We’ve all seen “Wolf of Wall Street,” and so we’ve all seen how Jordan Belfort used the penny stocks market to make himself very rich. Every wannabe Jordan Belfort has seen that movie too, and we shouldn’t forget that Belfort went to prison. He, his company, and his employees all made huge money during the peak years of his career. His customers often weren’t quite so lucky. Penny stocks often belong to unregulated, unlisted, and unknown companies and can easily be manipulated by rich people who know how to play the market. They buy huge amounts of them, artificially inflating the price in the process, and then sell them all at once. That makes vast sums of money for them but causes the price to crash back down and leaves everybody else holding onto losing bets. If you really want to make money, avoid this bear pit and stick to the bigger picture where there’s better knowledge and regulation.

We can’t guarantee that you’ll make money in stocks and shares. Nobody can. You’re less likely to lose money if you exercise a little common sense and follow this advice, though, and so we hope you’ve found this article useful if you’re at the beginning of your life as an investor!

Interesting Related Article: “What is the perfect investment strategy for you?“