People with a criminal record are half as likely to secure a job than non-felons, though having a successful business career isn’t impossible. In fact, becoming an entrepreneur is a great way to beat such odds, and while it may be a bit difficult at times, there are many ways to overcome the initial obstacles.  Whether you’re just starting a business after serving time or resuming an already-established business, there are many resources available — as well as inspirational people with great success stories — that can help make your dreams of success a reality. 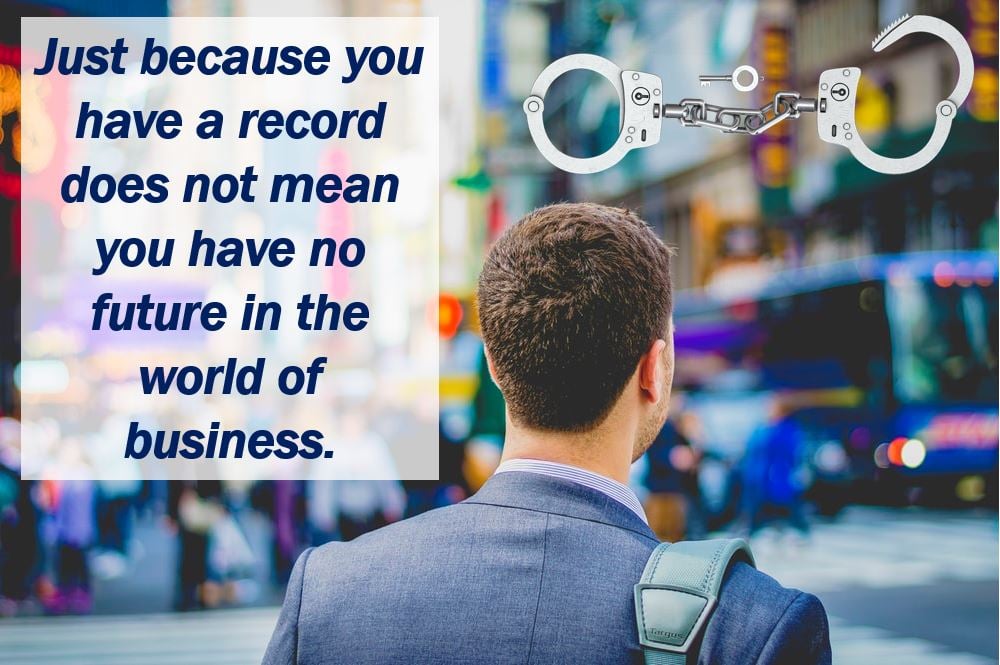 When people with a criminal history are typically able to find a job, they unfortunately get paid 40% less than those without a criminal background. However, those statistics don’t have to ruin your chances of gaining general and financial success in the business industry.

Becoming an entrepreneur can allow you to branch out and become your own boss, which can help you create your own path to success. With that said, starting your own business can still prove to be difficult, especially if you need some start-up money, as you may be less likely to get a loan due to background checks. However, by utilizing your resources, you can find a way.

While it might seem nearly impossible to venture into the business industry — much less make a successful career for yourself – after serving time, it’s important to realize that there are many resources out there that can be a major help. For example, programs such as  AJ Ware’s Inmates to Entrepreneurs are made to help convicted felons get a second chance.

Your former correctional facility may also have some useful information that can help get your business up and running, such as how you can go about getting a loan or grant. One of the most helpful resources to you in such circumstances can be a lawyer. A lawyer can not only help to make sense of any paperwork involved but can also help you to make decisions with you and your business’s best interest in mind.

Utilizing the resources of a lawyer isn’t just  great for building a business after a life of crime, as legal help can also be useful should you be involved in criminal activity while already in business. For example, a lawyer could give you advice and get you the justice (and potential compensation) you deserve in instances of crime.

Criminal defense lawyer  Julian Stroleny affirms that all clients deserve respect despite the allegations made against them, meaning that lawyers who specialize in such cases not only offer experienced advice but provide a respectful atmosphere as well.

When thinking of starting a business seems difficult with a criminal past, keep in mind that there are many people out there who have come out on the other side as very successful. In fact, there are several notable examples of well-known celebrities that have dominated the business world after serving time.

Martha Stewart, for instance, served five months back in 2004 after being convicted of obstruction of justice in relation to insider trading, yet her media company (Martha Stewart Omnimedia) gained such success in the stock market, making her a billionaire. Now a household name today with her work in relation to cooking, decorating, and general entertainment, Stewart is thriving in the business industry.

Other famous and well-known examples of those who have a successful business career and a criminal record include Piper Kerman and Mark Wahlberg. Piper Kerman, for example, was indicted in 1998 on money laundering charges, and was sentenced to 15 months behind bars. After serving 13, Kerman went on to write the well-known book Orange Is the New Black, which eventually inspired the Netflix show – turning her into a successful businesswoman.

Mark Wahlberg also has a criminal past, though he went on to thrive in the music and film industries, and most recently food as well. However, Stewart, Kerman, and Wahlberg aren’t the only ones out there who created success after a criminal past, proving that anything is possible with some hard work.

Starting or resuming a business after serving time can be a difficult endeavor, though it isn’t impossible. Through utilizing your resources such as talking with your previous correctional facility or a lawyer that specializes in crime — not to mention the inspiration of those who did it first, you’re sure to create a successful path in the industry despite your past.

Interesting related article: “What is justice?“