GameStop: Reddit Investors and the Emergence of Meme Stocks

There is no easy way of explaining what happened at the end of January and early February 2021 when it comes to the US stock market. And, those who claim they know all about how Reddit investors and weaponized autism works are probably the same people who shorted GameStop stocks. 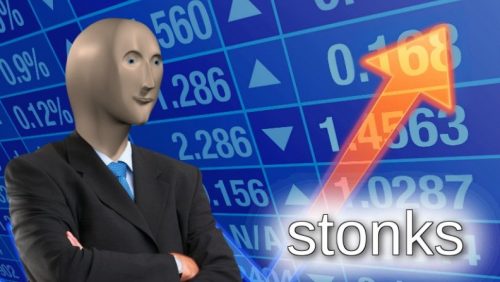 Even those who are engaged in the process directly can only answer what is happening, with little regarding the ‘’why’’. Still, there are some things that even those coming from the outside should know:

Ironically, the term ‘’meme economy’’ that has been around for half a decade has now gained a new meaning to become quite literal. While we may not be trading emerald Pepe memes, they still affect how real-world stock will be priced.

The most visible result is the stock price of GameStop and the utter destruction of established norms about how the stock market works. But, that is not the deepest and most impactful result.

Only a fraction of amateur traders and investors are so speculative that they might as well be gambling. Others are driven by both political and wise economical means, depending on the capability to read the meme economy and predict the ‘’next big thing’’.

The most concerning and probably most entertaining aspect of the GameStop Stonks revolution is the reaction from the mass media and large investors. Instead of praising the ingenuity and resources of these small investors, they were fully against free trade and the free market.

For the first time ever, billionaires were crying online and asking for government regulation, something most of them were against just a month before.

Also, there were even attempts to paint the heterogeneous internet group as some sort of right-wing or left-wing political group, which can be seen as false after only minutes on the subreddit.

The truth is, hedge-fund managers have no political allies and most agree that their money is not well-earned. From the Maoist-Stalinist hardcore left-winger to the Blackpill libertarian hugging his rifle, everybody dislikes the Wall Street fat cats.

Corruption as a Market Indicator

Once we pass the laughter and the schadenfreude of billionaires losing money, we have some actual data to work with. Trying to make your fortune on the lapses of the market is nothing new, and that is exactly what Reddit users are exploiting now.

Calling this corruption is not strictly necessary because there doesn’t need to be any collusion from groups on Wall Street or inside large corporations and investment funds. It is more about noticing places where such organizations have willingly overplayed their hand.

In these situations, investors will publically bet against this action and try to overturn the tendencies made by the biggest players by promoting their ‘’bet’’.

And to be fair, this is a bet. There are no solid bases in the meme economy and you will have a much better time spending money on some high RTP pokies or roulette than being certain that you will become rich from Reddit.

The subreddit aptly named r/wallstreetbets is where the first discussion about the overextension of GameStop stocks and how more stocks of this company were shorted than there were actual stocks in existence, up to 114%.

While most small investors understood that the actual value of GameStop as a company is not great, the price of the stock was still lowballed and forced to go down as to be acquired by a bigger player.

The bet paid off and the price of this stock alone jumped 1000% in less than two weeks. Just for the meme. Any reasonable investor knew that the price of the stock wasn’t $1000, or even $350.

Is Speculative Investment a Good Way to Make Money?

There is no going around this answer. Even if you are very good, very smart, very well informed, and very lucky, using exclusively speculative investments is a good way to go broke. Diversifying and covering your basis is always a better plan in the long run.

If you build your portfolio and invest in blue-chip first, with secondary investments going into stable commodities, only then you can test your luck and your skill with speculative stocks and day trading.

Similar to regular gambling, being lucky here can make you a millionaire overnight and can quickly be worth more than the rest of your portfolio. Here you need to divest and reallocate the funds back to being normal.

Same as in a casino, it is important to know when to stop. Because, if you bet only what you can lose you can gamble every day. But, if you bet everything you can lose everything, and making $1 out of $0 is much harder than making two million out of one.