Gaming Intelligence Awards 2020 was an annual event embracing some of the most outstanding gambling industry achievements. This event embraces constant development and innovation in this particular niche. All viewers could expect to see the winners in a dazzling array of nominations. The excellent news is that Gaming Intelligence Awards outline nominations for both providers and operators. 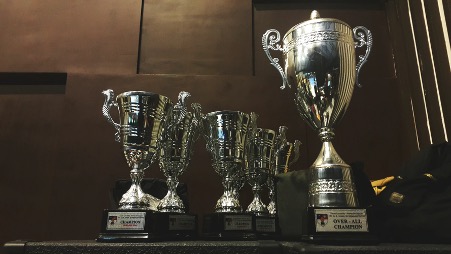 When it comes to operators, Gaming Intelligence Awards 2020 created eight categories. These nominations and shortlists are invented to highlight ambitious operators, alongside outlining those focusing on particular titles. You should remember that this organization wants to commemorate all the promising companies, but let’s look at the most exciting nominations.

Gaming Intelligence Awards 2020 editors indicated the shortlist of this nomination consisted of 888 Holdings, Betsson Group, GVC Holdings, and Paf. As the result of a closer assessment, the editors’ board decided that Betsson Group is triumphant of this award. It is no surprise that this group got its title due to a dazzling array of social projects and initiatives created and maintained by this company. 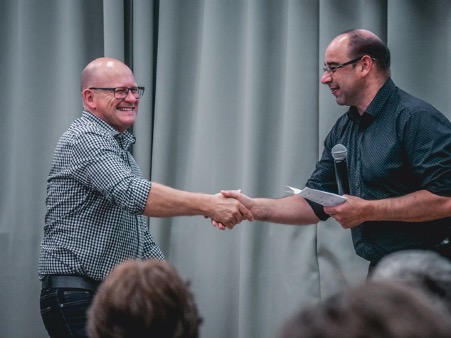 Poker Operator of the Year

When it comes to the best Poker Operator title, no one could easily predict which operator would triumph. The crucial point is that the Gaming Intelligence Awards 2020 team compiled an extremely competitive shortlist consisting of IDN, Kindred Group, The Stars Group, and Winamax. As assessed by the editors’ board, The Stars Group showed the most progress in delivering top-notch experiences to its players.

It no surprise that the top online casinos do their best to compete with the Stars Group and their services. You should read reviews on all the other best real money online casinos to make your mind on where to enjoy your Poker titles. After all, reading a dedicated review is helpful for getting a clear picture of what Poker operator to choose.

Except for Socially Responsibly Gaming Operator and Poker Operator of the Year by Gaming Intelligence Awards 2020, other winners of this year include:

Please note that all of those winners justifiably got their spots, especially while reviewing their contribution to the industry. All their achievements should undoubtedly be emphasized, making them leaders in their respective niches.

The second relevant group of rewards relates to gambling providers. For most gamblers, this group of categories was more thrilling to track since it features ‘Game of the Year’ and ‘One to Watch’ awards.

Since some of those awards were more or less predictable, you might be interested in the ones that got the most attention. Let’s take a closer look at the mentioned two categories that have proven to be the most intriguing awards for gamers.

Game of the Year

As stated by the editors’ board of this year’s awards, ‘Game of the Year’ edition shortlisted five outstanding titles, including:

Each of these titles offers a fascinating experience, alongside being innovative regarding its in-game features. As editors of this year’s awards decided, Monopoly Live was named the ‘Game of the Year.’ Evolution Gaming, a developer, has long been conducting drastic efforts on popularizing its titles.

We can expect more titles like these to appear in the gambling industry in 2021. Shortly, you’d be able to access such games in the best real money online casinos. Please note that reading a review before choosing a platform is always wise and highly recommended.

In particular, games developed by Skywind Group have no wagering requirements, concurrently maintaining original gameplay and being easy to integrate. It should also be noted that Skywind Group focuses on releasing old-school online titles beloved by thousands of casual gambling enthusiasts. Thanks to all those improvements, gambling fans should certainly track what Skywind Group can offer regarding its gameplay features.

When it comes to other provider categories, Gaming Intelligence Awards 2020 nominated the following suppliers:

It’s worth noting that all the mentioned suppliers have long been role models for other industry suppliers. If you’re up for trying something new, be sure to experiment with their software in the respective categories of your particular interest.

It is no surprise that the Gaming Intelligence Awards 2020 is treated seriously within the industry. Keeping in mind that dozens of gambling operators and providers do their best to become shortlisted, you can realize what winning a specific category means. Since all these categories feature awards for both gambling operators and providers, you can find something for yourself.

The excellent news about these awards is that it is conducted annually to track the most remarkable achievements and innovations of the gambling industry. In case nothing, in particular, surprised you this year, following the future of those organization awards is wise.

If you have just tuned in to review what operators and providers offer, consider manually trying out all the winners in the respective nominations. The odds are high that a ‘Game of the Year’ won’t disappoint you, whereas ‘One to Watch’ categories are won by companies that deserve such awards.

Interesting Related Article: “What is gaming? Definition and examples“