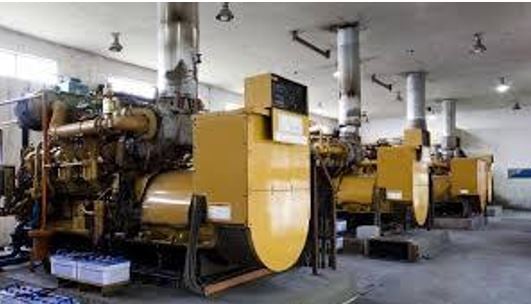 However, since the single-phase does not produce a rotating magnetic field, it requires additional circuits to start an electric motor. Depending on the country of manufacture and use, single-phase generators are usually manufactured in ratings below 10kW, a frequency of 50 or 60 Hertz, and a voltage of 110 or 240 volts.

Formed by three alternating single-phase currents, the three-phase generator is a system of production and distribution of electric energy, typically operating at 480 volts. Each phase is of equal frequency and amplitude. The phases have a difference of 120-degree electric between them and are passed in a determined order.

When the currents are the same and symmetrically out of phase, the three-phase system of voltages is balanced. However, if any of the conditions are not met, the system is unbalanced, where the set of different impedances cause the receiver to circulate currents of different amplitudes.

Choosing Between Single and Three-Phase

However, if your appliances work on different phases, then you will have to go for a three-phase generator. In case you decide to step up a single-phase to a three-phase unit, you have to remember to account for load balances.

The maintenance cost for both is about the same. While components in the three-phase may be cheaper, they do not affect the overall cost of the generator too much. However, in the case of replacements of parts, the three-phase generator would be cheaper than the single-phase with the same rating.

Concerning the single-phase generator, the output voltage is generated across the stator which has windings connected in a series, forming a single circuit. If we take the example of a four-pole generator, each of the poles of the rotor is spaced evenly around the stator.

Three-phase generators feature three single-phase windings with a phase difference of 120 degrees among the voltages induced in the three stator windings. All three-phases are independent of each other. Three-phase has two main types of connections, namely the Star or Y and the Triangle or Delta configuration.

In the star configuration, neutral is formed by connecting one lead from each winding. The finish end in each winding is connected to a line terminal. Hence, a greater voltage is produced in total than the individual voltage across a singular winding. The delta configuration features the start end of one phase connected to the finish end of the adjacent one. Hence, the line voltage and the phase voltage are the same.

Phase conversion can be done by several methods as listed below.

Reconfigure Coil Connection – Converting a three-phase unit to a single-phase can be done by altering the connection between the stator windings. This can be done either outside or inside the generator head. While connecting them in a series converts three-phase to single, connecting opposite coils in series will double the output voltage. However, care should be taken to map the wires to the coils that they are connected to. The manufacturer’s documents will help or you can work backward by studying how the generator is wired.

Centre-Tapping Single-Phase Loads – Three-phase generators can be viewed as three single-phase units put together. You can connect single-phase loads to a three-phase unit by connecting the load between the system neutral and any phase conductor.

While this is generally done for low loads, for higher loads, connect the load in a phase to phase connection across two conductors. However, since this provides 208V, it could cause poor performance in appliances that require 240V as this would mean that the appliances would be running at 75 percent of their rated capacity.

RPC (rotary phase converter) connected to a single-phase generator produces three-phase power. This requires a basic configuration comprising idler inputs from the single-phase unit. Voltage is produced on the unconnected third terminal and differs from the other two by 120 degrees.

Variable speed drives (VSDs), inverters, and variable frequency drives (VFDs) are similar to the rotary phase converters and very effective in combination with a single-phase generator, where the application requires 20 horsepower and below.

While conversion from single-phase to three-phase and vice versa is possible, it is always better to figure out the requirements and opt for the correct phase generator.