The Global Trade Problem is Just the Tip of the Iceberg

The current, brewing US-China trade war is sitting on a ticking time bomb. The contest for economic prowess is going to be a murky one, especially in the global financial markets. The U.S. dollar (USD) and the Chinese yuan (CNY), particularly, are bound to be impacted; something to keep an eye on, especially if you trade forex. 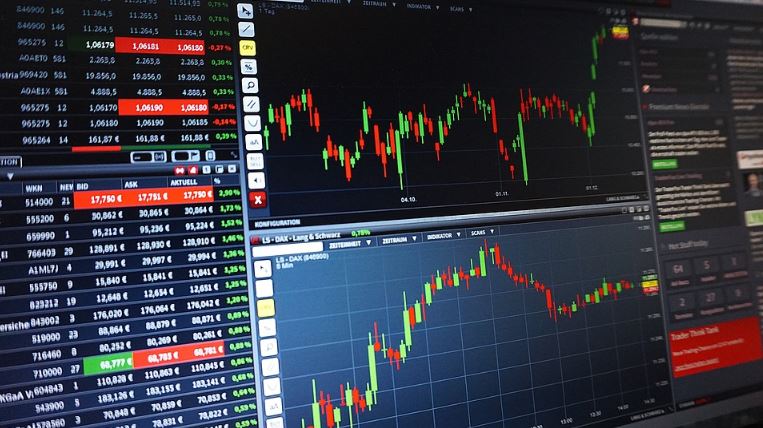 Is A Recession on the Way?

On the 5th of August, Bloomberg reported that the yield curve on the U.S. 2-year and 10-year notes are flattening and have turned negative for the first time since 2007. The yield curve is a leading indicator that signals an economic recession, approximately 18 months prior to a recession occurring. Unlike gold, equities, and crude oil, the 2-10 yield curve has worked without fault for the past 50 years, predicting accurately ahead of every U.S. recession. To top it off, the former US treasury secretary who worked in crisis-management during the global crisis in 2008, Larry Summers, echoed the same sentiments through his tweet, “We may well be at the most dangerous financial moment … since 2009.”

While many global economists have suggested that an amicable solution to the trade war is vital in order to avoid global financial and economic turmoil, it seems that this will not be sufficient to prevent an economic recession.

The current US-China trade war, together with the currency war between the US dollar and the Chinese yuan, are a lose-lose situation for both countries. To top it off, the negative impact of the conflict could also influence the entire global economy. That is, in some countries, as growth prospects start to decline, leverage and debt issues will increase. The end result will be financial instability that will continue to erode away at any form of economic stability.

But the damage doesn’t end there. The US-China trade war is already starting to expand beyond economics. Other areas, such as, domestic political issues and national security are also feeling the heat. Interestingly though, the current tensions are not a direct result of the US-China trade war. In fact, if we take into account the broader context of the past decade, the current trade tensions are simply a symptom and not the direct cause of the global economic and financial decline. Despite this, it seems that the main focus is on the trade war risks instead of on other more productive measures which will be required in order to guarantee a more stable financial environment.

Let’s put everything into perspective. It might be easy to blame the current tensions in the global financial markets on the US-China trade war. But let’s stop for a minute and take a look at the other factors at play. There is growing political pressure on central banks, the loss of trust in governments, regional economic and geopolitical tensions, the backlash against the inequality of wealth, income and opportunity, the growth of anti-establishment movements, the growing risk of financial instability, major threats to long-term financial-protection products as well as a general sense of economic insecurity.

The above landscape, as well as the growing US-China tensions, are closely related to two key features of the global economy since the 2008 financial crisis.

The first feature is the persistent over-reliance on the liquidity of the central bank. This is the opposite of a more balanced policy mix that seeks to create faster, more inclusive growth. To date, the monetary policy of the US central bank has not been successful in boosting sustainable growth. Instead, it has significantly lifted asset prices. As a result, complaints have increased that the system is simply looking out for the rich, rather than serving the broader population and more disadvantaged groups.

The second feature is a long period of low economic growth, which is also insufficiently inclusive. The result of this is that many parts of the population feel angry and alienated, which in turn could lead to unexpected election outcomes, and even, social unrest.

If these features continue to exist, the global economy is going to meet a dead-end. This current unsustainable path is likely to lead to rising social and political tensions, recession, and financial instability. On the flip side, it may prompt governments to start responding to public pressure and to adopt inclusive growth, which could lead to genuine financial stability.

With all this in mind, to avoid global economic turmoil, the US and China need to resolve their differences, but they will also need to agree on a comprehensive policy that will take into account other leading economies, such as in Europe. In addition, the genuine grievances of the US and Europe regarding China need to be addressed and resolved. These include the forced transfer of technology, intellectual-property theft, excessive subsidisation and other unfair investment and trade practices. Resolving these matters could then form the foundation for a more multilateral, comprehensive effort to encourage real growth and trade.

The end result will be the rehabilitation of infrastructure and modernisation in the US and Europe. In addition, balanced fiscal policies will be developed in Europe as well as stronger safety nets globally and a stronger economic architecture.

The upcoming dead-end and deterioration of the global economy can be successfully navigated if the necessary steps are taken. If not, we are likely to be facing financial and economic instability and insecurity – the effects which might be irreversible.