What is Google Scraping and How Does It Work? 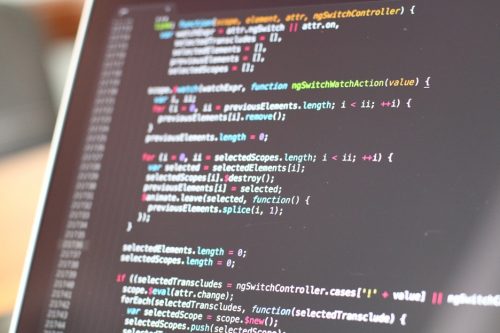 Businesses such as SERPMaster offer APIs that allow users to search and retrieve data from any Google query and from any engine source (e.g. Images, Shopping, etc). Data retrieved from the search engine is then outputted in raw HTML or as a parsed JSON for analysis purposes. But how do they acquire and deliver data?

Web scraping and crawling is performed by automated tools that go to URLs and download the source code. Web scraping tools can then go through the entire source code and store the requested data (e.g. product names and prices for e-commerce websites) – an activity called parsing.

Parsed data is then utilized by analysts or fed into automated software to gain insights and drive business decisions. For example, automated data extraction is widely used in dynamic pricing strategies by companies that want to stay ahead of the competition and maximize profits.

Though web scraping has plenty of business use cases, most websites aren’t too happy to let automated applications run amok as they use up server resources. Therefore, those who develop and utilize web scraping try to minimize their negative impact on servers in order to avoid getting banned.

Google scraping is essentially the same process except tailored to the search engine. Unlike most other websites, Google is extremely protective of its public data and employs heavy anti-bot measures. Thus, very few companies know how to acquire large amounts of data from the search engine.

Google scraping is important for many online businesses. For example, most SEO tools are developed out of companies acquiring large amounts of Google data, parsing and analyzing it in order to develop predictions about search algorithms. Other businesses use Google data scraping to perform price monitoring by utilizing the Shopping section.

As Google employs many roadblocks to automated data extraction such as CAPTCHAs, IP bans and many other tools, scraping tools need to know how to avoid triggering these anti-bot measures. Often this is the hardest part of Google data acquisition as in order to gain insights from any set of information, a large amount of it is needed.

Most companies know that extensive Google scraping will inevitably lead to a simple IP block that might last anywhere from a few hours to forever. Google does not provide data whether IPs get unblocked or if they do, when.

Before that happens, though, what is most common is receiving CATPCHAs before Google performs the requested query. Of course, nowadays it’s entirely possible to build automated software that can solve at least the basic CAPTCHAs. Yet, it is often understood as a warning sign that an IP block is soon to come.

In order to avoid these IP blocks and efficiency bottlenecks, almost all scraping tools (including Google scrapers) use proxies. Proxies are simply computers (either dedicated data centers or residential machines) that take care of internet traffic requests and output them to the intended destination. Generally, nearly nothing about requests is changed except for the fact that destination servers see the IP of the proxy instead of the original source’s address.

Utilizing proxies to send queries to Google from different IP addresses is just one weapon in the entire arsenal. Yet, other methods to avoid IP blocks are scarcely known as Google scraping companies often keep a steel lid on their data acquisition practices.

Large amounts of data from Google are incredibly useful for many use cases. One of the most common uses is building SEO tools. For example, SEO giants such as Ahrefs acquire large amounts of data from Google to build predictions on search engine result pages and to reverse engineer ranking algorithms. These tools then provide suggestions for their users on how to rank their pages in Google better.

These are just some of the examples as there are numerous ways to utilize large scale data gathered from Google. There are both one-person research projects and giant enterprises out there that utilize Google scraping as their data source.

Certain businesses develop Google scrapers that acquire data from search engine result pages at scale. These tools are then used by companies that need SERP data for business insights or to develop SEO tools.

Until now, acquiring large scale Google data was either expensive or difficult. Nowadays, it’s becoming more common with businesses lowering their costs for Google scraping. Nearly everyone can now use data gathered from the largest search engine for any goal.

Interesting Related Article: “How to Get Backlinks that Google Wants“