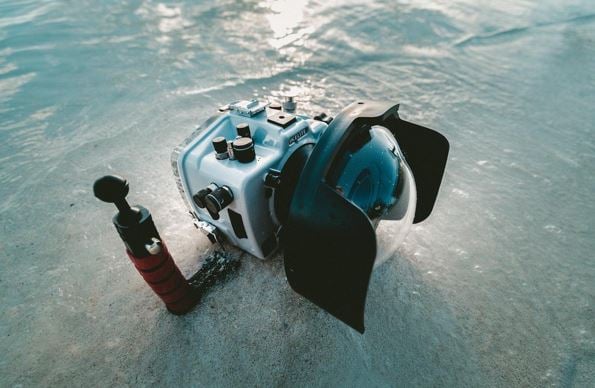 Ever wondered what great inventions lie on the seabed? No? You should – some of those inventions have led to huge advances in other areas, such as medical research or household technology.

There’s a lot of capital in the oil and gas industry, and many don’t realize that great energy companies like Norwegian-based Equinor and 4subsea are spending that money on research benefitting all mankind. Here are some of the greatest inventions in subsea solutions and how they benefited other fields.

When the oil industry started moving into deep waters in the 1960s, rigs were designed for shallow depths, making it hard to drop anchor in many locations. This spurred innovations in dynamic positioning, leading to great advances in using cybernetics to constantly predict changes before they occur.

Today, the same technology is used for rigs and ships, as well as cruise ships, diving vessels, and research vessels.

For the subsea industry, a huge and costly problem is monitoring what actually happens below the surface. Operating assets such as pipes, flowlines, floating wind turbines, and drilling rigs come with big challenges when it comes to running operations as efficiently and controlled as possible.

Leading engineering company 4subsea have developed plug-and-play sensor technology, saving the energy industry billions of dollars in maintenance and monitoring. Advances in sensor technology have been adapted to a number of other industries, such as the automobile, aerospace, and medical industries.

Multiphase technology makes it possible to transport oil, gas, water, and condensates through the same pipe at the same time, avoiding the need for separator apparatus on every platform in an oil field. This invention alone has saved billions for the gas and oil industry.

Research institute IFE Hynor Hydrogen Technology Center completed the development of this multiphase technology, which is now used worldwide. The technology is adapted to cancer research, creating models to simulate growth and the spread of malignant tumours.

In 2015, energy company Equinor successfully installed a complete factory on the seabed, recovering more oil from the Mikkel and Midgard reservoirs. Located at the bottom of the ocean, this factory is fully automated, producing non-stop with no need for cleaning or replacement of parts. It has a life expectancy of approximately thirty years.

High-technology factories that run themselves in locations that are almost impossible to reach, is a huge achievement. The technology is inspiring solutions in other areas, such as aerospace industries.

A remotely operated underwater vehicle is a tethered underwater mobile device. Technically, the abbreviation is ROUV, but ROV is more commonly used. The most famous underwater ROV in the world is Argo, an unmanned deep-towed subsea camera sled. It played a key role in discovering the wreckage of RMS Titanic in 1985 and even starred in the movie from 1997.

The first subsea ROVs were developed in the 1960s funded by the U.S. Navy, but new innovations have earned them a place on this list. Their tasks now range from basic monitoring and inspections to maintaining assets, connecting pipelines, and placing underwater manifolds.

Applications in other fields include locating historic shipwrecks such as The Titanic, as well as applications in science, military, and salvage.

Interesting related article: “What is Innovation?“