Guy Galboiz Talks about The Importance of Renewable Energy 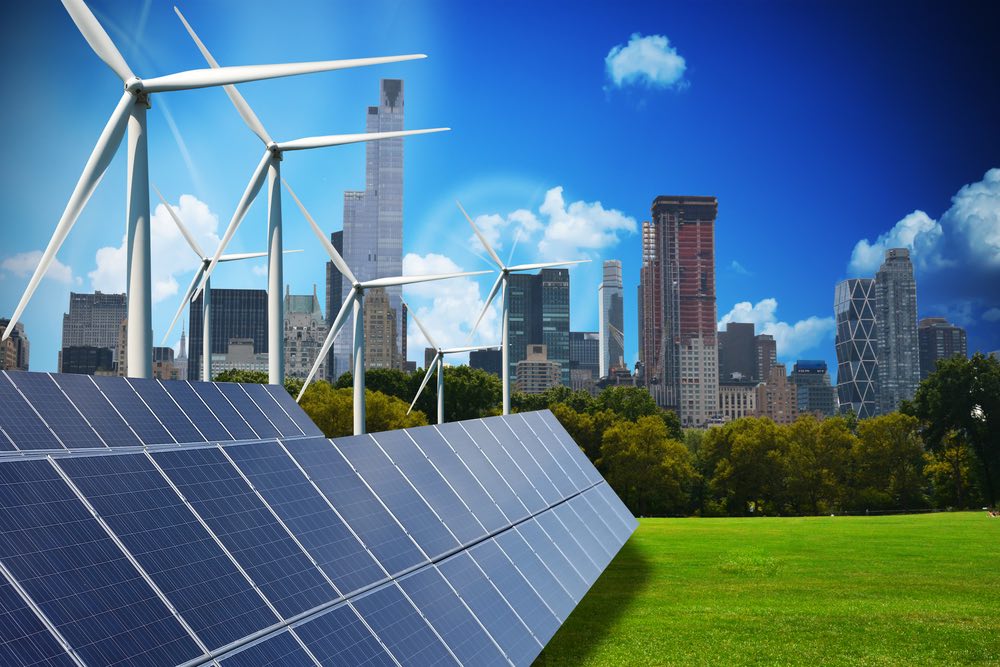 There is no denying that renewable energy is good for our planet as a whole. Green energy, from wind to solar, is one of the fastest-growing energy sectors in the world. In today’s world, renewable energy has become a very popular topic and more and more people are considering switching to renewables, whenever and wherever possible.

What is Renewable Energy?

Energy that is derived from natural resources, such as the wind, sun, water and even the internal heat of the Earth, is called renewable energy. While natural products are also used for creating fossil fuels, the best thing about renewable resources is that they will never run out. They are available on a regular basis and will be available for as long as the planet remains intact.

It is possible to transform renewable resources into usable energy with the use of generators like wind turbines and solar panels. The energy can then be used for running whole cities, rather than single buildings.

One of the biggest benefits of renewable energy is that it is clean, which means that it doesn’t release any greenhouse gasses or any other form of harmful emissions. Most of the world uses nonrenewable resources for generating their energy. These include oil or fossil fuels, which have to be extracted from the Earth. These processes can inflict a lot of damage to the habitats and environment.

Moreover, the nonrenewable resources found within the earth are also finite in amount and it takes hundreds of years to replenish them. In addition, they also cause smog, release greenhouse gasses and contribute to global climate change, amongst other disastrous consequences.

The energy usage norms and global operations are not on track for meeting international climate goals to ensure sustainable development. With diminishing resource pools and rising demands, the importance of clean and renewable energy has increased tenfold Guy Galboiz sheds some light on the importance of renewable energy for this planet and the people residing in it:

Use of fossil fuels for generating electricity accounts for some major industrial pollution in the United States, as well as other parts of the world. Statistics indicate that it is the second-leading contributor to air pollution and has some devastating impacts on the planet’s ecosystem, which include acid rain, groundwater pollution, increased mercury deposits and smog.

Since burning of fossil fuels releases a lot of energy, such as natural gas and coal, it also releases greenhouse gasses and this further contributes to global climate change. How can the environmental impact be reduced with renewable energy?

In simple terms, we don’t have to extract renewable resources from the earth and they don’t have to be burned off to give energy.

Furthermore, renewable energy is an infinite source of energy and this has presented a number of market opportunities for expanding renewable technology, something that cannot be done with a finite supply of natural gas or coal. While a lot of this expansion is driven by consumer demand, environmental regulations and federal mandates have also played an important role.

Even though renewable energy is not at the stage that it can shoulder the entire energy requirement for the United States, the cost of production is decreasing to reach the same levels as that of fossil fuels. For instance, the cost of generating electricity from wind energy fell from 2009 to 2016 by 66%. The cost of installing solar panels reduced by 70% from 2010 to 2017.

The equal production cost for both renewable resources and fossil fuels is referred to as grid parity. Guy Galboiz is of the opinion that as government policies and consumer interest will help in reducing the production costs from alternative sources, more and more countries will be able to enjoy the benefits of renewable technology, even if they don’t have as many natural resources. As a matter of fact, this expanding access to various types of renewable energy production will bring grid parity much closer than expected.

A major feature of renewable resources is that they are inexhaustible; they will never run out and they are also easily accessible to people all around the world. People who live in arid climates can take advantage of solar energy whereas those who are living in cloudy and windy areas can make use of wind turbines. It is easier than ever for people to access renewable energy because there is a wide array of energy options available.

Likewise, the constant decline in the cost of renewable energy generators has also made this energy source accessible for everyone. In the coming decades, the world will eventually run out of fossil fuels and if people don’t adapt to new sources of energy, then they will be left without any viable power sources for meeting the energy needs of the population. Renewable sources can be used for producing an inexhaustible amount of energy and it will be able to produce 80% of the energy needed for electricity by 2050.

It might come off as a surprise, but energy prices are becoming stable, thanks to renewable energy. The fluctuating gas prices have a direct impact on demand, something that doesn’t have anything to do with the renewable industry. As a single source of energy is not responsible for the demand in the renewable industry, the prices are able to maintain their stability.

Additionally, the same transportation requirements or fuel costs are not associated with renewable energy sources, like solar, wind and hydro. In this way, utility companies are able to pass off the savings onto the consumer. Now, the greatest determining factor for price is the production cost and this works in favor of the consumers.

When you switch to renewable energy, your dependence on fossil fuels will also go down. This can also help in limiting the amount of habitat disruption and drilling that has to be taken for extracting fossil fuels, which helps in protecting the environment. The cost of energy also goes down. How? According to Guy Galboiz, consumers have to pay less for their energy use because gas and oil doesn’t have to be imported from overseas and can be produced in the communities where it will be used.

Not only do multiple energy sources help in reducing cost, they also provide greater reliability to people. If natural gas production dips, the consumer on the market shouldn’t feel it because there are other energy sources, such as hydro, wind and solar, for picking up the slack.

As a matter of fact, the advantages of a wider energy net go beyond pricing. Since fuel doesn’t have to be imported regularly due to a diversified energy network, it is possible to conserve natural resources and also reduce the risk of fuel spills.

When people think about starting a company in the energy consumption field, they have to have access to huge piles of money and also require the equipment for operating a refinery, drilling and the means to transport fuel. However, when it comes to renewable energy, the startup cost for a similar business rapidly decline. This is because no heavy refineries or machineries are needed and it is possible for anyone to start with power lines and turbines.

The amount of technology required for efficient use of renewable energy, such as geothermal generators, turbines and solar panels, also opens up an area in which research can be done by people for producing newer models. When there are such opportunities for competition, they would obviously encourage innovative at a much quicker pace.

They can also be helpful in lowering costs for consumers, as companies are struggling to provide higher quality services to the people at the lowest possible price.

As per Guy Galboiz, renewable energy can be quite labor intensive. As the demand for labor required for extracting fossil fuels has gone down due to technology, these people are driven towards the renewable industry in the search for hard work. Nonetheless, the job growth is going beyond the labor workforce with technology becoming the driving force behind this market.

Another important feature of this growing industry is sustainability. Not only is it one of the fastest-growing job markets, it doesn’t seem to be slowing down anytime soon. According to the statistics, two of the fastest growing jobs in the next few years would be wind technician and solar installer.

There are severe health risks associated with natural gas and coal production. The water and air pollution produced by these methods is not emitted when it comes to clean energy technologies. No water is required for operating wind or solar energy technologies and this reduces the chances of polluting any water sources, such as groundwater. Hence, switching to clean energy resources can help improve public health in the long run.

One of the primary causes of geopolitical and territorial conflicts are the disputes over the ownership and control of nonrenewable resources, like coal, oil and natural gas, which can only be found in a small number of countries. The best thing about renewable resources is that they are a distributed source, which means that almost every country in the world has access to some form of renewable resource. Thus, it can go a long way in reducing geopolitical conflict between countries that can lead to a lot of problems.

Thanks to renewables, urban energy infrastructures have become more independent from remote grids and sources. Industries and businesses are investing in renewables for avoiding disruptions, which include resilience to the impacts climate change can have on weather. It can help in creating a more resilient energy system, which can be quite profitable in the long run.

The most important thing to remember about renewables is that the energy generated from these resources can be used everywhere; from thermal comfort in homes and buildings and power production to transport and industry. The movement of leaving fossil fuels behind is gaining unprecedented momentum for this reason alone.

Guy Galboiz states that there is a growth in research into development of clean energy products and effective forms of renewable energy. Innovations in this industry are happening rapidly and people can become informed consumers if they make an effort to keep up with the new developments being made in the renewable energy industry.

In turn, this will provide you with the information that is necessary for selecting the best renewable energy solutions in accordance with your needs.

Also, once you become an educated consumer, you can tell other interested groups the exact benefits of renewable energy and the processes that have to be performed for obtaining it. This can potentially motivate others to also switch to renewables and play their role in protecting the environment. Countries all over the world are taking this path because it is beneficial for the health of the people and planet Earth.

You may be interested in: “How COVID-19 is impacting on renewable energy use”