Cybercriminals who stole election-related documents from Hall County networks released a sample of the files after their ransom demands weren’t met. County officials first reported the incident on October 7 in a news release, saying a ransomware attack had struck “critical systems within the Hall County Government networks.” 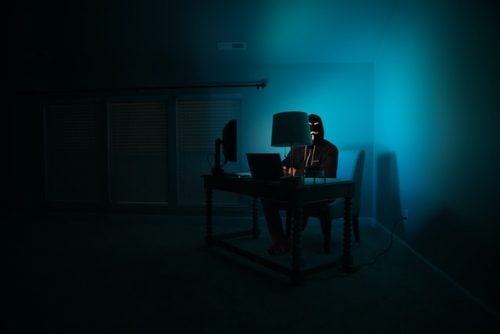 They added that an investigation was launched immediately after the attack, and external cybersecurity experts were brought in to help facilitate and accelerate recovery. At the time of the hack, local media reported that backup systems were set up to prevent the total shutdown of county activities.

But after failing to pay the ransom, hackers on Tuesday leaked some of the stolen election files, with the threat of revealing the remaining documents if Hall County doesn’t pay. According to the Wall Street Journal, the publicized data is mostly administrative and does not include any sensitive information.

What data was exposed?

It includes individuals’ names, provisional ballots, voter names, registration numbers, and an election equipment inventory. As a result, this has slowed the process of verifying voter signatures on absentee ballots.

The documents were published on a website that the cybercriminals operate, which is known for using ransomware called DoppelPaymer. Much like other ransomware, this malicious software encrypts the victim’s files after infiltrating their device. And the only way to regain the data is by paying the ransom that these criminals demand. Otherwise, they release it to the public. However, Commissioner Billy Powell said the county still hasn’t received any demands from the hackers.

Federal agencies and cybersecurity experts have been warning users and organizations about ransomware attacks targeting the elections. They fear these onslaughts could disrupt voting and damage the election’s integrity.

As cybercriminals continue to find new and advanced ways to target organizations and individuals, enhancing your online privacy and security is critical. TheVPN.Guru features detailed VPN reviews and guides, as well as cybersecurity tips and tricks.