Has the Cannabis Industry Been Affected by Covid 19?

Covid-19 was an unprecedented attack on humanity, something which by its nature nobody could have prepared for. Nothing has managed to outrun this new global catastrophe, and as special as the cannabis movement has become for people, it is no exception.
The industry has many faces: online shops, dispensaries, the illegal market; it is hard to imagine that what is now such a massive network could escape the worldwide effects of Covid 19. Each branch has been laden with different weights, but some have also blossomed. 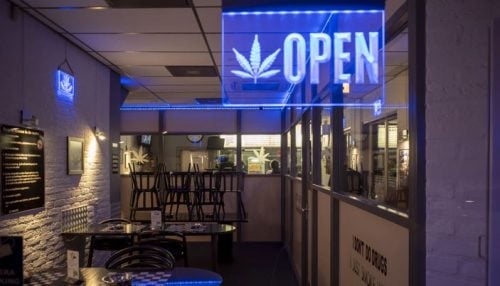 Cannabis through the internet is just another marvel of today’s world and something which has mostly benefited from the pandemic. Shops that have faced the anxiety which customers feel when ordering cannabis over the web, or competition from on-ground dispensaries, have gained much ground in these battles. Leafly – the largest cannabis website in the world – has even started a delivery service, which caters to New York, Florida, Maryland, and several other US states.
The accessory-side of the business has seen major gains in sales since the pandemic fell upon us, with more people using their time to discover new ways of ingesting cannabis. Reputable Head Shops such as Smoke Cartel have been catering to customers looking for pipes, bongs, dab rigs, and more; people all around the world are finding time to experiment with new paraphernalia, and determine which method suits them best.

Over-the-counter dispensaries all around the world took a hard hit, as the pandemic forced them to shut down shop. However – in much the same way as off-licenses – most were quickly put back on track, as their countries deemed them essential businesses.

People often lump all cannabis users into the one category, the generalization of stoners, but – especially where it is legal – for many, the use of cannabis is therapeutic. Anxiety and depression were pandemics long before Covid hit the scene, and cannabis has been known to treat these conditions. With the wave of emotional turmoil which accompanied the forced lockdown, these patients were essentially stripped of that which – by all accounts – helps them. This was a strong factor in the decision to re-open dispensaries and remains a reason to keep them open as the list of Covid’s atrocities gets longer.

In countries where full legalization has not yet taken hold, the black market for cannabis became much more expensive. Spain saw prices double and even triple, as cannabis clubs around the country shut down due to restrictions. They have now re-opened, with a finely Covid-tuned set of regulations including masks and social distancing.
Hundreds of thousands of reliant cannabis users were saddened by the closing of Spain’s 1600 cannabis clubs; many of these people were victims of serious ailments such as epilepsy and multiple sclerosis. If anything, the events which have taken place under the nose of Covid-19 may further the fight for full legalization, as they have brought to light more clearly the plight of those who find cannabis beneficial.
In the US also, the closing of dispensaries in places such as California saw the black market sales pull ahead of the legal to lengths unheard of in recent history. In 2019, it was estimated that almost two-thirds of all cannabis sales were of the back-alley, corner-shopping kind; this trend maintained and escalated in the closing of dispensaries, and is still in the process of regaining its balance.

Expert analysts with a keen eye on the cannabis industry see a possible decline soon, as major cannabis companies have shifted their attention to operate more efficiently in the pandemic; this has left many dispensaries and growers without their regular source, and forced them to close their doors. However, the industry has survived where so many others have shut down altogether; in some countries – due to disparity in the law surrounding cannabis – it has never seen harder times, and in others, it has flourished.
The considering of dispensaries as essential saved cannabis users from a fate which was very much a possibility, but nothing is certain; in these times of constant change, and near-improvisational behavior on the part of the government, nobody truly knows what will happen. The world is still very much in flux, and the future of the cannabis industry which until recently seemed so definite has once more been thrown into obscurity.

Interesting Related Article: “The Economy Behind Prices of Cannabis Around the World“