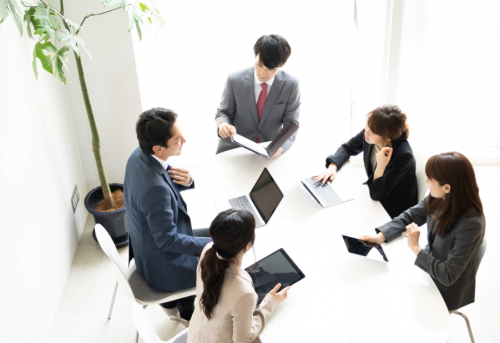 A company that has a special purpose of completing an acquisition, including mergers, is referred to as a SPAC. They are publicly listed and traded, but they don’t have any operating assets. Instead, they raise cash and have a fixed time period during which they have to find another company to acquire, or merge with. Once they have done so, they take the private company in question public. Ido Fishman states that SPACs cannot know what company they are going to acquire ahead of time. Furthermore, the acquired company has to be at least 80% of the cash that’s raised in the SPAC IPO.

Since SPACs have heated up in the last couple of years, a lot of people are under the misconception that they are a new concept. However, Ido Fishman says that SPACs have been around for a very long time. They were first introduced in 1993 by David Nussbaum and this was when blank check companies were banned in the United States. SPACs were introduced as an exemption and more than 500 of them have been listed since the 90s, which have managed to raise more than $100 billion. There was a time when the raises were relatively small, typically under $100 million. However, they have become a lot more established today, as the average raise is now $380 million.

As there wasn’t much regulation related to SPACs, the concept was abused extensively in the past. But, Ido Fishman states that the SEC made some changes, which led to an increase in the number of SPACs launched, along with the quality of their participants. For instance, around six years ago, Goldman Sachs had a very strict policy against SPACs, but they have now become the first golden-bracket investment banking company that has sponsored two SPACs of its own.

Furthermore, until just four years ago, no SPAC had been listed on the New York Stock Exchange, but they launched their first one in May, 2017. More than 60 SPACs have been listed on the NYSE and in 2020, they had the highest volume of SPAC listings.

There was a time when SPACs were mostly outside the mainstream, but now they have become one of the hottest investment vehicle. Why is this so? According to Ido Fishman, there are a number of reasons that have contributed to the popularity of SPACs. First and foremost, it should be noted that the number of public companies has reduced significantly in the last 20 to 30 years. It dropped from 8,000 to 4,000 in 2020. While this number has declined, it is important to note that the amount of money flowing into the markets has been increasingly steadily. This is because stock exchanges can make money by bringing on new companies, due to which they have pushed for more SPACs.

As per Ido Fishman, another reason for the popularity of SPACs is the increase in the amount of capital that has been invested in private equity, but there has been a decline in the number of exits. Portfolios backed by private-equity are constantly searching for opportunities to make a profit and this explains why they are so supportive of the SPAC model. Apart from that, the SEC’s decision to regulate SPACs more has also given their reputation a boost in the investment world. The SEC has set a fixed price for every IPO and have also regulated redemption and voting rights to the benefit of all involved parties.

Why not opt for a private equity investment or use the traditional IPO route for going public? According to Ido Fishman, there are some very compelling reasons for people to consider participating in a SPAC deal. First off, SPACs provide investors with the opportunity of higher valuation because public companies tend to trade at higher multiples as compared to private companies. Moreover, when business owners take on private equity, they often lose some control. With SPACs, they can maintain a prominent stake in the company.

Thanks to the cash that’s raised in their IPO, SPACs can also offer greater liquidity. Most importantly, Ido Fishman highlights that traditional IPOs can often take about 2 to 3 years to finalize, but SPACs are completed within four to six months. Apart from that, it is important to note that traditional IPOs can also be extremely expensive to execute. In comparison, SPACs have to deal with most of the cost involved, so the company itself doesn’t have to have a significant amount of money for this purpose.

Another advantage of opting for a SPAC deal is that the deals are identified ahead of time and both parties also agree on the valuation. Instead of waiting for a window to open, you can be sure when the transaction will occur and that you agree with the value.

If you are interested in opting for a SPAC investment, then there are some things you need to know. For starters, Ido Fishman points out that a sponsor group offers units, rather than shares, when they are taking a company public. These units include warrants, shares and sometimes even rights, and they are all priced at $10 per unit. However, there is one feature that sets SPAC apart from the other investment deals; you have the chance to get your money back.

Investing in the SPAC IPO means that your money is placed in a trust account, which is managed separately. Meanwhile, the sponsor of the SPAC is on the lookout for another company they can merge with or acquire. When the company is selected and announced, Ido Fishman states that you have the right to ask for your money back in case you are skeptical about the success of the deal. This is the most prominent factor that makes SPACs one of the best investment options out there. You don’t have to worry about losing your investment and can get it back if you are not optimistic about the deal.