Herbicides May be Harming You and Here’s Why

Herbicides are a common treatment used to eliminate weeds and other unwanted plants. There are many well-known herbicides such as Paraquat and Roundup, which many individuals use regularly to keep their lawns and gardens weed-free. They are also frequently used on produce by large corporations.

There is a wide range of known side effects that herbicides can have if used irresponsibly. It is important to know how these substances may be affecting you and what to do if you are experiencing the harsh side effects due to the misuse of herbicides. 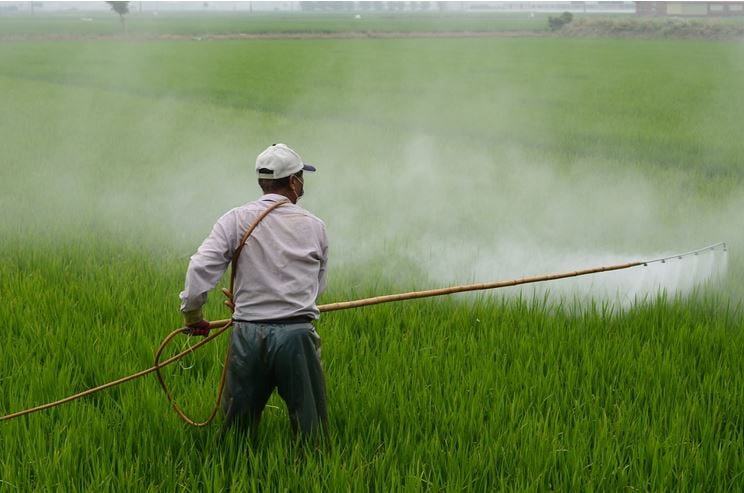 It is good to note that not every herbicide is harmful. However, those that are labeled as such should be handled with care. Long term exposure to them can cause toxins to build up in the body and this is where they do become dangerous.

For many years there’s been research regarding herbicides used on both industrial scales and in-home gardens. Glyphosate has been a much-debated topic but a large portion of the research point towards it being harmful. This ingredient is base for many herbicides. Farmers are more at risk than anyone else to adverse effects but even those using it at home may suffer.

In fact, herbicides can potentially increase the risks of birth defects. A study by Earth Open Source has concluded that glyphosate caused defects in the embryos of lab animals. They also reported that the herbicide industry back in 1993 learned that wildlife was being affected by exposure to herbicides such as rabbits being born with heart problems.

For defects in humans, the results are less clear with some sources stating exposure can affect newborns and cause premature birth while others say there isn’t enough evidence of it.

There is more evidence for herbicides being linked to cancer. The International Agency for Research on Cancer announced that glyphosate is potentially carcinogenic to humans with a particular link between non-Hodgkin lymphoma and glyphosate. In fact, there is a recent class action lawsuit underway in the United States against Monsanto, the herbicide company that produces Roundup, on the grounds that exposure has caused non-Hodgkin lymphoma.

Proactive Steps to Take in Avoiding Herbicide Use

In order to reduce the risks of you or someone you know being harmed here are some steps up can take:

Natural Remedies – in line with removing the chemical from your life, try some homemade things in order to remove the weed from your garden. Have a look online and you’ll find plenty of recipes for home brewed weed killers.