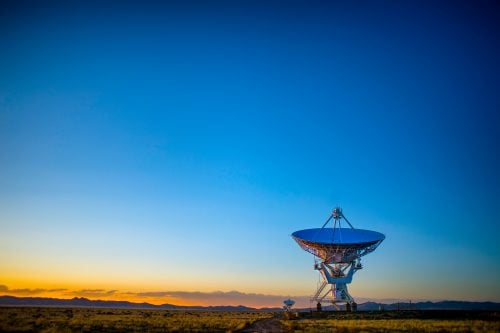 It is a plain, widespread fact that the Earth’s climate has changed over the years due to humanity’s overzealous industrialism and lack of foresight. Temperatures have steadily been rising for the past decade, leading to slow but certain melting of the polar ice caps. Global catastrophes, such as out-of-season monsoons, earthquakes, and floods, have cost thousands of lives and millions in taxpayer funds. CO2 emissions have risen to over 37 billion tons today, compared to the 5 billion tons in 1959, leading to pollution on a catastrophic scale. Unfortunately, these are only some of the issues we are dealing with today.

How can we use space technologies when it comes to global warming?

Scientific climate change forecasts have never looked grimmer, with companies around the world pledging to lower consumption of fossil fuels, only to fall way off their promised mark. Many scientists are looking towards the space industry for possible climate change solutions to these problems. Space tech had come a long way since its conception in the 20th century.

The 26th UN Climate Change Conference will be held in November in Glasgow. The main subject of discussion will be climate change solutions and how to measure climate change using state-of-the-art satellites. The COP26 is a summit of all nations of the world who meet to exchange information on climate change and compare valuable data on current CO2 emissions.

The UK government has made a serious push recently to gather funding for its growing space industry sector. Space Minister Amanda Solloway had a few words to say about the upcoming COP26 and the state of climate change technology in the UK. According to Ms. Solloway, the UK is one of the leading countries to tackle climate change, and satellites developed by world-class scientists have a large role to play in the upcoming change.

Will the UK support space innovations to tackle climate change?

While news of SpaceX and Blue Origin’s successful tourist space flights both delighted and concerned the population, the UK has taken a stand on creating a sustainable space sector. The UK space initiative is carved between over 1,200 organisations in both the private and governmental sectors. The Size & Health of the UK Space Industry 2020 report stated that the UK Space Industry is advancing at a good pace and has the chance of becoming among the most powerful in the world. Unlike other countries, however, the UK government has made a pledge to create a more Earth-friendly business model that does not raise CO2 emissions and is part of conserving the planet rather than destroying it.

For a country to take part in measuring climate change, it needs a good surveillance system. There are already hundreds of satellites positioned in Earth’s orbit that form a constellation. This constellation is used for climate change monitoring. Scientists can observe changes in the planet’s weather patterns or gather valuable data on wildlife and deforestation. Projects such as the Topex-Poseidon and Envisat missions have played a vital role in proving that ocean levels have steadily been rising for the past decade.

The UK plans to take a proactive role in keeping space clear of debris and man-made space junk. The UKSA and the Ministry of Defense have signed an agreement to work together to monitor climate change problems and solutions. Plans for UK satellites that can connect with and gather space debris are currently being developed.

What are the challenges the space industry faces?

In order to establish a comprehensive climate change solutions list, the UK space sector needs to tackle some of its major issues first.

While the UK has recently started establishing an eco-friendly and sustainable infrastructure in Scotland, the current space market is saturated with competitors. Large players such as SpaceX and Blue Origin have set the bar for entry sky high, with a single mission needing over $100 million to even be considered feasible. In order for the UK to be able to compete in the market, they will need to draw the attention of public and private investors.

If the space industry becomes just another corporately ran factory, the climate change problem will grow even bigger. The UK has already pledged to lower CO2 emissions across the industry and has presented models for alternative fuel for space launchers. If the UK can manage to sustain this initial model, there is a chance that it will become the leader of a greener and more environmentally conscious space industry.

While we’ve certainly come a long way with our space tech, many elements of current technology are outdated. Current supplies of rocket fuel, for example, aren’t up to the standard of green rocket fuels. The emissions of a single rocket launch far exceed the recommended levels.

The state of the space sector is at a crossroads. Companies can either change with time and implement key elements to lowering CO2 emissions and reducing waste materials or continue down the same road and worsen the climate change forecast. Plans to implement an environmentally conscious space exploration model are a sign that the UK is taking the right path and has the potential to become a global leader in the space sector. Going one step further, Mission 0 is a vital part of lowering global CO2 emissions. To provide more climate change solutions, every country needs to set aside funds that pledge to take part in Mission 0.

Even the British royal family is supporting ethical space exploration. Prince William talked to the BBC last week regarding his opinion on the ‘billionaire space joyride’ competition. While these missions are vital to pushing the boundaries of science forward, William expressed his concern that they are done without thought and do more harm to the planet than good. Now, however, it is necessary to increase funding to achieve the ambitious zero-carbon goals.