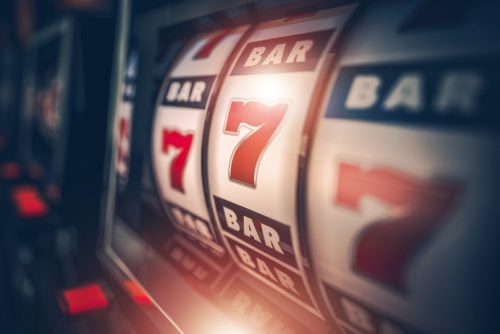 Slot machines have been one of the most popular forms of casino gaming since the first set of reels spun onto the scene. The first slot to offer automated payouts was pioneered sometime between 1887 and 1895, by an inventor named Charles Fey, and since then, technology has continued to grow.

The slot games we know and love today come in many different forms – with themed games, bonus rounds, free spins, expanding reels, and incredible mechanics that Fey could’ve only dreamed of. But the question remains – how do these Slots really work?

Read on to discover the hidden mechanics behind the slot games.

The first slot machine was developed in 1891 by a New York based company called Sittman and Pitt. The game was essentially a Poker machine, with five drums and 50 playing cards. The idea was to make up winning Poker hands on the reels, with two cards – the ten of spades and the jack of hearts – taken out to reduce the odds of getting a royal flush by 50%. After inserting a nickel, a player would pull a lever, which would then pull a spring that would spin the reels as it loosened. This made it feel as though players had more control of the outcome, despite it being completely random.

This mechanism remained up until 1964, with the first slot with automated payouts – The Liberty Bell – and fruit machines, all making use of the lever and spring. It was these machines that gave players the nickname ‘one arm-bandits’.

In 1964, Money Honey, the first electromechanical slot was invented. This was still played by pulling a lever; however, this wasn’t actually necessary due to there being no spring and electronic workings inside the machine instead – the lever remained purely for purposes of familiarity.

Money Honey was the first slot machine with a bottomless hopper, meaning the machine was able to make automatic payouts of up to 500 coins. The machine rose in popularity due to this, and the familiar lever was replaced with a button.

The first video slot was developed in 1976, becoming hugely popular on the Las Vegas Strip over the next few years. Then, in 1996, with the birth of the online casino site, came online Slots. The familiar video Slots could now be played on your computer, anytime, and from anywhere! Even the on-land slot machines dominated brick-and-mortar casinos. But with no spring mechanism keeping gameplay fair since the 60s, how can we ensure that electronic and video Slots are, in fact, still based on the same amount of luck?

With the evolution of technology, came a new way to keep gameplay fair. The use of a Random Number Generator (RNG). A RNG became a key feature of ensuring the outcome of the game remained, well… random!

Each second, a new undecipherable combination of numbers and symbols are generated, so the exact moment you press ‘spin’, the outcome for that game is generated. Even with the advances technology continues to make, such as the release of the exciting Megaways mechanics in 2015, RNGs are still the core of fair, random, unpredictable and exciting slot gameplay.