Businesses can introduce themselves to their market in different ways. One of these is through signs. They are easy to spot and sometimes so unique and legendary they have become iconic. They can also be excellent lessons in marketing and ingenuity.

So whether you’re designing or updating your custom signs, you can take a hint from these most popular ones in the United States: 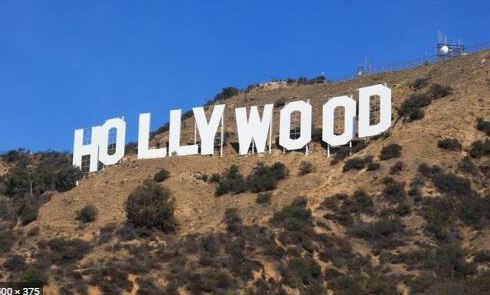 For many years, the name Hollywood and one of the global entertainment industries have become synonymous. But its origins have nothing to do with the tinseltown. In fact, the sign didn’t spell Hollywood.

Instead, what Californians first saw was Hollywoodland. In 1923, Harry Chandler, a publisher of the Los Angeles Times, invested in a real estate development for the rich and famous. To promote it, they spent around $20,000 (at the time) to put up the sign, each letter attached to a telephone pole and lit up with bulbs.

The depression fell, and Chandler and his partners couldn’t afford the maintenance, so the last four letters of the name were removed.

Today, the sign has become a landmark, drawing at least 10 million tourists each year. No one can get close to the sign to protect the wildlife and plants in the area, but those who want to see it up close and personal can follow any of the walking trails in Griffith Park. 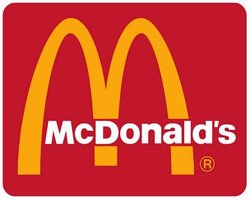 When it comes to restaurant signs, nothing is more ubiquitous than McDonald’s with its Golden Arches. After all, the American brand has an outstanding global presence with over 38,000 branches in 2019.

The McDonald’s logo people see today was the brainchild of Jim Schindler, who designed it in the 1960s. However, he also took inspiration from the original arches found in the first McDonald’s restaurant in San Bernardino, California.

Brothers Richard and Maurice wanted to promote their hamburger restaurant. They believed that adding yellow arches, back then on every side of the store, would help catch customer attention.

Think of Las Vegas, and you’ll likely think beyond casinos and hotels. You will also never forget about the neon signs that light up the city, especially the Strip, come nighttime. But how did these ads become so famous?

Andrew Delfino looked back in its history in 2001. Based on his research, two factors contributed to the popularity of the neon lights: the construction of the Hoover Dam, which provided cheap electricity, and the legalization of gambling.

It transformed Las Vegas into a go-to destination for both tourists and gamblers. And as the city developed, more establishments appeared, particularly in Freemont Street.

To be clear, neon signs didn’t begin in Las Vegas. They were already lighting up New York for years. However, they became the preferred signage for almost all establishments, which seemed to compete to put up with the coolest designs.

Nestled among Forty-Second and Forty-Seventh Streets, Broadway Street, and Seventh Avenue is the “center of the universe,” Times Square.

Times Square is famous not only for its Broadway shows and New Year’s Eve celebrations but also for its countless billboards and marquees that make the pedestrian-only space shine even more in the evening.

The custom of lighting up Times Square might have begun in the early 1900s when it was then known as Duffy Square. Signs with white lightbulbs replaced those made of wood when the city installed electricity in the late 1800s. Most of the buildings and establishments caught on with the style that the square earned the moniker the Great White Way.

Times Square, though, experienced a period of deterioration sometime in the 1970s and the 1980s. By the mid-1990s, then-mayor Rudolph Giuliani decided to reinvigorate the area by closing all pornographic theaters, boosting security, and even relocating low-income renters.

Theaters showcased Broadway plays and musicals instead, while upscale restaurants opened. To make the area even feel glitzier, the city released an ordinance indicating only the minimum lighting limit. Thus, it seems all businesses competed for lights and attention.

Using signs in various forms had been one of the most effective ways to generate attention and draw people to businesses. The same trick still applies now despite the strong presence of online strategies.

Marketing today with signs is even better as you can already combine a variety of media. However, if there’s one takeaway from these popular signs in the country, it’s that creativity pays. Use the tools you have smartly.

Meta title: This Is the History of the Most Popular U.S. Signs
meta desc: While there are thousands of signs in the United States, a few stand out. Here are the stories of the four most popular.