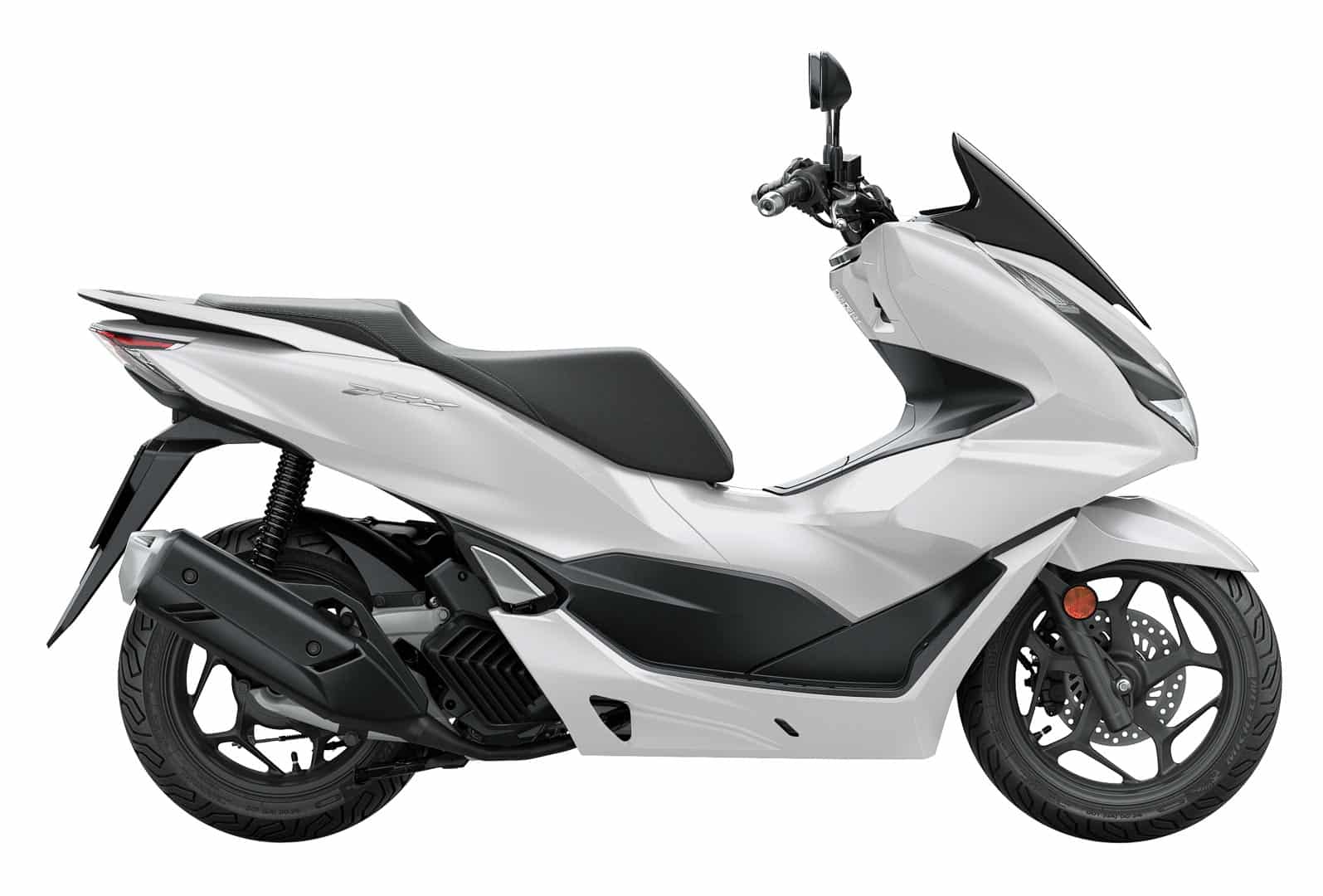 Now keep in mind Honda’s entire PCX 2022 lineup hasn’t been announced just yet. So this info will change when Honda announces some new models within the next couple of months and we’ll go over some of its specs and features and what Honda changed for 2022. So first up, where does the bike fit in Honda’s current scooter model lineup? In this article, we’ll talk about where this scooter fits into the Honda PCX 2022 current model lineup,

Is the honda pcx 2022 right for you? Maybe, let’s see some key features. Last year you had only one color to choose from, matte black metal, and that color option for this year has been replaced with a beautiful candy rose. They blacked out some of the body panels on the side that was silver last year.

It automatically activates as you approach. Just hop on and turn the knob to .it the start button, and you’re ready to ride. Don’t worry though. You can lock it with the fob. If you’re in the vicinity and someone jumps on. It can’t just turn the switch on and takeoff. Plus, you can still lock the handlebars like you’ve been able to in the past. It also has an answer back switch on the fob to flash the turn signals to help you locate if you know that massive sea of scooters you’ll stumble across and lose yours in.

It also has LED lighting all the way around to bring down energy consumption, and boost overall illumination. It also has a large LCD screen with the usual info. They put your dummy lights for turn signals, high beams, and more in a smaller display right below it, and the last thing here will be that you do have a 12-volt charging port and a little 2-liter glove box on the left .it has an awkward shape to it but to give you an idea on size.

The engine and drive train. It has an a 149.3 cc water-cooled and fuel injected 80 degree single-cylinder four-stroke engine. It has 14 and a half horsepower, and can propel you to around 70 miles an hour depending on your weight elevation, etc. When compared to the PCX 150, the scooter’s intake system has a 21 millimeter longer air cleaner duct and a two-millimeter longer connecting tube for better low and mid-range torque. It has Honda’s continuously variable v-matic automatic transmission, in short, a cvt. This helps provide a smooth power delivery and, of course, requires no shifting.

It has your front brake lever on the right, and the left lever operates the rear brake where a clutch would normally be. Thankfully as is the case with most Honda’s it won’t break the bank to maintain this engine either.

It has a 27-liter storage area under the seat. It’s super easy to access. All you have to do is push the little button, and you’re good to go. That little button brings us to the next part, too. How do you put fuel in its 2.1gallon tank hit? The opposite side of that button and your fuel lid will rise. The scooter also has a side stand now as well.

It’s one of the coolest scooters Honda makes right now. It’s something you can have fun with on the street, and if you see a dirt road, it’s capable enough.