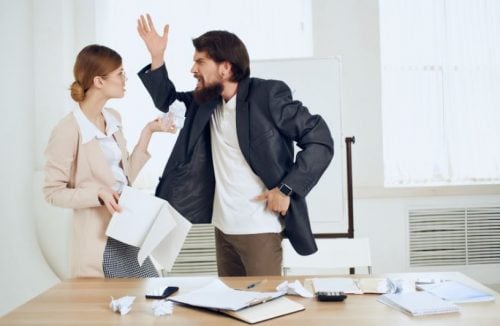 On February 10th, the Senate passed a bill, putting an end to forced arbitration for employees that are victims of sexual harassment and assault perpetrated by their employers. The passage of this law becomes one of the major reforms in employment laws.

Many Americans sign off their right to sue for sexual harassment perpetrated by their employers when signing their employment papers, which robs them of their right to seek legal redress for these crimes. Instead, they are required to go through forced arbitration that favors the perpetrator more often than not. “The forced arbitration clause is in the fine print that not many care to read,” says sexual assault attorney Robert Bashner of Goldstein and Bashner.

Most People Are Unaware Of the Clause

The issue of forced arbitration became the focus of attention when the former fox news host Gretchen Carlson realized that she could not sue the then-Fox News Chairman and CEO Roger Ailes for alleged sexual harassment.

According to Carlson, the realization that she signed off her right to sue when signing her contract papers was a shocker.

Carlson is not alone in this. Over 60 million Americans are subject to forced arbitration. This, in turn, bars them from suing their employers for sexual harassment and cases involving discrimination and pay disparities.

Victims Have a Choice

The bill was first brought to the house floor by Sen. Kirsten Gillibrand, D-N.Y, and enjoyed an overwhelming 335-97 vote in favour of the bill from members on both sides of the aisle. When signed into law by President Biden, the law will nullify all statutes protecting employers from prosecution for sexual assault and harassment offences committed against their employees. The laws will operate retroactively, meaning individuals who felt the forced arbitration was not justice enough can seek legal redress in the courts.

The law doesn’t prohibit victims of sexual harassment from going the arbitration route. Instead, it allows the victim to have a say in the option of justice they prefer. Also, the law does not end forced arbitration for other cases such as pay disparity or discrimination; it only eliminates sexual assault offences from the list of offences where forced arbitration applies.

It Is a Win for Women

Since the forced arbitration in her sexual harassment case that settled for 20 million dollars, Carlson has been a leading figure in the fight for the change in legislation. Hours ahead of the bill’s passage, Carlson took to Twitter to declare her optimism, citing that the bill would make history in giving a voice to the thousands of women silenced by the oppressive law.

The arbitration process can never feel like justice if the victim cannot choose. According to Eliza Dushku, one of the four women that testified in the senate committee, getting paid off for her alleged sexual harassment by her employer as an actor in a TV series was not the justice she ever hoped for. But because of the binding arbitration clauses, she could not get the justice she sought, which is also the case for many women that suffered sexual harassment or assault in the workplace. Thankfully that chapter is gone, never to be reopened.