Why You Should Avoid Guilt Tripping Your Significant Other 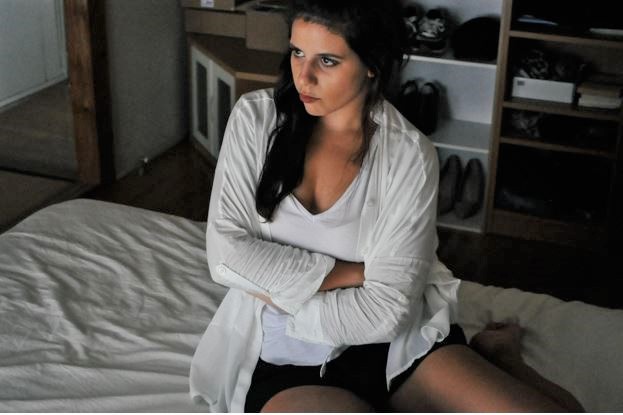 We’ve all done it at one point or another. Sometimes, a guilt trip can be so subtle we might not even notice it. Given enough time, it becomes a habit, and then it becomes a solidified behavior, and then a part of who we are. That’s not something you want in your behavior patterns, I assure you. Guilt tripping can be damaging and cause resentment, anger, and even loathing on the part of your significant other.

Let’s name guilt tripping for what it really is: emotional manipulation. Yes, you’re manipulating your significant other when you guilt trip. Here’s why you shouldn’t do it.

A guilt trip can take many forms, from the most subtle to blatant manipulation through guilt with the intent of making the person on the receiving end feel as terrible as possible to achieve the desired outcome.

A guilt trip operates on the victim’s vulnerability. Usually, the manipulator will focus heavily on an insecurity or something they know the victim will feel bad about. For example, if you already suffer from low self-esteem, a manipulator could easily make you feel guilty about something you’ve done or said, to the point where you do what they want.

When someone makes you feel guilty about something you’ve done, said, or even about behaviors/situations you had no part in, it’s considered a guilt trip. Understand that there’s absolutely no reason to take advantage of someone else’s guilt except to manipulate them.

If you’ve made a habit of taking advantage of your significant other’s insecurities, it’s time to take a step back and see the true damage you’re causing. You could be making them feel even worse about themselves, the relationship, or even causing them to resent you.

You Can Seriously Damage Someone’s Self-Image

Imagine feeling guilty about everything you do. Your partner is constantly letting you know why you should feel bad about your thoughts, actions, and words. How would that make you feel? Probably not very confident, right? You could be causing low self-esteem by guilt tripping your partner on a regular basis.

If they already suffer from a mental health condition, you might actually be adding to the problem and compounding the issues until they’re even more impactful as before.

Guilt tripping is manipulation, pure and simple. Why shouldn’t you do it? Because it’s wrong! Tearing down someone else’s self-esteem and confidence to get what you want is simply poor behavior and shows a lack of empathy and understanding. Identifying that you are using guilt trips as an emotional weapon is the first step to discontinuing the harmful behavior and preventing further damage.

You love your significant other, right? You’d do anything for them? Last time I checked, love is spelled l-o-v-e, not g-u-i-l-t. Love doesn’t include guilt tripping, manipulation, or tearing down someone else’s self-esteem. Love should be the exact opposite of all those things. You should support, encourage, and comfort your significant other. You’re the one person in the world they share everything with, confide in, and trust entirely.

Don’t take advantage of that trust. It takes a lot of trust for someone to completely exposed their weaknesses. To hold those vulnerabilities over their head in order to reach some selfish goal is simply unacceptable. Treat your loved ones with respect and don’t use guilt to manipulate them into doing what you want.

If you have children with your significant other, consider the example you’re setting when you use guilt-tripping tactics. Children watch everything we do and say, and it’s up to us to set the right example so they can have happy, healthy relationships later on in life. If you’re constantly guilt-tripping, they could easily learn that behavior and take it into future relationships.

Children aside, what about the people around you? If you have siblings, loved ones, or friends that look up to you, don’t you want to set a better example for them? What about your significant other? If guilt tripping is ok for you, isn’t it ok for them? The way we behave toward the people we love has far-reaching impacts; some we can’t see right away.

Don’t let yourself become a selfish manipulator. Take a closer look at why you feel the need to take advantage of your partner’s insecurities. Perhaps you have some trauma from your past that you need to work through. Maybe your partner needs help realizing they’re worth more.

Guilt tripping is a classic form of manipulation, but it doesn’t have to become a habit in your relationship. Once you realize it’s happening, you can take steps to correct the problem before it becomes worse.

Treating someone poorly and using their insecurity against them isn’t a good way to create healthy, long-lasting, trustworthy relationships. You’ll likely foster resentment, mistrust, and even hate. Encourage, support, and cherish your partner. That’s love.