How Big is the Men’s Health Industry?

The men’s health industry in North America has long suffered from inappropriate stereotypes if they venture from anything other than the ‘manly’ standard. There was even a time when caring about your appearance as a man was considered ‘unmanly,’ which is ridiculous, considering both men’s and women’s age, change, and need to reevaluate their needs to stay healthy. 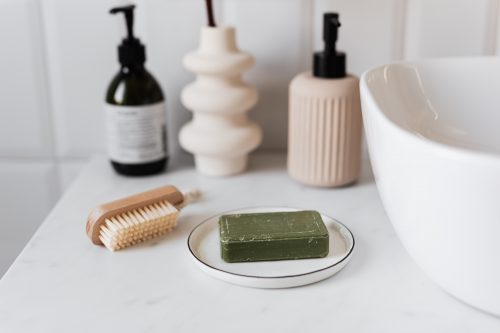 Men’s beauty and health has been left behind when we look at the Asian beauty industry, which targets men almost as much as they target women. There’s an irony here: the more voyeuristic and social media driven we become, the more men and women feel they need to compete.

One of the hurdles that face men to become more health or beauty conscious is socialization and access. Most men don’t know a thing about what topical treatments work for oily skin, or what vitamins are best to improve heart health. On top of that, these products are kept in women-dominated stores like Sephora, the Body Shoppe, or boutiques that don’t cater to the other sex, making men uncomfortable in approaching health in the first place.

Online retailers like Amazon for toiletries, Manual.co for Cialis and other vitamins, and the plethora of make-up and beauty stores make this switch much easier. According to Beauty Packaging, the total worth of men’s skincare will be worth $18.92 billion by 2027, including shave care, creams, moisturizers, and face cleaners.

The faster skincare becomes less stigmatized in the male gender, the faster this growth will take place. If boys see their fathers take care of their skin, their sons are also more likely to adopt skincare for the rest of their lives.

Gone are 3-in-1 Shampoo Bottles

To determine how Men’s health was viewed in the West, we don’t have to look any farther than the 3-in-1 or 2-in-1 products that litter the drugstore shelves. These packages were usually black, red, or blue, depicted in bold fonts, and were designed to solve more than one problem at once, but rarely can these problems be solved by one product effectively.

In truth, there are plenty of skincare products that men will eventually learn and take advantage of to appear younger longer. The brand Hims, which is the brainchild of founder Andrew Dudum, was taken to multiple beauty stores with his sisters. $200-$300, and a month later, Dudum states that he felt better, younger, and happier thanks to those products.

However, there was a catch. Andrew Dudum stated: “…what I found really interesting was, most of the products they bought, if not all of them, were for women.” Dudum actually created Him and the wide variety of products because there were little beauty and health items that targeted men. Except, of course, the 3-in-1 shampoo bottles.

His products include shampoo, gummies, vitamin C serum, and many other products that will help me look and feel their best because as age catches up with them, so does the social stigma of ageism.

Ageism Catches up with Men’s Health and Beauty

While we wish ageism was a thing of the past, it probably isn’t going anywhere anytime soon. Ageism indeed affects women more than men even now, but men are seeing the effects of ageism now more than ever on their career opportunities. Economic insecurity, and the frenzy about how a man should appear, is actually fueling men’s health and beauty.

Without competition, serums and supplements do indeed place men at a competitive advantage over their other male counterparts, especially in the age of social media. There is even this differentiating feeling towards masculinity and what is considered manly. But, this perception is shifting, and men are trying to adjust themselves to this new world.

Men have always dealt with issues such as hair loss, acne, and sexual dysfunction, but now there are plenty of ways to handle these issues: the health and beauty industry. It’s actually a positive that men are worried about their health now more than ever because they’re more likely to live longer, more fulfilling lives.