How Blockchain Can Benefit Your Business 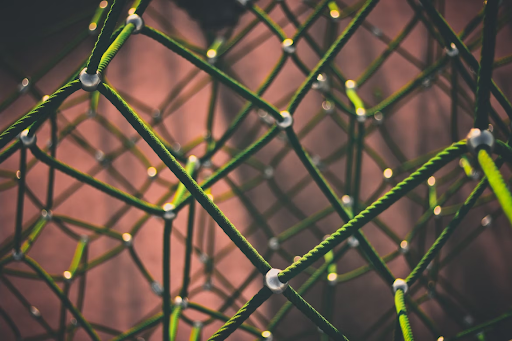 Blockchain is a registry of information that is decentralized and non-falsifiable: to change retroactively, all subsequent records of all participants in the system would have to be changed simultaneously, an operation that does not have the computing power of humanity.

Blockchain makes it possible to distribute, control, and store transactions securely and transparently without intermediaries – government agencies or centralized organizations. This makes it faster, and cheaper to process and allows the use of business models that previously did not seem feasible due to high costs.

What people can do with blockchain?

A classic example of a blockchain application is the stock market. An organization will sell its shares, but instead of using intermediaries in the form of an exchange or national depositories, it sells them directly. This reduces transaction costs almost completely, and the time it takes for the shares to go to a new owner is reduced to seconds.

Today the entrance threshold to the investment business is $200-300 million, first of all for reporting to the regulators and maintaining the infrastructure for such reports. By reducing these costs, blockchain lowers the entry threshold and encourages the emergence of new funds.

For example, the startup LendingRobot has already launched a fully automated hedge fund that invests without human interaction – based solely on algorithmic decisions.

Another interesting example of technology application is an alternative to IPO – Initial Coin Offering (ICO), where the investor is not a venture fund but a community. The scheme of the ICO is similar to crowdfunding platforms like Kickstarter. You place your project and attract investors who receive virtual currency rather than a stake in the company.

Several regulators control the currency transfer between countries – this adds to the cost. Where micropayments are the backbone of business (music, media, etc.), blockchain, bypassing the established financial system and effectively zeroing out the cost of the transaction, simplifies the transfer of currency.

This allows for transactions of a few cents: selling the rights to use a snippet of a musical composition (rather than an entire song or album), and setting rates for the exact duration of a listening or viewing experience. Online movie theaters or web resources with a fixed subscription fee can introduce per-minute rates or pay for viewing only one show episode.

The Musiconomi project is already getting ready to launch – with the help of smart contracts, it will be possible to pay for each listen to a track. And from the recently launched Musicoin platform, it is possible to transfer money not only to the right holder of the composition but also to all the participants of its creation – from the guitarist to the sound engineer.

In London, where utilities are expensive, it is possible to pay for electricity in several monthly payments, thanks to blockchain technology and the blockchain development company responsible for integration.

Blockchain is the ideal technology to protect copyrights: all information about a product (when, where, who created it, who gave it to whom, and how it was used) is registered, and this data will never be deleted and is always available for dispute resolution.

A distributed registry helps inventors, entrepreneurs, and manufacturers secure authorship, provenance, or ownership. The subject of protection can be expensive watches, 3D printing technology, or literary anything.

Finnish company Kuovala Innovation uses blockchain in its Kinno platform for logistics. A user places an order to send a shipment equipped with an RFID tag, and other members of the system bid on the delivery terms. The winning bidder receives the contract – it is recorded and tracked on the blockchain. Payment based on the smart contract is made automatically.

Blockchain integrates perfectly with the Internet of Things technologies. It can become the basis of supply infrastructure in any company – from the delivery of organic wine and car parts to meteorites and diamonds.

You may be interested in: How to Protect Your Logo and Brand Name