How Construction Industry Insiders are Dealing with Higher Upfront Costs 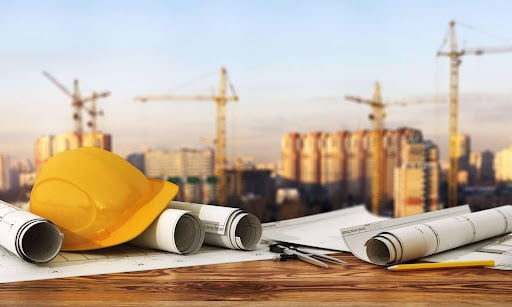 With raw material prices spiraling out of control, contractors and home improvement specialists are finding it difficult to manage tool and vehicle costs. Those who want to balance these with the overall cost of running their business are increasingly forced to figure out unusual ways of reducing expenses. In many cases, they’re not making needed purchases because of the high upfront costs that they’d incur.

Construction industry insiders have opined that this might not be the best course of action in spite of the fact that lumber prices have doubled since summer and stone-based building materials are likely to soon approach similar appreciation ratios. Some are saying that it might actually be smarter for business owners to purchase durable goods that will last them a longer period of time since. Materials management along with spending under management, is already an asset for the companies that have evolved into the digital world and are overseeing their procurement entirely. But let’s see different strategies considering equipment and materials alone

Power tools of nearly every size have gone up in price as well, due in no small part to supply issues related to electronic components. Shortages have made it difficult for manufacturers to make tools that require large numbers of these components, which in turn has forced costs to rise. Technology industry representatives don’t exactly have a timetable that would suggest when costs would drop again. A few economic analysts have even suggested that this doesn’t constitute a shortage so much as it’s the new normal.

Cost-conscious small business owners are opening their pockets anyways, however, but not for the reasons that you might think. If someone bought a new drill or power hammer today, then they could keep this piece of equipment in use for quite some time. With extra care and cautious handling, they might even be able to keep it in service for a longer period of time than whatever piece of gear it was replacing. This means that the overall cost of ownership is lower because any relevant expenditure is being amortized over a longer period of time.

Should someone hold onto that device for more than several years, the costs will eventually start to look even lower. This is especially true of those who purchase specialty equipment. A carpenter or stone mason who invests in an impact driver tool today might be able to provide a service to their customers that many other individuals in the industry wouldn’t otherwise be able to do. This allows them to potentially count the expense against a marketing budget as well as whatever money they have set aside for tools.

These techniques should work quite well for those who have fledgling businesses that are otherwise established. Cash-strapped startups, however, usually can’t justify this kind of expenditure unless they’re able to secure a fairly large amount of seed capital. Owners of such businesses have gotten even more creative as of late.

Those who manage companies that have to heavily invest in lumber stocks now are naturally going to have much smaller equipment budgets. That means they have to decide which tools they can keep on hand for longer periods of time. Those with plastic resin housings tend to crack, which has inspired countless impromptu repair jobs that really aren’t all that safe. Even the most cost-conscious individuals will often suggest that these need to be replaced.

However, those made from stronger fiberglass resins can usually outlast most of the competition. While some businesses are still sticking to their original requisition timetables, many of them are reexamining durable tools. Once they do have to replace something, they’re often picking out similar models in order to take advantage of these durability features. In the most severe cases, business owners are turning to enterprise asset management applications in order to track the length of time that they could keep a piece of equipment around.

Many people have turned to used equipment, which is traditionally more reasonably priced. However, they’re finding that it’s starting to retain its value more than ever. Ironically, this has opened some other opportunities for these individuals.

Construction equipment can be used as loan collateral by those who are dealing with severe cash flow problems. Once they have money in their hands, business leaders who do so can purchase lumber or bricks to finish off construction projects that will normally net them positive income. As soon as they receive this, they can start to pay off these generally short-term loans.

Borrowing money is always risky and it’s not something that should ever be taken lightly. That being said, those who use any loans to make wise investments could end up weathering the current cost-related crisis fairly well. They might then find themselves in a strong position to pay back anything that they borrowed in the first place.

You may be interested in: Cost Management in Construction