How did COVID-19 impact the tourism industry in Las Vegas?

There is no doubt that COVID-19 destroyed the tourism industry around the world, but there may have been no place on the planet that may have been impacted as badly as Las Vegas.

Of course, tourism became something that many could only dream of throughout 2020 and for much of 2021 so far, as borders between countries were closed and transportation methods, such as flights and boats, were all unable to be used. 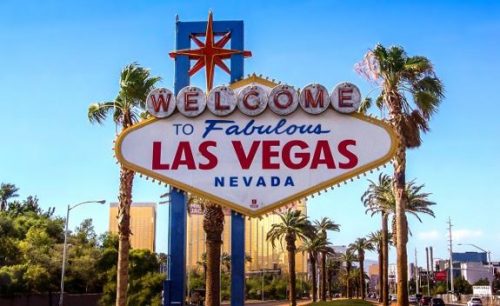 Although many looked online for the latest Bovada bonus codes to help further enhance their online casino experiences, many would have felt that it is not the same as being in a physical establishment where they would be able to enjoy a real casino atmosphere and environment that can not be replicated via technology.

The Las Vegas casino scene is one industry that benefits greatly from tourism, as gamblers from all over the world look to experience what the bright lights of Nevada has to offer, with the state suffering a huge downturn in traffic.

But, how badly were they impacted by the COVID-19 pandemic?

Before COVID-19 ever became well-known across the world, Las Vegas was one of the biggest tourist destinations the world had ever seen, with it believed that there was no ceiling in regards to the amount of tourism they continued to experience.

Indeed, many from around the world continued to flock to the gambling capital each and every year, with numbers having continued to increase.

However, COVID-19 seriously impacted the city in a way that nobody would have ever believed was possible.

According to data and reports that have been produced on the topic regarding the economic impact of the virus on Las Vegas, tourism numbers took a huge hit in 2020, although that does not come as a surprise.

In March 2020, the number of visitors had dropped by almost 60%, although this was just the beginning of the pandemic and the United States of America were only just beginning to act upon it. This can be seen in the months of April and May, as visitor numbers dropped by 97% and 96% compared to the same months in 2019.

Furthermore, the number of visitors to Las Vegas dropped 70% in June, whilst it fell by 61% in July as the lockdowns were imposed across the world, thus stopping all air travel to the region, whilst States had started to lock their own borders and restrict travel in and out of them.

It is understood that around 30% of the total visitors to the city are from neighbouring states, California and Arizona, so with those areas having restricted travel, that was almost a third of the total tourism that the Nevada city has having been stopped immediately.

Will the tourism industry improve again?

With the current progression being made in fighting the COVID-19 virus, such as vaccination programmes and mask-wearing, there is every chance that tourism will be able to boom once again, with many likely to head back to Las Vegas as they will want to forget what has happened for the last 18 months or so and enjoy the finer things in life that the city provides exceptionally well and unlike anywhere else in the world.

Interesting Related Article: “Unusual Experiences You Should Try While in Vegas“