How different foods and drinks can change your marijuana experience

Certain foods are known to alter the effects of cannabis and how it interacts with our body, changing the sensation of the drug and our high. 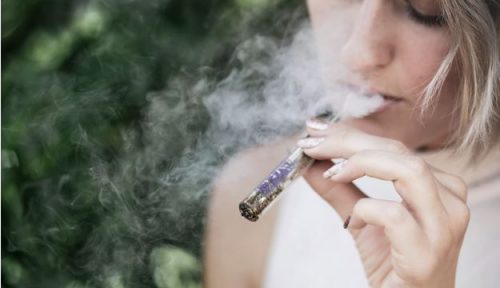 This could be a good or maybe a bad effect depending on your desired outcome.

With the right ingredients, you can manipulate the effect that cannabis can have on your system and, and in doing so, control the course of your experience.

It all comes down to making use of a few ingredients, and with the knowledge from this article, along with a few common ingredients from your kitchen, you’ll have all the tools you need to affect your cannabis experience.

There a plenty of stories about how eating a little mango before smoking weed can boost your buzz. But is there any substance to this? Well, it turns out there is because mangoes contain myrcene. It appears this effect isn’t just unique to humans either. I once feed some mango to my dog, who then got a passive high from our smoking some weed on the balcony, after which he was very buzzed.

Myrcene is a terpene that is believed to increase the ease with how cannabinoids pass between the blood-brain barrier. This terpene binds with your cannabinoid receptors, making them more susceptible to THC.

Myrcene is also found in hops, thyme, guava melon and lemongrass, but mango happens to contain a large amount of it.

If you want to maximize your weed experience and potential to get high, eat fresh or dried mango, or drink some mango juice an or so hour before hitting up some weed.

Green and black tea both have a compound called catechin.

This binds to our CB1 receptors and also stimulates the endocannabinoid system in its own right. When taken alongside weed, it helps promote a feeling of relaxation. It also creates a sense of euphoria and significantly reduces the effects of stress. If you’re taking cannabis to help with stress or anxiety, then drinking a lovely cuppa tea (as they say back in Blighty) before, during, or after your weed consumption will help maximize the calming effect.

If you talk to some old-school hippy, they will likely know of the old black peppercorn trick? It sounds like an old wife’s tale, I know, but it checks out, and is backed up by the science.

If you’re feeling a little paranoid after that weed, then chewing a few black peppercorns is supposed to reduce that paranoia too stoned.

It doesn’t matter if it’s solid peppercorns or ground-up black pepper, smelling, chewing, eating, or just swishing a little around the mouth will help.

So why, well, like mango, black pepper contains myrcene that promotes a sedating effect. However, along with myrcene, it also contains pinene, which increases alertness. But rather than canceling each other out, these two terpenes complement each other and encourage physical relaxation without being overly sedative. Studies have shown that the entourage effect of these terpenes triggers this unique effect and all we have to do is smell them.

Black pepper also has a high amount of beta-caryophyllene. This terpene works as a CB2 receptor agonist and blocks neuroinflammatory signaling. So if you feel some anxiety or paranoia kicking in after taking some weed, try a whiff of black pepper.

Pine nuts contain the two primary terpenes, which are also present in cannabis, limonene, and pinene.

Pinene helps increase the number of neurotransmitters critical for memory formation, which is thought to help clear away the mental fog associated with being too high.

If you’ve had a little too much weed eating a handful of raw pine nuts can help increase your alertness, they are also a very healthy snack that tastes great after lightly toasting them in a dry pan for a few minutes.

For centuries lemon has been cited as a helpful antidote to the cannabis high. As far back as the 10th century, a Persian doctor called Al-Razi advised: “drink fresh water and ice or eat any acid fruits’ to avoid the ‘harms’ of ingesting cannabis seeds or hashish.”

This reason lemons help is because they contain the terpene limonene. It is this that gives the fruits their lemony aroma.

Limonene interacts with the neurotransmitters in the brain and could theoretically have beneficial effects in reducing a cannabis high as well as help reduce some adverse responses, such as anxiety and depression.

You can zest some lemon skin in hot water or add some lemon juice and sip it, alternately steep some herbs like lemon thyme for a similar effect.

Many of the foods we eat contain some of the same compounds found within the cannabis plant. You can create a whole new experience by combining them together.

Whether you want to boost the buzz, relax your body, or get come down off the ride, unlocking the key to the perfect cannabis experience might be right at home in your kitchen.

Interesting Related Article: “The Economic Impact of Cannabis Legalization in the US“