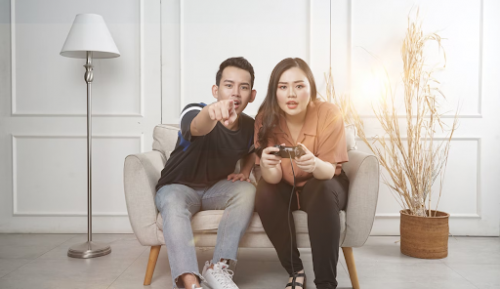 It’s no secret that video games have gotten a bad rap in the past. They’ve been accused of everything from causing laziness to ruining social skills. They have even been blamed for rising levels of violence and addiction in our society.

Believe it or not, the video game industry is bigger than both the film and music industries combined. In 2020, industry-tracking firm Newzoo estimated the global games market to be worth more than $159 billion, with 2.7 billion people playing video games worldwide. By 2023, that number is expected to rise to more than $200 billion.

This growth is largely driven by the rise of mobile gaming and the increasing popularity of live-streaming platforms like Twitch and YouTube Gaming. In fact, mobile games are now the most-played type of game in the world, with over 1.75 billion active gamers generating more than $77 billion in annual revenue. 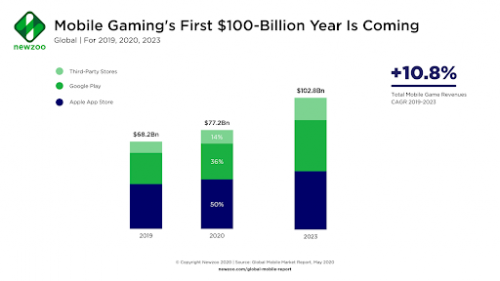 By 2023, mobile gaming is anticipated to hit its first $100 billion year, clearly demonstrating its phenomenal popularity.

With that said, let’s take a look at some main features and benefits of digital games and why we likely shouldn’t be as fearful of them as we once were.

They can improve mental sharpness and cognitive function

One of the most well-known benefits of digital games is that they can help improve our mental sharpness and cognitive function. One study found that action video games, in particular, can help to improve our reaction times.

Other studies have shown that video games can also help to improve our memory, problem-solving skills, and multitasking ability. In one particularly interesting body of research, researchers found that surgeons who played video games for at least three hours a week made 37% fewer errors during surgery than those who didn’t play video games at all.

These days, you can even play traditional games on your digital device. It’s not just all about first-person shooters and racing games. Many traditional games like chess, bridge, Scrabble, and Sudoku have been adapted for digital platforms, giving players a new way to enjoy them.

In fact, you could even argue that playing these games on a digital device is better for your cognitive function than playing them in real life, as it forces you to think more critically about your moves. Furthermore, when playing Scrabble on your computer, for example, you can use a word unscrambler tool to help you make the best moves possible, which will help to boost your vocabulary skills and improve your problem-solving abilities.

In today’s fast-paced, constantly-connected world, it’s not uncommon to feel overwhelmed and stressed out. According to the American Psychological Association, stress levels in the United States are at an all-time high, with nearly one-third of Americans reporting that their stress levels have increased over the past year.

Fortunately, digital games can be a great way to combat stress and anxiety. In one study, participants who played the strategy game Bejeweled for just 25 minutes reported feeling less stressed and more mentally relaxed. It’s also been reported that digital games can help lower heart rate and blood pressure and reduce cortisol levels, the hormone responsible for stress.

Despite popular belief, digital games can actually be a great way to improve communication skills and social interaction. The outdated idea of video games is that teenagers lock themselves away in their rooms to play all day with no social interaction. However, this simply isn’t the case. In fact, many digital games require players to communicate and work with one another to complete tasks or goals.

This type of social interaction has been shown to have a number of benefits, including improved communication skills, teamwork, and leadership. In one study, participants who played the online game World of Warcraft showed significant increases in social competence and decreased loneliness.

Are there any drawbacks?

Of course, we can’t discuss digital games’ benefits without mentioning some potential drawbacks. As with anything, moderation is key. Too much of anything can be bad for you, and that includes video games.

For example, spending too much time playing digital games can lead to a number of problems, such as neck and back pain, carpal tunnel syndrome, eye strain, and social isolation. In extreme cases, it can even lead to video game addiction, which is now recognized as a real disorder.

It’s also important to remember that not all digital games are created equal. Some games, such as first-person shooters, have been linked to aggressive behavior in adolescents. So, it’s important to be selective about the types of games you play if you want to avoid any negative effects.

Furthermore, if you are a parent, the World Health Organization recommends that children aged two to five should spend only one hour per day in front of a screen, including television, computers, and digital devices. The WHO recommends a maximum of two hours per day for children aged six and up.

Digital games have come a long way since the early days of Pong and Pac-Man. Today, there are hundreds of thousands of games available, many of which offer a variety of benefits. So, if you’re looking for a way to improve your mental health, reduce stress and anxiety, or boost your communication skills, consider giving digital games a try. Just be sure to practice moderation and select the right games for you.