How Django compares favorably with other frameworks 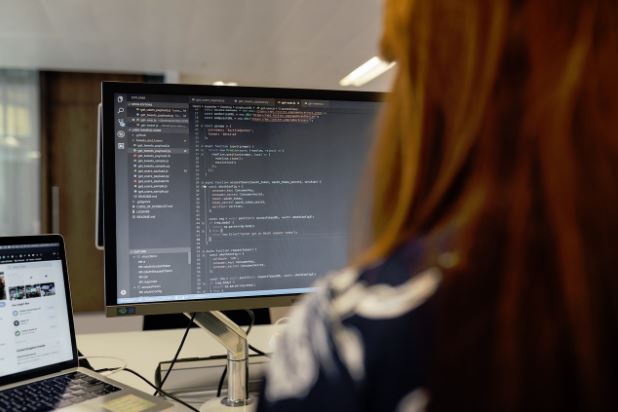 At the moment, in the top among Django and Node frameworks. Let’s take an honest look at the features of both and highlight their pros and cons.

Both Django and Node frameworks are designed for developing web applications, but they are very different from each other. If one aspect is missing from one framework, then another definitely has it. But this aspect can become its disadvantage.

The Node is part of the MEAN stack

MEAN is a unique set of technologies that now power tens of thousands of websites. Mongo, Express, Angular, NodeJS. Developers love this stack for its simplicity, because all 4 technologies in it are written in Javascript.

Express is a framework written in Node for building a web application. Not the client part (frontend), but only the server part (backend). On the Node itself, you can also write the backend of a web application, but with Express it is faster. It includes classes and methods to get you started quickly.

Why is MEAN useful?

All browsers in the world support Javascript and Javascript only works inside the browser. It is impossible to make the backend part of the site in Javascript, since it does not interact with the input and output device of the computer. Before the appearance of Node, front-end developers wrote the front-end in Javascript, and the back-end was written in PHP, C # and Python. I had to learn at least two programming languages. And in 2010, Node revolutionized web technology. The Node made it possible for front-end developers to write the back-end part of the site.

If you’re going to work with Django, then be prepared to learn Python, SQL, and one of those Vue/React/Angular front-end frameworks. That is, you need to learn at least 3 different programming languages. And in the MEAN stack, everything is written in Javascript.

Everything is included in Django, but in Node/Express you have to do everything yourself

This is one difference and now I will consider it from all sides.

In Django, such things as authorization, integration with databases (ORM) are ready, there is a built-in admin panel that helps to monitor project data.

Before you make full-fledged applications on Django, you need to read its documentation a lot. When I started learning Django, I read the documentation every day and got too carried away with it. But now I realized that it is not for a quick start.

It’s good that everything is included, but if the developer wants to make a custom solution, then he will have to get into the framework sources. It seems like a crutch because you change the main idea of the framework.

Before learning Django, it’s best to learn Flask. Flask is a microframework written in Python. Unlike Django, everything is not included there, which is why it is called a microframework. Flask is easy to learn, but not for large projects. It’s good to compare Flask and Express, since these frameworks are not all inclusive.

In Express with Node, development takes place from scratch and the developer controls the entire project.

If you write in Node, then you need time to create many of the solutions that already exist in Django. Essentially reinventing the wheel. But there is freedom and any idea can be done in your own way. And each update of the framework will not significantly affect the project.

In Django, any problem is solved with one generally accepted solution

Django core developers implement these solutions into the framework. They specify the writing standards for Django. Any problem should be solved by one generally accepted method. And this is a plus. When a new employee joins the company, he can look at the project and understand it because the solutions are familiar to him. But generally accepted solutions limit developers from other custom solutions. It turns out that Django is not a flexible framework.

Node is a flexible framework. On Node, everything happens freely. The project was written according to the preferences of the senior developer. But this has a drawback: each project is different from each other. A new employee will have to study an unfamiliar architecture for a long time.

Django is a loosely coupled framework

MVC is a framework architecture that divides a project into three folders Models, Views, Controllers. In django, this is slightly renamed accordingly: Models, Templates, Views. MTV.

This architecture is convenient to work with and easy to expand the project. Everything stands in its place and each part is independent of each other. That’s why it’s called a loosely coupled framework.

When I started learning django in 2016, it was hard for me to understand the connection between these 3 parts: MTV. But over time I figured it out.

Node is easier to scale than Django

This item should be important only for experienced developers. Submit a project. The developer finished it and uploaded it to the production server. Tens of thousands of users have broken in and are teasing the site. Let’s consider two scenarios.

To prevent a Django web application from crashing, you need to run a separate Gunicorn or uWSGI service. One out of two. These are technologies that take an entire project and make a copy (worker) of it. Each worker works like a full-fledged Django project and takes on the load. It turns out coordinated work of 4–12 workers and requests to the server are evenly distributed between them.

Which companies use Django?

The framework turned out to be in demand not only in the publishing industry – thanks to the incredible versatility of Django, it allows you to create a wide variety of web applications: scientific and financial platforms, social networks, content management systems, and much more. Instagram and Pinterest, even Facebook uses the platform for their many services. In addition, the technology works wonders in a demanding industry like Fintech where 100% security and resiliency is required.

Why and when its better to outsource Django development

As already mentioned, Django is based on Python, which means that the framework has inherited a number of key advantages of this programming language. The main advantage, in our opinion, is the ability to implement it on projects that use advanced data processing solutions. If you are interested, learn more about the benefits of Python on our website.

Django development company is a way out for those situations when you need to create individual functions, and not the entire application. Imagine that you already have a core digital product and a team of in-house programmers to maintain it. But the technology on which it is written is not suitable for the new functionality. Does this mean that you need to hire new developers? Not necessarily, it’s easier to turn to an outsourced production service.

You may be interested in: JavaScript: The Language of the Internet Today