How Do Assets Get Divided in a Divorce in Georgia 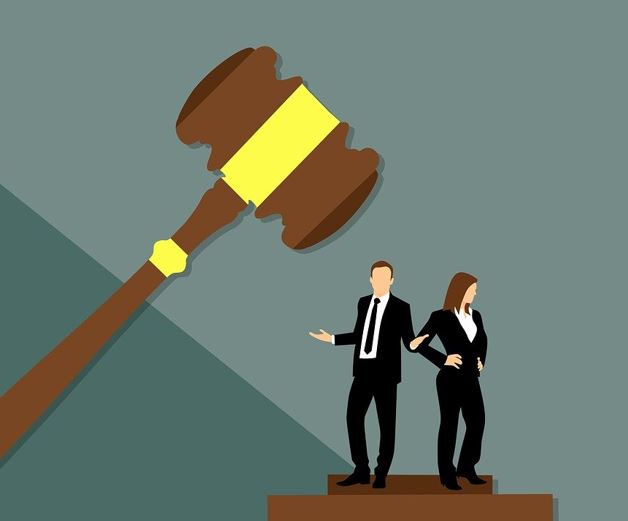 Apart from child custody, there is probably no other aspect of a divorce that is as important as the distribution of assets and liabilities.

As painful and heartbreaking as separation is, the financial turmoil that often follows a divorce can be equally devastating. Hence, if you are contemplating divorce, then the division of property should be one of the primary concerns for you and your spouse.

Divorcing couples prefer to negotiate out of court

It is becoming more common among divorcing spouses to avoid leaving the division of property up to the court. That is because taking the traditional route can rack up thousands of dollars in divorce expenses. Not to mention, litigation also requires a hefty investment of time and effort on your part, which is why as an alternative, you and your spouse can choose a more affordable way to separate by negotiating the division of all your marital assets amicably.

Uncontested divorce as an alternative to court proceedings

If you resolve all your property related issues out of court, you will be able to file for an uncontested divorce, so long as you and your spouse are also on the same page about all the other significant issues. These issues include child custody, alimony, child support, etc. You can find more information on an uncontested divorce in Georgia here: https://divorceonlinegeorgia.com/

By going the route of uncontested divorce, not only will you make your divorce far more affordable, but will also be able to avoid the enormous stress and emotional exhaustion that accompanies court proceedings.

How does the division of property work in Georgia?

If you and your spouse agree on how all of the assets will be divided, you can file for an uncontested divorce. Here, you will be required to formulate an agreement to be filed in the court. In Georgia, courts, by and large, accept such transactions, given that the terms and conditions fair and reasonable.

However, if you and your spouse disagree, the court will be entrusted with dividing property.

Division of property in an uncontested divorce in Georgia

If you and your spouse have reached an agreement and decided that you want to divide the property on your own, then there are certain things you must know. Even though the process of an uncontested divorce is a lot simpler and faster than conventional litigation, you still should familiarize yourself with the basics of property distribution that apply during a divorce in Georgia.

Before you start dividing up all the assets, you must know which property is considered a marital asset, and what should be categorized as a separate asset. It is essential to draw a clear line between the two because both you and your spouse are entitled to retain your separate property.

During a divorce, only marital property is divided. It can be tricky to split marital assets, particularly if the couple has substantial assets and properties.

Moreover, the law in Georgia addressing property division includes consideration of several diverse factors.  The following are three steps that you must take to pursue legal distribution of property during a divorce in Georgia:-

Like other equitable distribution states, in Georgia, the procedure starts with the accurate inventory of all assets and property owned by both spouses. Hence, you and your spouse will have to disclose all the assets and liabilities you have, whether individually or jointly.

Once taken into account, these assets are then categorized as either separate or marital property.

All property attained by either spouse throughout the entire duration of the marriage counts as marital property and therefore is subjected to equitable distribution. It includes property such as your marital home, cars, gifts presented by you and your spouse to each other, and other assets and debts accumulated throughout your marriage. It also includes both of your 401(k)s or retirement funds accrued during the marriage. Irrespective of the fact that only one spouse’s name is on the title, any asset acquired during the marriage is usually considered a marital asset.

Separate Property involves an asset that is obtained before the marriage or a property attained by either spouse during the marriage, as a gift or inheritance provided by a third party. For example, suppose a spouse inherits a property that was left explicitly in their name through a will or power-of-attorney. In that case, that property, even though acquired during the marriage, is considered a separate asset.

Given how property is divided differently depending upon how it is classified, it becomes vital to distinguish between separate and marital property correctly. It will help you to obtain a fair settlement of property during a divorce in Georgia.

In Georgia, Separate property is conventionally retained by the original owners. Hence, as a general rule, you and your spouse will be able to hold on to whatever assets you had acquired before you got married, or obtained as a gift or inheritance from a third party during the marriage.

However, in the case of Marital property, the division is done by adhering to the rule of ‘equitable distribution.’ This rule implies that the property would be divided among the spouses based on what could be considered just and fair. Often the ambiguity of this rule ends up producing unequal outcomes. There are several cases, where you will find a marital property not divided precisely equally.

Instead of distributing marital property equally between the divorcing spouses, the Georgia family court prefers to evaluate many different factors. Only after a thorough evaluation of these factors will the court decide how it will divide the marital property.

How do Courts Divide Marital Property in Georgia?

Once settled as to which assets are separate and which assets are marital, the court sets out to determine how to divide the property. Usually, divorce courts adhere to the notion of fairness, exercising absolute discretion while deciding on how to distribute the marital property. Therefore, in contrast to the community property states, courts in Georgia are not mandated to follow any pre-decided guidelines or protocols. Hence, a judge can distribute property in any percentage, depending upon what he/she believes is fair and just according to the particulars of any given case.

The following are the significant factors considered by the courts in Georgia for determining a fair and equitable distribution of marital property:

By taking all of the above into account, the court decides the ‘equitable’ proportion in which the marital assets would get distributed among the divorcing spouses.

Be careful of asset concealment during divorce

It is an unfortunate truth, but the concealment of assets is a pretty common practice among divorcing spouses. Often, people try to influence the result of the property distribution procedure. They do this by hiding some of the assets they own.

To safeguard yourself from asset concealment during a divorce in Georgia, you must be vigilant and pay close attention to your spouse’s financial dealings. Always be alert, and try to catch the potential warning signals of asset concealment. Beware of the following signs:

Despite the clear law put in place by the state of Georgia, some assets are quite tricky to distribute. These assets include retirement benefits, pension plans, and other future benefits that cannot be divided because they are not presently liquid. Usually, in Georgia, the court issues a qualified domestic relations order that divides the assets into two accounts, one for each of the divorcing spouses.

You may be interested in: “How to Help Your Divorce Case Go Smoothly”