How Do Oil and Gas Companies Make Money 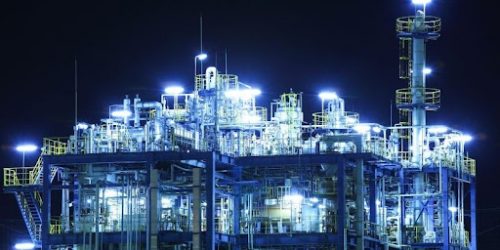 The oil industry dates back to at least 1859, and when you include collecting seeping oil, tar, and asphalt from surface pools, it dates back thousands of years, so it’s more akin to wondering how wood-based products, limestone quarries, cotton, cattle, and fisheries will profit in the short term as if demand will evaporate (although it may well shrink, as shepherds have seen with sheep’s wool, milk, meat, and leather in significantly less demand.

Top Jobs In the Oil and Gas Companies

Pay isn’t everything, but it is a significant one. If you can’t entice staff with excellent corporate citizenship or environmental friendliness, you’ll have to pay up. So, where are oil and gas corporations investing the most money in their search for top talent?

When high demand for crude oil drives exploration and production, oil service companies profit, when demand for fuel and value-added petroleum products is high, refineries profit, and they don’t mind if crude prices fall.If you want to pursue your career in the oil and gas sector then you can find out more about oil and gas jobs through Primusworkforce.

Production engineers are responsible for developing and selecting well equipment to get it to the production stage after drilling. They often have petroleum engineering degrees. They also keep an eye on the well while it’s running to ensure that it’s still productive and profitable. They make around $125,600 annually.

Managers of health, safety, and the environment create and administer organizational safety programs. They undertake risk assessments and devise preventative measures, as well as review and update HSE policies. BA in occupational health, safety management, or environmental science is one of the requirements. They make around $126,874 annually.

Project Engineers make certain that design, construction, and significant maintenance projects are performed safely and on time. They look over progress reports and proposed construction improvements, as well as monitor and communicate project status to stakeholders. They make around $126,846 annually.

Mechanical engineers provide assistance for plant equipment as well as design, develop, install, and maintain oil and gas processing equipment with an emphasis on safety, dependability, quality, and sustainability. They make around $127,828 annually.

Drilling supervisors oversee the drilling process and ensure that it is completed on schedule. Drilling supervisors, unlike most other top occupations in the oil and gas business, rarely require a bachelor’s degree. Years of experience, on the other hand, are normally required. Drilling technology or mechanical engineering degrees are preferred by some employers. They make around $148,476 annually.

Exploration and drilling are the first steps in the oil process cycle. There are many more. Let’s learn about them all.

This is a capital-intensive phase in which corporations invest a lot of money but receive no return, but it is an investment in future revenue.

Crude oil must be refined before it can be used as gasoline or diesel. The refinery enjoys a profit margin during this procedure. The refiner earns money based on the amount of oil that is processed. That’s a dollar multiplied by a billion barrels each day. Oil businesses obtain their products, and the cost of oil, including refining, might be close to $20 per barrel.

Oil is subsequently sold to customers at retail shops, which is mostly determined by the oil price. Oil firms make a lot of money here. They make money based on how much they sell. Because the volume is so large, even a profit of $1 per liter adds up to $1 billion.

Why Are Oil Companies Like Shell and BP Making Huge Profits

They have benefitted from soaring crude oil prices of about $120 per barrel, which has resulted in average unleaded petrol costs of nearly £1.10 per liter, or £4.99 per gallon, for motorists. The corporations claim that exploration and production generate the majority of their revenue rather than forecourts in the United Kingdom. Lower production volumes, increased taxes, and rising costs somewhat offset the impact of higher oil and gas prices on revenues.

The Markup on a Gallon

Regardless of whether oil prices are high or low, downstream operations—that is, the costs and revenues associated with selling gasoline—have always played a little influence in overall oil company earnings and in determining gas prices. A gallon of gas has a 30 cent markup, and after expenses, such as credit card fees, which can be 10 cents or more per gallon, retailers make roughly 10 cents per gallon.

This is very dependent on the deposit and other factors. It isn’t even a number that can be used as a guideline. Saudi Arabia, which was once one of the cheapest places to extract oil, today has a gross cost of production of around $90/barrel and doesn’t earn a profit on oil until it reaches around $100/barrel. Oil in the United States, where it is produced differently, can cost as little as $30 per barrel or as much as $65 per barrel. It varies drastically depending on where you are in the United States.

Competition on the forecourt pushes down prices, and oil corporations maintain that their garages make little money. When crude oil is expensive, the seller’s earnings increase, while the buyer’s costs increase. The businesses claim to make money in the “upstream” half of the business, crude oil exploration, and production, but not in the “downstream” component, refining and selling fuel.