How Do Stanchions and Ropes Make Crowd Control Easier? 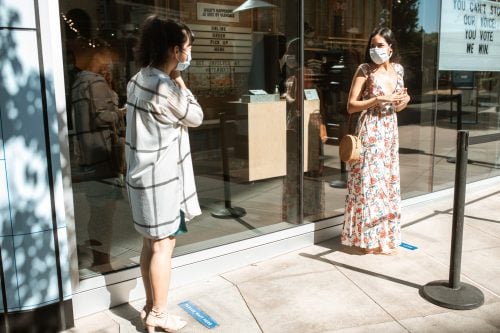 Stanchions can be used in areas where crowd control is required – sports events, concerts, festivals, etc. They aid in keeping the people attending these events safe and secure.

Stanchions are meant to allow for efficient queuing so that people can line up at an appropriate place without disrupting any of the surrounding spectators.

Here are some top reasons why an organization or event might need to set up stanchions and ropes in specific strategic areas.

To Give Direction to Attendees

It can be challenging to keep track of participants’ whereabouts in large-scale exhibitions, conventions, concerts, festivals, etc. Stanchions can help make things run more smoothly by directing participants where they need to go.

It saves them time and reduces the chances of getting lost in the crowd.

Often large crowds are tough to manage, and it can become difficult to ensure the safety of those present.

One way to control this situation is to install stanchions and ropes in different areas so that people know where to line up and engage with certain stalls or activities.

To Divide an Audience into Sections

There are many instances where organizers might want to divide audiences into different sections for a particular event. For example, each country is seated separately during the Olympics to cheer for their athletes or teams – this is possible because of careful planning and arrangement using stanchions.

During high-traffic events, it’s often necessary to separate participants into queues for different areas. It can be done using stanchions and ropes, which allow for a more organized experience.

To Control the Human Traffic

When large crowds start breaking out in an area, managing them and ensuring safety precautions becomes difficult. It is where a set of stanchions and ropes can help.

During the 2000 Olympics, it was observed that people were trying to climb over barriers and walls to get closer to athletes, which was obstructing regular traffic. Using stanchions and ropes helped get this under control so that everyone had equal access and people could easily find their designated seating areas.

For specific exhibitions, private events, or concerts, it is necessary to control the number of audience members who can access a particular area and how far they can travel inside. Stanchion and ropes come in handy for this purpose.

Sometimes, when a dedicated security team isn’t present at an event, stanchions and ropes can help keep the attendees from engaging in unruly behavior.

For example – during festivals or concerts where alcohol is served, it becomes necessary to separate youngsters who are already drunk from the rest of the crowd and take them to a designated zone. It can be quickly done using stanchions and ropes.

Sometimes, there are specific areas where attendees aren’t allowed, so marking those boundaries with stanchions or rope barriers becomes necessary.

For example, during weddings, the guests should be made aware of the no trespassing zone where they can’t enter.

To Encourage Movement Towards a Specific Direction

For events such as dances and fashion shows, it is essential to direct people towards a particular area to engage with what’s happening there.

Stanchions and rope barriers are helpful for this purpose because they allow attendees to move in a particular direction.

According to reports, the market for barrier systems was around $15.78 billion in 2015. This report showcases the importance of barricades for safety and organization.

For Queues to Form

Similar to the above point, stanchions and ropes can be used during events where there are plenty of stalls or activities people want to engage with concurrently.

It makes it easier for them to line up in these areas without creating any fuss or commotion.

To Make Sure That Events Are Fully Supervised

When there aren’t enough security personnel available, it becomes necessary to use stanchions and ropes to ensure that all activities at the event are carried out safely.

To Create a Demarcation Line Between Security Personnel and Audience

Sometimes, there are cases where it is necessary to keep attendees away from the guards or other security personnel during events such as plays or concerts. In this case, stanchions and ropes can be used to create a barrier between them so that the audience doesn’t have to worry about getting too close to the security personnel.

To Create Queues During Emergencies or Evacuations

When people are trying to move away from an area because of a fire, natural disaster, terrorist attack, etc., they must keep in mind where they are going.

Stanchions and ropes come in handy because they help people move towards a specific zone that has been restricted for safety reasons.