How FanDuel is shaping up to be Americas #1 iGaming company 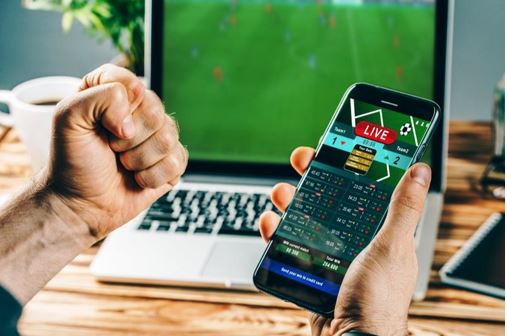 Sports betting and online gambling is still in the early stages as far as the American markets are concerned, but major moves are being made in the seven jurisdictions that currently allow some form of sports betting to exist. As more states make the move to allow gambling and its online accessories, companies are coming in and positioning themselves best to take their slice of the pie. One of these companies, FanDuel, is well on their way to becoming America’s #1 iGaming company.

Even though the dazzling lights of Las Vegas are sure to be thought of first when talking about gambling, New Jersey is hot on their heels. The jurisdiction is just slightly behind in terms of the number of in person casino facilities, but when it comes to the online gambling market, New Jersey is in another ballpark altogether. The state racked in nearly a billion dollars of revenue on which to draw upon from online casinos alone in 2020. The last month of that calendar year was one hundred percent higher than the same time the year before.

These numbers represent astronomical growth: more so when it’s kept in mind that the last two years have been in the grips of a global pandemic. The brick-and-mortar counterparts did experience a significant revenue decline, expected with the various business restrictions put into place as a result of COVID-19, but it may also be signaling a consumer shift in interest towards online gambling as a whole that’s here to stay. In a bid to capture this market, FanDuel has even announced a new pure casino app in America’s largest online casino market. Even if they grab just a fraction of the overall market, they’ll make leaps and bounds compared to competitors that haven’t yet established themselves in the Garden State.

Initially, FanDuel was unable to obtain the proper licensure to become a registered online casino in New Jersey. This was due to their partnership with Meadowlands Racetrack, which was a strategic partnership caused by the law in the state of New Jersey, which mandated that online gambling platforms have at least one location physically present in the state. However, thanks to their parent company Flutter, FanDuel was able to use a license from Flutter, thereby gaining access to New Jersey’s massive online gambling market.

FanDuel and DraftKings, one of their leading competitors, have captured seventy five percent of the online gambling market share even before the move to New Jersey. With the nation’s largest online gambling jurisdiction in their grasp, FanDuel is well on their way to claiming not just a stake in New Jersey’s gambling scene, but also to set itself up as the premier online gambling company in the nation.

FanDuel has been present in Michigan for some time now, but on July 22nd they added live dealer games to their repertoire. Live dealer games allow consumers to get a more augmented version of the online casino experience, one that is more similar to the in-person counterpart due to its high paced nature. Already number two in the state, with their expanded offerings it’s likely they may be able to leapfrog past BetMGM to claim the top dog spot for themselves.

With online gambling in the United States still in its infancy, major players are still in the process of being made. However, as FanDuel continues to make smart moves in America’s biggest gambling markets, they’re definitely shaping up to be America’s number one online gambling company.

You may be interested in: Will Online Gambling Help The US Economy Post-Pandemic?