Wi-Fi is everywhere. Today’s generation can walk from the parking lots of their suburban houses to shopping malls a mile away without switching between Wi-Fi and carrier mobile data. Nine big metropolitan cities worldwide have a massive Wi-Fi dome surrounding their city, providing free Wi-Fi services to their citizens 24/7. 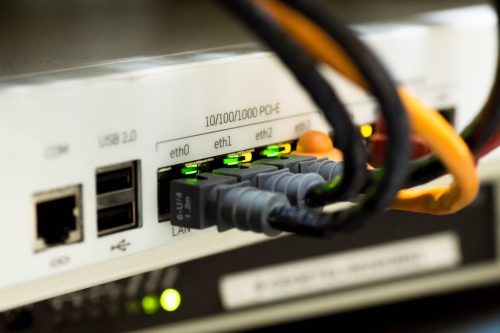 In the near future, everyone will have free Wi-Fi, as the planet will have a blanket of infinite wireless data surrounding it, with skyrocketing download speeds. Users will download terabytes of data within seconds by tapping on their mobile touchscreens, tablets, and laptops. Not to take a jibe over it, but carrier mobile data packages would become a futile artifact of the old ages when wireless fidelity was still in its diapers.

A misconception among people is that 5G and 5G Wi-Fi are one and the same. However, 5G represents the fifth generation technology for mobile data transfer, while 5G Wi-Fi represents a high-speed frequency band for data transfer.

The Story of Wi-Fi

Wi-Fi has a rather peculiar source story. In the ’80s, John O’ Sullivan, an astronomer in Australia’s remote outbacks, in the midst of looking into space for exploding black holes, found an alternative to the extremely tedious task of reading photo negatives. Using Fourier transformations (a mathematical operation to convert one form of energy to another), he invents a microprocessor that could take information from space and convert it to understandable data.

Using this technique, he gave us a microprocessor that converts data into radio waves using unique frequencies to transfer data, marking the birth of wireless fidelity. However, it was too early for its time as most of the available chipsets were not compatible with his technology.

Many years later, he gets a patent for his Wi-Fi tech, and the Institute of Electrical and Electronics Engineers (IEEE) adopts his brainchild as a standard for all modern-day Wi-Fi access points.

The term wireless router is actually a misnomer that we have set as a standard for all-in-one SOHO devices, which function as wired LANs, network switches, and wireless access points together. While dual-band Wi-Fi router setups follow the traditional access point design, a triple-band Wi-Fi network boasts better functionality with an upgrade over the older dual-band access point design. However, they each have drawbacks, which we shall discuss further.

The simultaneous operation of two frequencies (2.4Ghz or 2G and 5.4Ghz or 5G) falls under the dual-band category. This is the norm in most modern-day routers. On your next router purchase, note that certain routers have dual-band mentioned on them. This type of transfer allows devices to access the fast but low-range frequency band of 5Ghz (max speed of 1.7 Gbps) and the slow but long-range frequency band of 2.4Ghz (max speed 300 Mbps) based on device compatibility.

This type of access point gives users the ability to simultaneously access three frequencies while intelligently allocating the right frequencies after processing client device compatibility. The frequencies used in triple-band transfer are 2.4Ghz, 5Ghz-A, and 5Ghz-B. Speeds would vary between 300 Mbps and 1.7 Gbps theoretically for both dual-band and triple-band Wi-Fi routers, depending on the IEEE standards they follow.

In real-world applications, routers’ speed diminishes considerably due to the interference of physical obstacles and other electronic devices, frequency clashes with other Wi-Fi routers present in the area, sharing Wi-Fi with multiple clients, etc. Fortunately, you can find tables on theoretical and physical speeds of Wi-Fi networks based on IEEE standards.

Theoretically, a 5G Wi-Fi network promises a maximum speed of 1.7 Gbps. Considering all interferences during real-world applications, the speed 5G Wi-Fi devices can provide is 210 Mbps to 1 Gbps. This is the limit of most Wi-Fi devices these days, regardless of dual or triple-band frequencies. However, you can still buy a new top-notch Wi-Fi router. If it’s out of your price range, you can always try your luck in one of the best mobile casinos for android devices and boost your budget!