How Geeks Have Become More Important to Sports Than Jocks

Once upon a time, not so long ago, sports were the domain of the jock. While geeks had their place as waterboys and scorekeepers, they were not valued much beyond that. However, nerd culture has risen sharply over the past couple of decades, both in and out of sports. 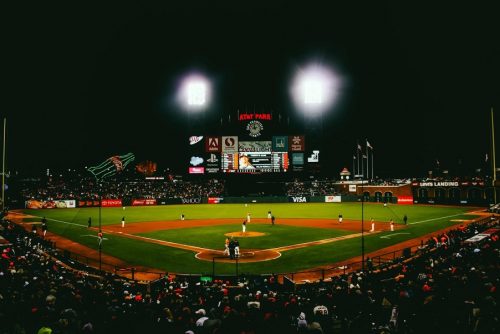 These days the importance of those obsessed with the math and science behind the games is more important for the success of professional sports than the athletes themselves.

Reasons for the Shift

The shift in who is most important to professional sports has been almost entirely one way. The shift is far more about a rise in the importance of the people behind the scenes than about a decline in the importance of the athletes themselves. The athlete’s importance has remained pretty steady. However, people focused on the things behind the game going from pretty much unnecessary to incalculably valuable has been the real change.

When looking at the shift, we will focus on team sports for simplicity’s sake. While the role of non-athletes is higher in team sports than in individual sports, many of the observations still do apply to both.

The factors that have pulled the non-athlete into prominent positions have largely revolved around two main topics. Statistics and Technology.

Sports statistics have been around as long as sports themselves. They began very simply, with scorekeeping, so you knew who won the game. Then, as more people began participating and leagues started to form, championships were created, and season records needed to be tracked. After that, though, is when tracking of statistics really started to become important.

Individual statistics began to be tallied. This data compilation allowed teams to better assess their players’ worth. The contributions of some players to the team were undeniable. However, the value of other players was harder to appraise without proper statistical analysis.

The inability to properly judge a player was especially true for fans who did not see games on a regular basis. They might witness a couple of games where a lower level player excelled, and a higher level player struggled and mistake which one was truly better.

The gathering and distribution of these statistics helped many people to better evaluate players and the value they added to the team. Today tools like the AJNA real-time sports data collector make all the statistical data anyone could hope for available for analysis.

However, many early sports statistics later proved to be misleading. Further critique led to the development of more representative statistical models of what was valuable about a player.

One great example of misleading statistics comes from one of the most statistics-driven sports on the planet: Baseball. This American pastime is full of overvalued statistics like ‘wins’ and ‘saves’, which rely heavily on what the rest of the team does and not always so much on how the pitcher who accumulates these stats performs.

However, the statistic under the microscope in this example is fielding percentage. Fielding percentage has to do with the number of times a fielder commits an error in the opportunities they get to field the ball.

This statistic looks pretty straightforward on paper. The higher your percentage, the better defensive player you are. For a long time, this is how most people viewed this number. It is easy for anyone to understand. It is also deeply flawed. One of the most important things ignored by fielding percentage is the range of a fielder.

Say you have a shortstop who cleanly fields every ball hit his way all season and throws it on with perfect accuracy. You would think he must be the best shortstop in the game, and his unblemished fielding percentage would back up that assessment. However, maybe there is a faster shortstop, who makes an occasional error, but also can cover a lot more ground.

Maybe the second shortstop makes six or seven errors on the season that allow runners an extra nine or ten bases. At the same time, though, by covering more ground, they get to thirty or forty balls that the first shortstop never could have reached. By doing so, they deny the other teams dozens of bases on the season.

While fielding percentage tells us that the first fielder is better, it takes an analytical type of person to look both at what the statistics are and are not showing to properly assess the worth of the player. This deeper delve into what assets help a team to win has greatly changed the way that many organizations build their teams. It affects who they draft, who they trade for, how they develop their players, how they train, and how they manage a game.

The other biggest factor in making professional sports what they are today and ensuring that they have a future is technology. In the past, the most important technological developments in sports had to do with making equipment that helped athletes to perform better.

Developing performance-based technology is still an industry with a lot of money behind it. However, in recent years the number one priority has shifted. The primary focus is now directed at safety. With a better understanding of the dangers of concussions, it has become paramount for sports like football to limit the number of these injuries that players suffer to keep the game alive.

Of course, there are also many large roles in making professional sports work, which extend beyond the game as well. The design and creation of stadiums, the media broadcasts of games, and the internet presence of teams all help to grow and keep fanbases to ensure the long-term popularity of the sports.

Jocks are still a vital part of sports. Nobody wants to watch the geeks out there playing poorly. Without the geeks, though, few people would care enough to watch the games, and professional sports would not be a real thing.

Interesting Related Article: “Do Sports in The UK Depend on Bookmakers?“