How has Gambling Changed Over the Years? 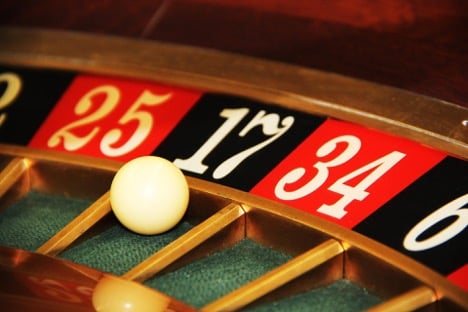 Hundreds of years ago, gambling looked quite different. Games like Poker and Blackjack, or even slots, didn’t even exist.

In the medieval era, wealthy people – the nobles and upper-class merchants – wagered on horse races, hunts, chess, various sports and some card games. The former were popular in Europe and the latter in China. Less privileged folk would bet on simple games of dice and the like.

Over the years, gambling has changed to become what we see today. By looking at an abridged history of gambling, it’s possible to draw conclusions about how it will continue to develop into the future.

Gambling in the Industrial Age

Around the 17th and 18th centuries, modern casino games started to emerge. Roulette emerged in France in the 1790s. It is apocryphally attributed to the famous mathematician Blaise Pascal.

By the end of the 19th century, Roulette had spread all over the world and the most popular variants – French, European and American – were established.

Blackjack’s origins aren’t quite clear, but historians estimate it also appeared sometime in the 17th or 18th centuries. Baccarat was first played in the 19th century. Poker, despite its fame and popularity, was actually quite late compared to the others. Even though there are some records of it dating back to the late 19th century, it only got really popular in the 20th.

Finally, the very first mechanical game of Slots was invented in 1891. It was an instant hit.

Even though so many games emerged during this period, gambling was quite heavily restricted. Most action took place at underground bars, dens and betting establishments. Even in those countries where the government freely allowed gambling, the religious authorities were quite against it.

Gambling did not really become legal in many places until the later half of the 20th century. Even today, it is illegal in a lot of places.

The Emergence of Modern Gambling

The modern era of gambling is generally assumed to have started in the 1970s. In 1975, the first video slot machine appeared. Around this time, many places were also legalizing the activity.

At the same time, video games were becoming more and more commonplace. Casinos were not far behind. In the 1990s, the first digital gambling software developers started to pop up, such as Microgaming in 1994 and NetEnt in 1996. You can check out places like Netent Casinos ideal and choose from a massive list of games.

Can you guess what else also appeared at this time?

The internet, of course!

Online Gambling and the Future

Today, physical and online gambling are on par with each other. While destinations such as Las Vegas and Macau still draw exorbitant numbers of visitors, online gambling has made it accessible to everyone. Even if there are local restrictions, players can use proxies and VPNs to bypass those.

In the 2010s, live casinos became popular in the online gambling scene. They are essentially the same as a physical casino, only relayed through a video stream. Today, technologies such as virtual reality and augmented reality are bridging the gap between physical and online casinos by making the latter a more immersive experience.

You may be interested in: Stepping Ahead of the Competition in The Digital Era