How Is the Raw Material Crisis Affecting Other Industries?

The crisis in the raw material market is slowing down the recovery.

What is happening to the industries that suffered less from the pandemic crisis. 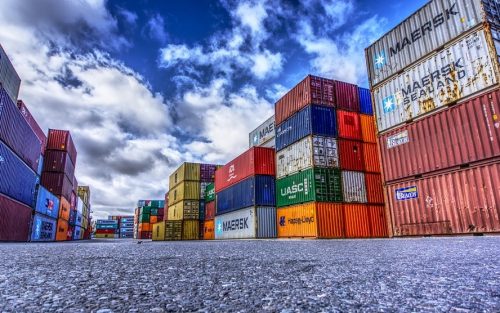 Since the pandemic broke, in every European state, the local government stopped many activities such as hotels, restaurants, bars, salons, gyms, clubs and many others.

Some other activities were allowed to continue, to contain the general collapse of the economy, but after months of uncertainty, stop-and-go and fluctuating consumption, a new problem appeared in finding the raw materials.

Chemical factories producing polymeric products for several industries (such as paints, plastics, packaging, cars) and the dry semiconductor electronics industry are suffering more then others.

Some essential raw materials almost disappeared on the market and their prices almost doubled compared to the end of the last year. The problem we detected in various companies is that the rising in prices is just a part of it: the materials are not delivered or are delivered late and in smaller quantities than requested.

This triggers cascade delays in delivering orders and the companies find themselves in the paradoxical situation to have orders that cannot be fulfilled. The consequence is that many companies have been forced to reduce the production capacity, with a negative impact on the employment situation too.

What is the cause of this raw material crisis?

This is the main question everybody asked since the beginning and the answer is a combination of different factors. The main one is decades of savage relocation of the European chemical industry to the Far-East. To save on labor and environmental costs, the whole production of the monomers, the “bricks” of chemistry, has been moved, so we remained without.

The companies had assumed a decline in demand caused by the pandemic, programming a diminished production. The sudden explosion of the chemical and automotive industries in Europe caused a short circuit between supply and offer.

Another relevant cause is the strong restart in the Chinese economy, that kept the production for itself, leaving expensive leftovers to Europe and United States.

Moreover, there are to be considered the incentives to the construction industry given by several governments in order to awake the economy. These created an outburst in the demand of steel and iron too, with consequences on the respective quotations.

What will be the consequence on the economy?

If the supply chain will recover with higher quotations, there will be an outburst of inflation, but the aftermaths will probably be acceptable. If the supply chain will still be insufficient, we will find ourselves in a paradoxical situation where we will not be able to restart quickly, because what we need is only produced in the other side of the world. At this time, it’s only possible to suppose and we will have to wait for a few months to see everything working again, from chemical implants to transportation by ship, these too (obviously), in chaos.

The voice of the industry

We contacted some companies that work in different industries. A company that produces textile machinery in Como tells us that they are not able to buy PLC (industrial control chips) anymore, because they are not available on the market. Since they have commissions to fulfill, they say they will dust off the old relay systems, a 20 years step back. A company that produces epoxy resins in Poland, one of the few left in Europe, is strongly slowed down, because the monomers come from India and China. “The production capacity in March has been 63% while the demand would need the machinery to work at 100%.” The CEO of a company that produces paints, especially metallic paints, Cromas, says that “it’s a great sorrow to have orders and struggle to fulfill them due to a lack of raw materials. These arrive late and often in reduced quantity, with high quotations, impossible to pour on our clients. Let’s hope this situation gets better soon.”

As said before, even the transportation by ship is in chaos and it is well known that all the raw materials are transported by ship in containers. The sudden stop in economy with the first pandemic wave caused an uneven distribution of containers and ships that doesn’t coincide with the market necessities. So, the containers and ships are empty here in Europe and the raw materials that need to be moved are in China and in the rest of the Far East, without the means of transportation. This causes a raise in quotations and in the shipping times. The “China Container Industry Association” published a report where, in January already, the medium shipping times switched from a medium of 60 days in 2019 to 100 by the end of 2020.

Sadly, the pandemic stopped many activities to follow an unexpected administrative order. The world truly stopped for a few weeks. We tried a sudden restart and it has been seen that it’s not that simple, you can’t just push a button. Relocation too must be re-examined, it puts in a fragile position who overuses it in the name of a saving that should be more carefully evaluated.